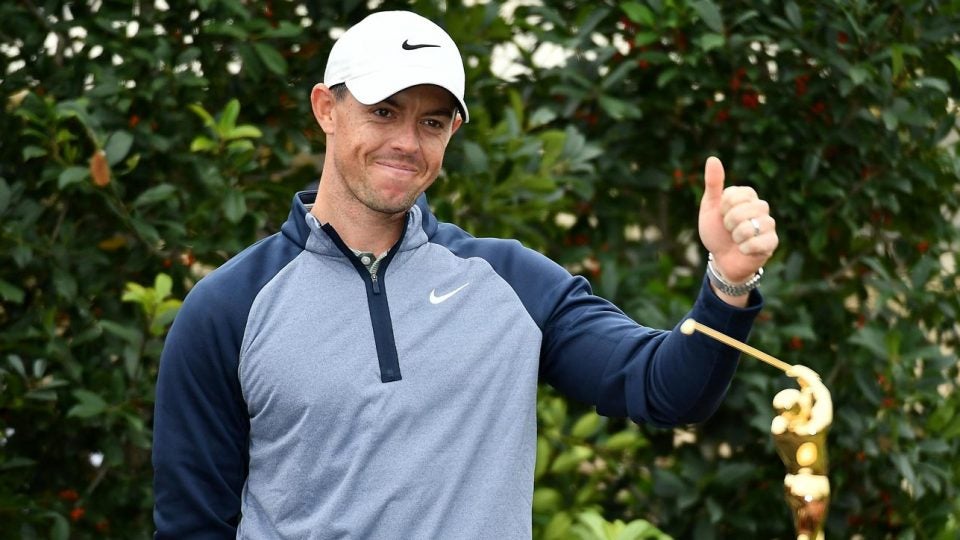 Just one week from today, 2019 Masters Week will begin at Augusta National. Here are where Masters odds stand with 10 days to go before the start of the tournament.

The current leader in Masters odds shouldn’t be a surprise to anyone: Rory McIlroy. McIlroy picked up a huge win a few weeks ago at the Players Championship, and he rose to No. 3 in the Official World Golf Ranking after the Match Play.

McIlroy has been one of the Masters favorites annually ever since he blew a huge lead in the final round of the 2011 Masters. He finished T5 last year at Augusta, his fifth consecutive top 10 there. Thanks to that history and his recent solid play, McIlroy sits at the top of the Masters odds heap with 8/1 odds to win his first green jacket.

The player with second-best odds to win the Masters right now couldn’t realistically be any further down the list (and just might be the true favorite): Dustin Johnson. DJ currently has 10/1 odds to win his second major.

In addition to being World No. 1, DJ has already collected two victories in 2019. He won the inaugural Saudi International on the European Tour in early February. He then backed it up with a five-shot win at the WGC-Mexico Championship (where McIlroy finished a distant second).

Tournaments
‘I won’t miss the place’: Ernie Els is fed up with the Masters and Augusta National

Two players are tied for third in the current Masters odds: World No. 2 Justin Rose and Tiger Woods. Justin and Tiger are penciled in with 12/1 odds.

Tiger, of course, is looking to win his fifth green jacket and his first major since 2008 next week at Augusta National. Woods finished T32 at the 2018 Masters, his first appearance in the event in three years. For many years, Woods seemed to be permanent fixture atop the Masters odds, and for good reason. From 2005-2001, his worst Masters finish was T6.

Tiger’s game seems to be rounding into form just in time. He beat Masters favorite McIlroy to reach the quarterfinals of the WGC-Match Play last weekend, ultimately earning a T5 finish.

You can see the top 25 players in Masters odds below, and head over to Golfodds.com for the full list.