Every spring, as the rest of the country pushes its clocks forward, the Augusta National Golf Club somehow turns back time. The temporal shift takes place when the game’s elite golfers and most ardent fans ease down Magnolia Lane for yet another Masters. The tournament casts a spell on anyone who’s ever gripped a club, but maybe none more so than Fred Couples.

The laid-back World Golf Hall of Famer first competed in the Masters in 1983, and in the decades since, no event has been kinder to him. After his win there in ’92, Couples went on to tie the record, set by Gary Player, for most consecutive Masters cuts made, at 23. Even in more recent Centrum Silver seasons, his hair flecked gray, his balky back as unpredictable as ever, Couples has plied the azalea-bedazzled grounds with a spring in his step, notching six top-20 finishes since 2010, the year he became eligible for the Champions Tour. “There’s just something about the place,” Couples says. But what, exactly? In the run-up to his 34th Masters appearance, the age-defying 59-year-old walks us through the five spots at venerable Augusta National that never fail to make him feel like a man reborn. It’s a sense of renewal familiar to us all as the Masters approaches, a tradition as certain as the return of spring.

“I still remember the first time I drove up it,” Couples says of the tunnel of trees that leads to Augusta’s iconic clubhouse. “I parked and headed toward the locker room, and the clubhouse guy says, ‘Hello, Mr. Couples.’ And I’m thinking, ‘I’m 24-years-old. I’ve never been here. How does he know me?’ And he says, ‘I know everybody.’” 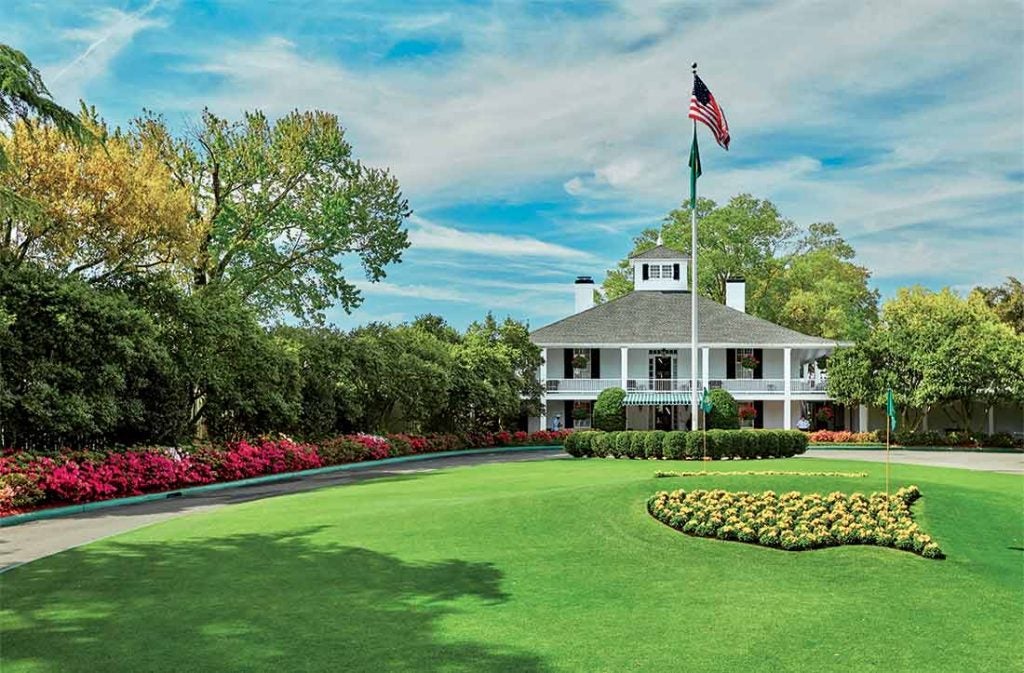 A view of the clubhouse after driving down Magnolia Lane at Augusta National.
Paul Severn

“I know it probably seems a little odd,” Couples says of his fondness for a hole that gets less love than a lot of others at Augusta. “But it just suits me. You can’t miss left, and my shots tend to move right, so I’m comfortable just playing a little cut off the tee. You always want to get off to a good start, especially at Augusta, and I’ve mostly been able to do that. I’ve got a lot of good memories to draw on there.” 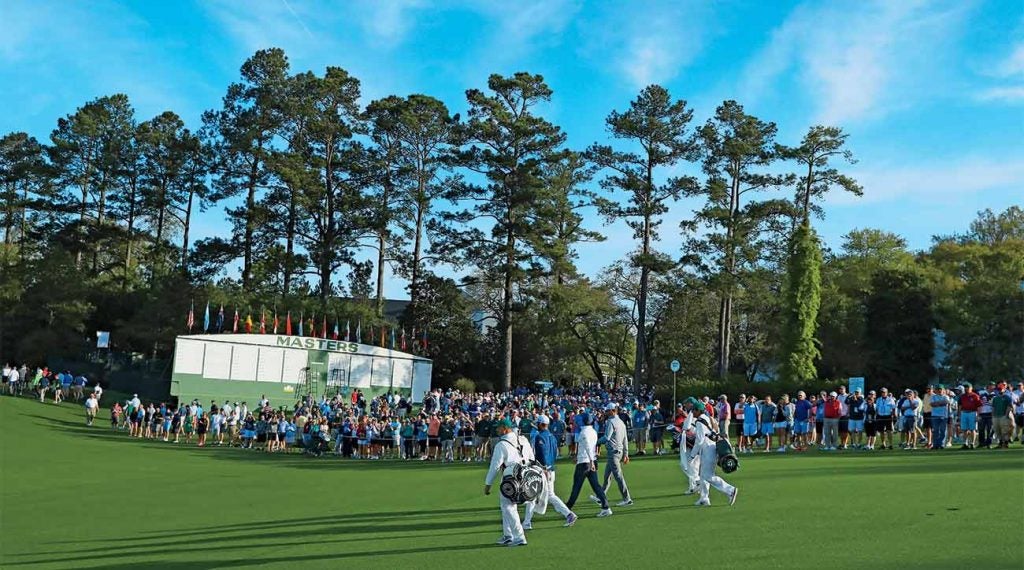 A walk up the first fairway at Augusta National Golf Club.
Getty Images

The treacherous midpoint of golf’s most famous three-hole stretch is No. 12, known as Golden Bell. But rather than a ring, what Couples says he senses is “a tingle of excitement,” which gathers as he strides toward the green on No. 11. “You’re walking down and there’s the big scoreboard on the left, the gallery on the right, and you can just feel it in the air. You’re entering Amen Corner. What else is there to say?” 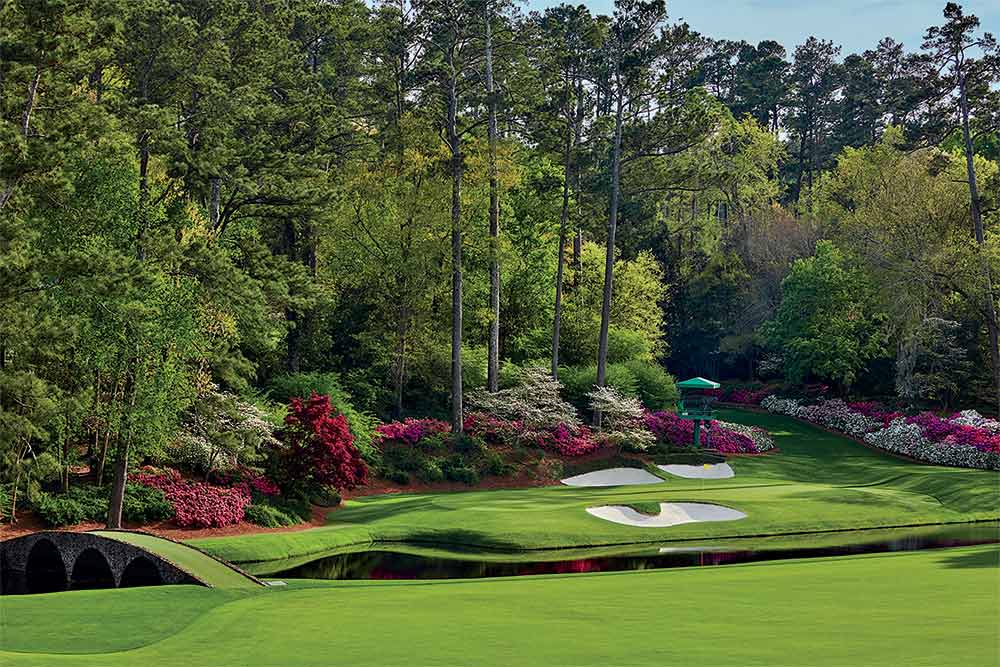 The 12th hole at Augusta National is in the middle of Amen Corner.
Paul Severn

Looking back from the fairway of the par-5 13th, there’s no view of the tee box, a secluded spot so still you can almost hear your heartbeat amid the trill of birdsong. But Freddy knows it’s there. “It’s just three players, three caddies and a cameraman, set back in the trees,” he says. “You’ve just played the 12th hole in two, three, four, five, maybe even six shots, and now here you are and it’s just so peaceful. There’s no one around you. It’s a chance to catch your breath.” 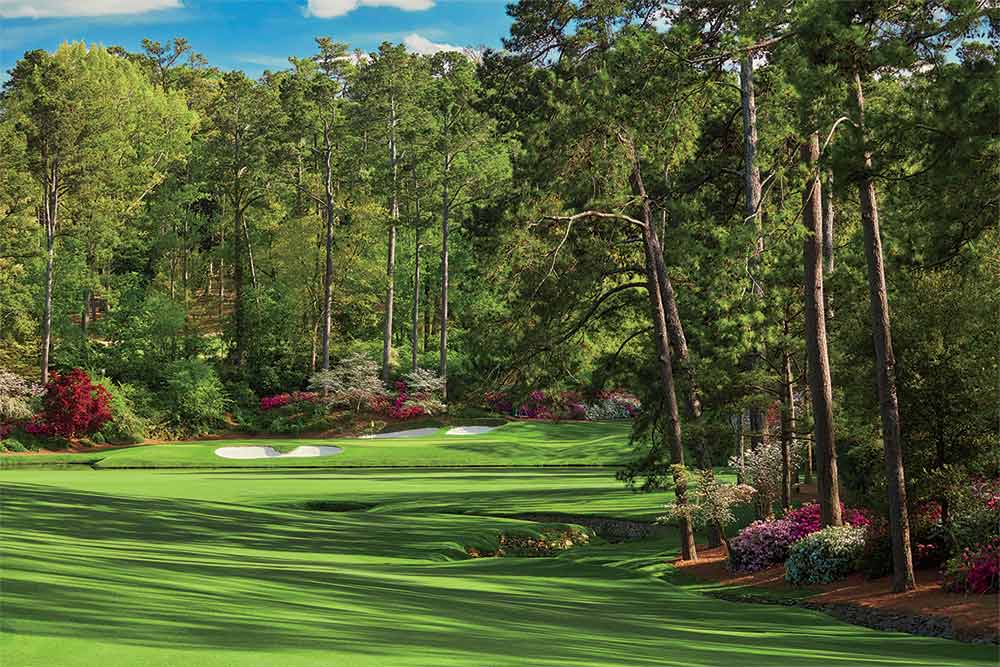 A view of the 12th green and 13th tee box (tucked back to the right) from the 13th fairway of Augusta National.
Paul Severn

If these walls could talk, they’d surely share some stories of the rarefied few and the feats that earned them entrance to this exclusive club within a club, which is on the second floor and accessible only to Masters winners. The names on the lockers—Nicklaus, Watson, Palmer, Woods, Spieth, and on—make up a roster of giants past and present, and it’s humbling to Couples to know that he’s included. “Not everyone gets to go up there,” he says. “Stepping inside is a reminder of what you did to get in.” 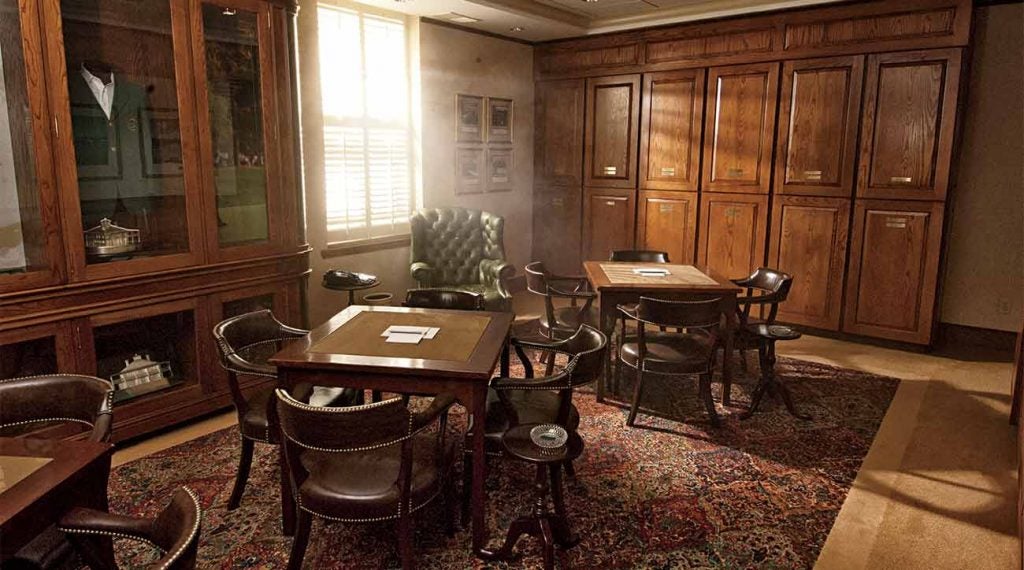