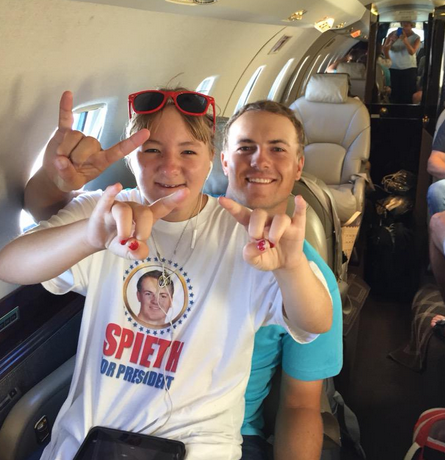 Ellie Spieth, with Jordan, has lofty career expectations for her brother.
Christine Spieth/@jsekiddos

Jordan Spieth took over the World No. 1 ranking with a runner-up finish at the PGA Championship this past weekend, but his family might have even higher calling in mind.

Check out the photo that Spieth’s mother, Christine, posted on Twitter of Jordan and his sister Ellie on the plane home to Dallas. We knew Jordan and Ellie were close, but we had no idea just how lofty her aspirations for him were.

Ellie wasn’t the only one on the “Spieth For President” bandwagon. Fans at Whistling Straits took up the cause as well.