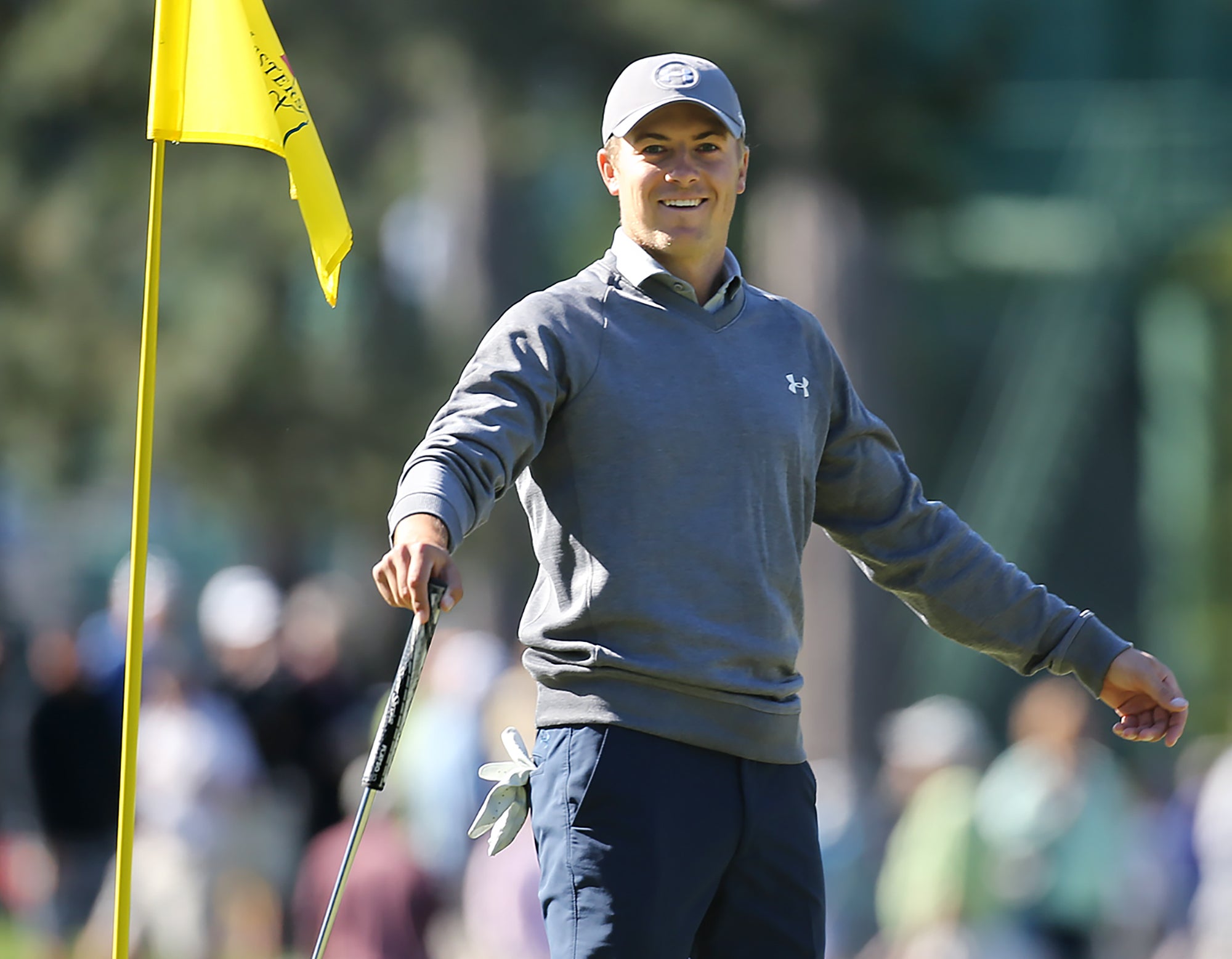 Masters defending champion Jordan Spieth smiles while putting on the third hole during a practice round for the Masters golf tournament in Augusta, Ga. Tuesday, April 5, 2016.
Curtis Compton/Atlanta Journal-Constitution

AUGUSTA, Ga. — It’s quite possible that Jordan Spieth, born and raised in Texas, was actually born for Augusta National.

Only one man has so aptly played his ball up and down hilly Augusta National, beating par nearly every time. More than a thousand men have competed at this course, in this tournament, but only Spieth’s scoring average begins with a 6, while everyone else’s starts with a 7 or (regrettably) an 8.

A rational and stats-focused pessimist would scream out “SAMPLE SIZE” or “REGRESSION” at Spieth’s lofty T2 and first-place finishes, because surely, Jordan Spieth will regress toward the mean (those hundreds of scoring averages north of par).

Surely, he will…until he doesn’t. Remember, he doesn’t have to.

Spieth has only played eight rounds here as a 20- and 21-year-old, and there is no scar tissue. He doesn’t have the 9-hole stretch in the 40s or even a round over par. The only time he faltered (to use the term loosely) was that final round duel with Bubba Watson in 2014, when Spieth shot even-par 72. That lack of effectual failure has Spieth level-headed and as in-the-moment as anyone attacking Augusta National this week.

“Fortunately, this golf course, I feel like I have such a knowledge of this golf course that I’m always playing to a certain spot,” he said Tuesday. “Maybe away from pins, that even if I want to make that kind of [aggressive] move, I won’t.”

But how much knowledge could 22-year-old Jordan Spieth really have of Augusta National? More than anyone had figured.

“I’ve also studied it from when I was eight years old, certainly the back nine. And the coverage of the front nine is far superior now than it was back then…Now everyone knows every hole.”

Everyone, including eight-year-olds we assumed were watching Disney. Every time Spieth plays Augusta, he’s sizing it up and looking to learn more, as he did in his Tuesday practice round with former champion Charl Schwartzel.

It certainly helps when the likes of Ben Crenshaw and Tiger Woods make themselves available. A 9-hole lecture with those two professors of the game last April helped Spieth clinch the Masters just days later. (He told that story a few weeks ago.) Spieth constantly proves himself to be a knowledge-thirsty student of the game. If Augusta National is the greatest annual exam in golf, Spieth might be the best test-taker. Anyone who has followed him and coach Cam McCormick during a practice round knows Spieth will walk on the tee Thursday fully prepared.

“I already knew going in tendencies of different holes and I just wanted to hit these putts that I’ve seen guys hit or shots into holes where the ball feeds,” Spieth said. “I love courses where you have to use your imagination and a lot of feel, so I just kind of had a unique eye for it, I guess, a passion for it.”

A passion for the Masters and Augusta National is far from unique. The place is filled with thousands of wide-eyed, silly-grinning patrons. Same goes for the 89 players, the 89 caddies, hundreds of media members, and those watching at home.

Spieth’s game just fits here. My GOLF.com colleague Jake Nichols recently spelled out what it takes to win at Augusta National, and he described it as a course where shorter putts are easier than normal, longer putts are harder than normal, and where accuracy approaching the green is magnified.

In other words, this course takes one of Spieth’s biggest shortcomings (3-10’ putts) and makes it easier while grabbing one of Spieth’s strengths (25-footers) and lets it shine. Who is the best putter in the world from 25+ feet? Jordan Spieth.

Before any questions were asked in his press conference Tuesday, Spieth offered a token of where he sees himself right now.

“Game actually feels better right now than I think it did last year.”

The rest of the field might consider that a warning.