Justin Thomas and Adam Scott lead, and everything else you missed from Round 2 of the Genesis Open

A lot of golf was played at Riviera Country Club on Friday, where Thursday’s morning wave of tee times finished their first rounds in the morning, and the afternoon wave had a marathon day, playing Round 1 in its entirety and as many holes as they could of Round 2.

Here’s everything you missed from Friday’s action at the Genesis Open. 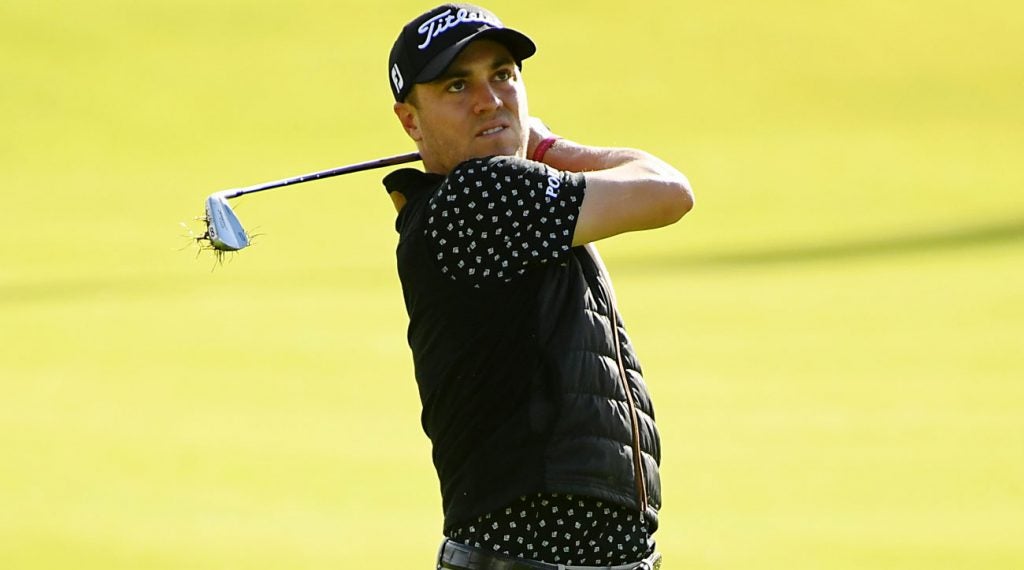 The birdies were flying for both Justin Thomas and Adam Scott, who share the current tournament lead at 10 under par — one shot ahead of J.B. Holmes at nine under par. Both  Thomas and Scott were just over halfway through their second rounds before play was suspended for darkness.

Thomas had three victories in 2018 and is seeking his 10th Tour victory this week while Scott hasn’t won since the 2016 WGC-Cadillac Championship. A win this week would make No. 14 on the PGA Tour for Scott.

News
Adam Scott: Rule changes have made pro golf a ‘laughingstock’
Tiger Woods was up and down

Tiger Woods played 30 holes in one under par on Friday. While he made several birdies and even an eagle (see highlight below), his good play was mitigated by too many mistakes. The tally so far: seven birdies, one eagle and eight bogeys.

Woods is currently T55 with six holes remaining in his second round.

In the midst of his scintillating first-round 63 (which tied the lowest opening-round score in Genesis Open history), J.B. Holmes added another highlight to his resume: a hole-in-one on Riviera’s sixth hole.

At the time, it tied him for the lead with Jordan Spieth. By the end of the day’s play, Holmes was third, at nine under par.

Holmes is seeking his fifth career Tour victory, and his first since the 2015 Shell Houston Open.

In a short-game showcase, Bryson DeChambeau holed out from off the green three times on Friday.

The 25 year old is lurking, only six shots behind the leaders at T14 through 31 holes.

Much like today, Saturday’s play will be a somewhat disjointed affair, with Friday’s players finishing up the second rounds they began this afternoon on Saturday morning beginning at 7:00 a.m. PT, followed by a second wave of players who will finally get to start their second rounds.

After the second round is complete, the cut will be made and players will be regrouped for the third round to get as many holes in as possible before darkness falls.