Here’s what you missed from Round 1 of the WGC-FedEx St. Jude Invitational

Jetlag? What jetlag? A fine showing of the world’s best players took the trip back across the pond to play this week’s WGC-FedEx St. Jude Invitational, right on the heels of the year’s final major, the Open Championship at Royal Portrush.

If the players had any issues transitioning from links to parkland golf, it certainly wasn’t evident in their scores. Here’s everything you missed from Round 1 in Memphis, Tenn.

Jon Rahm lit it up

After winning the Irish Open three weeks ago, Jon Rahm was one of the favorites heading into the Open at Portrush. He ended up T-11, but his general good form has continued thus far in Memphis.

Rahm shot a bogey-free 62 — 8 under par — to lead the field by three shots after the first round.

Much of Rahm’s success could be attributed to a hot flatstick. He made over 140 feet of putts on Thursday, and his Strokes Gained Putting stat was top of the field at +5.28.

The eighth birdie of the day.@JonRahmpga made 142’6″ of putts on Thursday at the @WGCFedEx.#LiveUnderPar pic.twitter.com/76oGbxjQcc 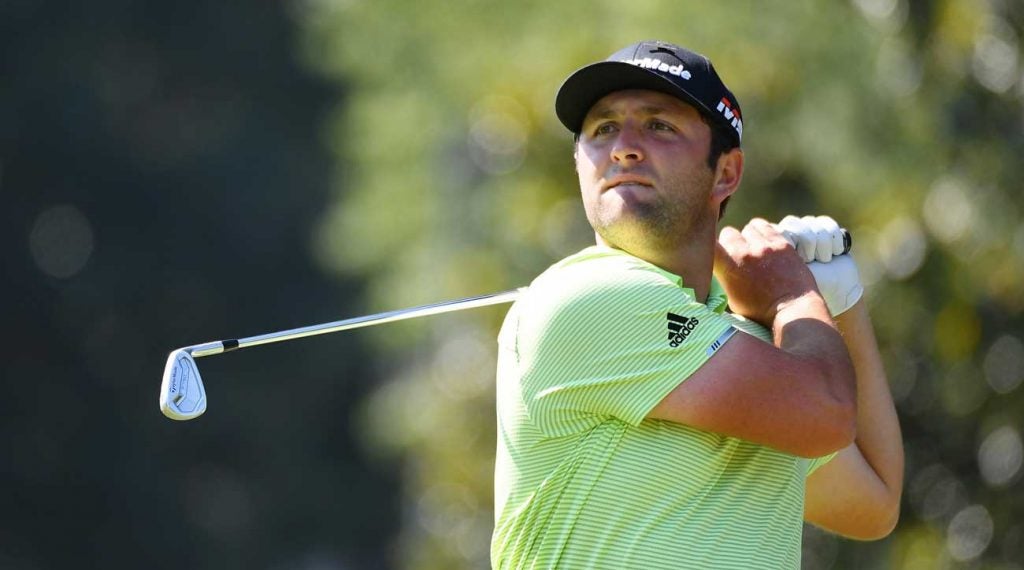 Patrick Cantlay, Bubba Watson and Hideki Matsuyama are all tied for second at 5 under after opening rounds of 65. Following them are Bryson DeChambeau and Justin Rose at 3 under par (67).

The two worst rounds of the day were fired by Kevin Kisner (77) and J.B. Holmes (76). But remember: There’s no cut at the WGCs, so players have three more rounds to improve their standing on the leaderboard.

News
British Open 2019: J.B. Holmes’ disastrous final-round 87 cost him a boatload of money
What about Rory, Brooks and Phil?

Rory McIlroy, Brooks Kopeka and Phil Mickelson are currently in the middle of the pack — under par, but not standing out. Rory is T-24 at 1 under, while Phil and Brooks are T-18 at 2 under.