The PGA Tour is south of the border this week for the first World Golf Championship of 2019 at Mexico’s Club de Golf Chapultepec. Here’s everything you missed from Round 1 in Mexico City. 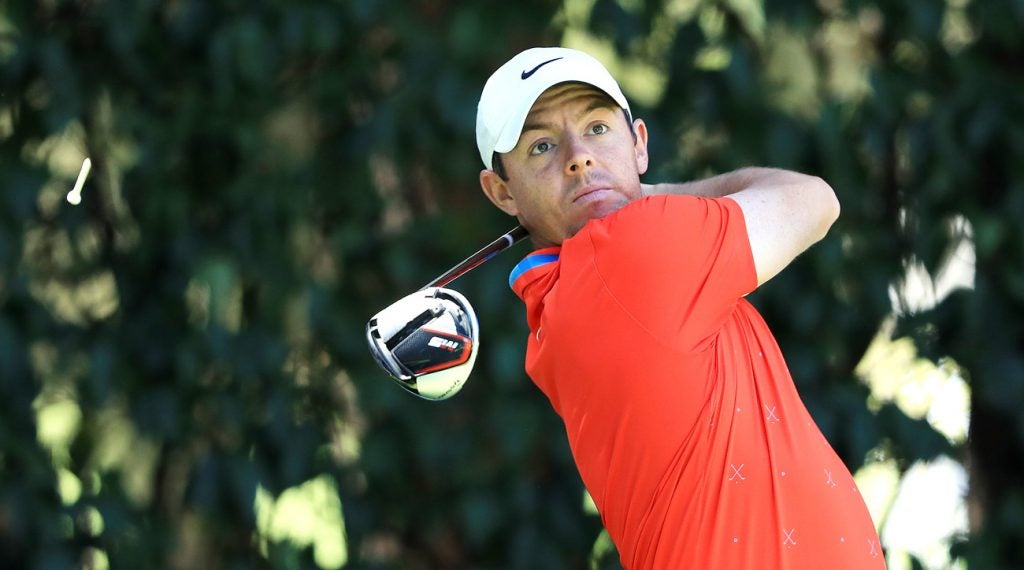 Powered by seven birdies, an eagle and a lone bogey, McIlory fired a first-round 63 to match his lowest round of the season.

Perhaps it was the putter that really got McIlroy going, as he made a solid handful of those testy six-plus-footers on Thursday.

McIlory is currently leading by one shot at eight under par, and is seeking his 15th career victory in Mexico this week.

DJ made just as many birdies as Rory did (seven!) but still ended up one shot back of McIlroy’s lead. But unlike McIlory, DJ’s card was clean and bogey-free.

JT’s opening round of five-under-par 66 is currently good enough for a third-place tie with Matt Kuchar, but — lest we forget — he’s capable of much lower scores on this course, as evidenced by his third-round 62 last year — a course record!

Thomas lost a playoff to Phil Mickelson to finish second in 2018, and is in comfortable position near the top of the leaderboard yet again after one round this year. Hey, when you’re making putts like the one below, birdies come easy!

The defending champ is not looking like himself thus far, firing a first-round 79 — yep, that’s eight over par.

Lefty’s up-and-down (but mostly down) round included two birdies, eight bogeys and a double bogey. Yikes. He’s currently ahead of only one player on the leaderboard: Sanghyun Park, who shot 80.

Tournaments
Phil Mickelson: Players Championship ‘not a must-play for me’
And then there's Tiger

Though the Big Cat made four birdies on Thursday — including a sweet run of three in a row on holes 4-6 (highlight below) — it wasn’t enough to overcome his mistakes, which included hitting his opening tee shot out of bounds.

The final tally of the day for TW: four birdies, two bogeys and a double. Add it all together and it’s an even-par round. Woods is currently tied for 25th heading into Round 2 on Friday.