The PGA Tour began a two-week stint in the West at this week’s Safeway Open at the Silverado Resort & Spa’s North Course, and plenty of big names are in attendance, including Phil Mickelson, Adam Scott and sponsor’s exemption Tony Romo.

Here’s everything you missed from Thursday’s action in Napa.

Adam Scott and Andrew Landry lead the Safeway Open field at seven under par after the first round. 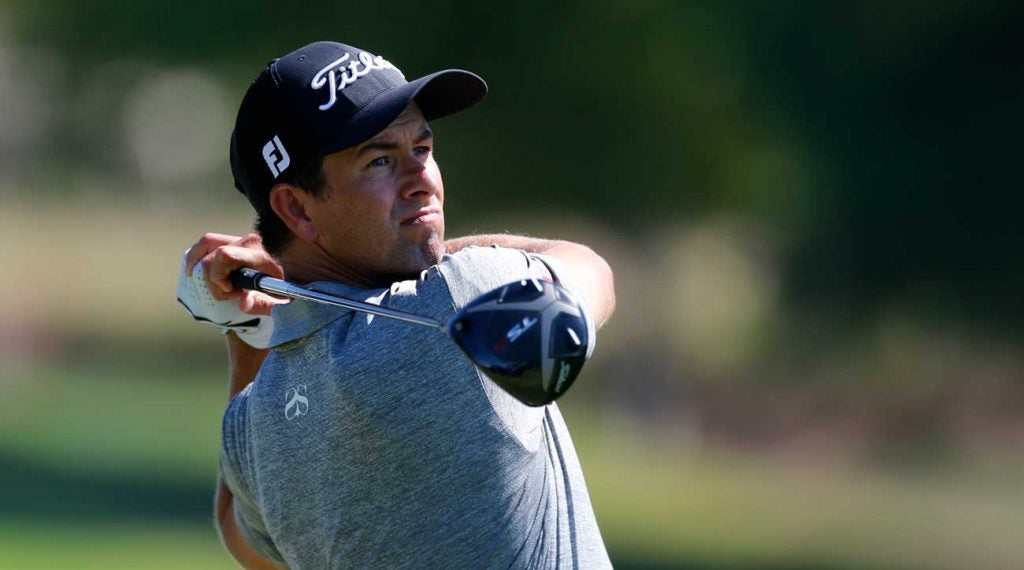 In his fourth PGA Tour appearance, Romo fired his career-low competitive Tour round — a two-under-par 70 that included five birdies and two bogeys. Perhaps most impressively, three of those birdies were made on Romo’s final five holes.

Romo is playing as an amateur on a sponsor’s exemption, so prize money isn’t a factor for him this week, but in the event he makes the cut on Friday, he’ll have to miss a scheduled gig to call the Vikings-Bears NFL game on Sunday alongside Jim Nantz.

While Phil’s 2019 started off promisingly with a win at Pebble Beach, Lefty has yet to post a finish better than T48 in his last 10 starts. Thursday’s round unfortunately didn’t help matters, when he made a quadruple-bogey nine on his fifth hole.

Mickelson fought back admirably, with a birdie on No. 6, but another bogey followed on No. 7, and he made the turn at four over par.

A back nine of one under par resulted in a round of three-over-par 75.

Though Mickelson is certainly not out of it (hey, you never know in golf), he’ll likely need to rally mightily on Friday in order to make the cut.

Tournaments
9 things we learned watching Steph Curry and Phil Mickelson play golf (and basketball!) together
How did the other big names play?

Francesco Molinari is one shot back after an opening six-under-par 66.

Justin Thomas played his final seven holes in four under par to finish at one under on the day, six shots back, while John Daly struggled to a round of four-over-par 76.

Started the last hole over par.
Finished under par. @JustinThomas34 with the 🦅 to end his round. 🙌#QuickHits pic.twitter.com/fM0WchoIet