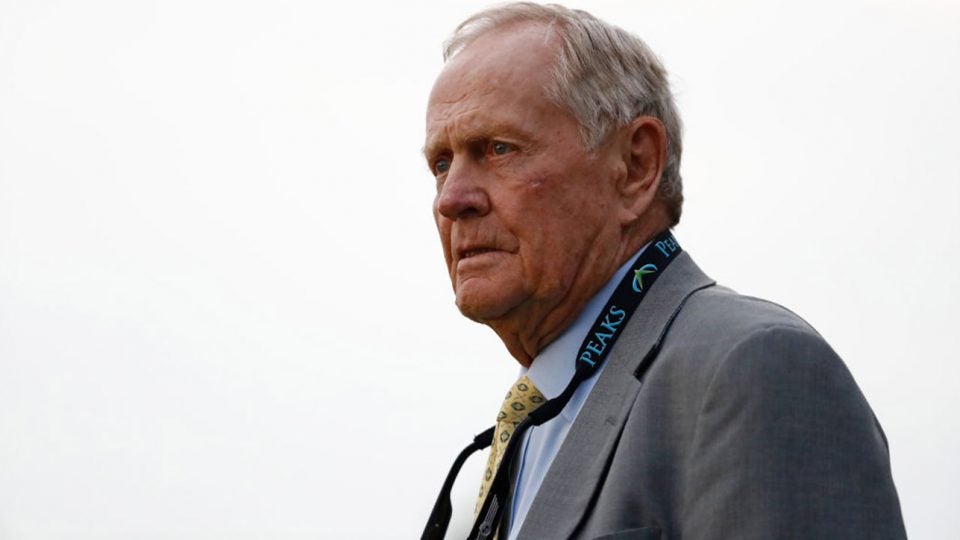 In a dramatic video for the Golf Channel on golf’s career grand slam, Jack Nicklaus wishes Jordan Spieth luck as he makes his first attempt at completing the historic feat. With a win at the PGA Championship at Quail Hollow this week, Spieth would not only join Nicklaus, Tiger Woods, Gene Sarazen, Gary Player and Ben Hogan in the game’s most exclusive club, he’d also set a record as the youngest ever member.

Woods finished his career slam at the 2000 Open at St. Andrews, when he was 24. Spieth turned 24 at the end of July, but if he manages a victory at Quail Hollow he’d still be eight months younger than Woods was when he captured the claret jug in 2000. This is Spieth’s only chance to break Woods’s record.

“One more player sits at the doorstep of joining our little club,” Nicklaus says in the video, which features soaring music and images of Spieth’s triumph at Royal Birkdale. “Good luck young man.” Watch the entire video below.

Honored to narrate this #GrandSlam piece for @GolfChannel. Best of luck to @JordanSpieth & all the players competing in the @PGAChampionship pic.twitter.com/IwR0dJFw8n