Fred Couples dishes on playing Augusta National in November (and who it could favor!) 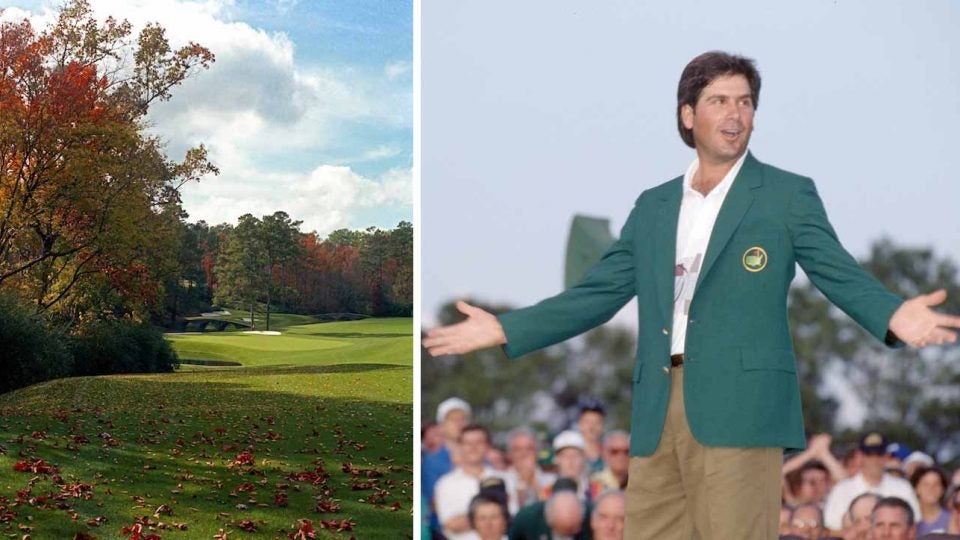 Fred Couples has made 30 cuts in 34 starts at Augusta National.
Getty Images

With the 2020 Masters tentatively (and hopefully!) rescheduled for November, one of the sports world’s rites of spring will take place in the heart of the fall. But how will Augusta National play on the proposed dates of Nov. 12-15? Thursday, one former Masters champ dished on an unforgettable trip he’d taken to Augusta in November.

“It was the year that they built the new tee, so it was new to me. And we got on the first hole, and the very first day, I hit driver-2-iron into No. 1,” Couples remembered with a laugh. We’re assuming the changes Couples is referring to are from 2006, when Tom Fazio added 20 yards to No. 1, making it a 455-yard beast.

“It was very cold and it was very wet,” Couples said, adding the caveat that this was late November — a couple weeks after this year’s proposed date. “So when we’re this year it could be 60 degrees, I don’t really know, but it was really cold then.”

Couples, who won his lone major championship at Augusta in 1992, couldn’t believe some of the yardages he had left into greens. He hit a 5-iron into the lengthened 7th hole. He described No. 18 as “just like, no fun.” He would have considered packing it in after the first round, but the plan was to stay for another day.

“Okay, now I didn’t really want to go, but the guys were so great,” he said. “We wake up the second day, and this is as true as it gets, it was a little breezy and I hit a 3-wood into the first green.”

News
PHOTOS: Here’s how to live like Fred Couples (literally!)

“Okay, so driver-2-iron, driver 3-wood, both times into No. 1 — because you’re hitting into the bank,” Couples said. “Still, the greens were unbelievable. They were soft, but they were the same speed as in April. The golf course was a blast.”

While Couples stopped short of any explicit predictions, he laid out a couple scenarios he thought were most likely.

“I feel like there’s only two things that can happen: the weather can be okay, or it can be cold and wet and play really long,” he said. “And if it does that, you’re really going to see the best bombers, which usually are the best.”

Of course, we wouldn’t expect Couples’ experience to be mimicked at this year’s Masters. No, Augusta National doesn’t yet control the weather (that we know of) but its SubAir system gives its greenskeepers immense control over the firmness of its fairways and greens. In other words, “cold” is tough to battle, but “wet” can be mitigated.

We asked a number of experts how a fall Masters might look, feel and play, and you can peruse their thoughts here — but it’s worth weighing the viewpoint of Couples, who is himself undeniably an Augusta expert. It’s a short list who have made 30 cuts at the Masters.

Couples wasn’t the only Masters champ who thinks November could present a sterner test.

“With a November average high temperature in the low 60s and that northerly wind moving up, that can really change the way the golf course plays,” 2008 champ Trevor Immelman added on PGA Tour Radio. “It can play a lot longer, and when that wind blows you’re gonna have three of the four par-5s playing into some kind of wind, so that’s gonna change some of those scoring opportunities where you see guys making a little run maybe with birdies and eagles.”

As a bonus for making it to this point in the article, here are some photos of Augusta National in fall foliage, for your anticipatory enjoyment: 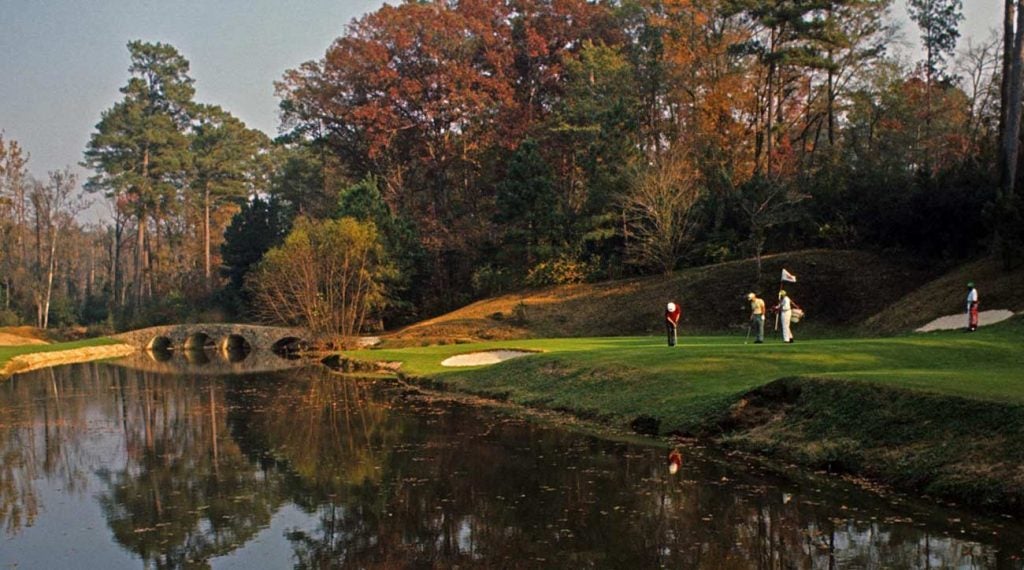 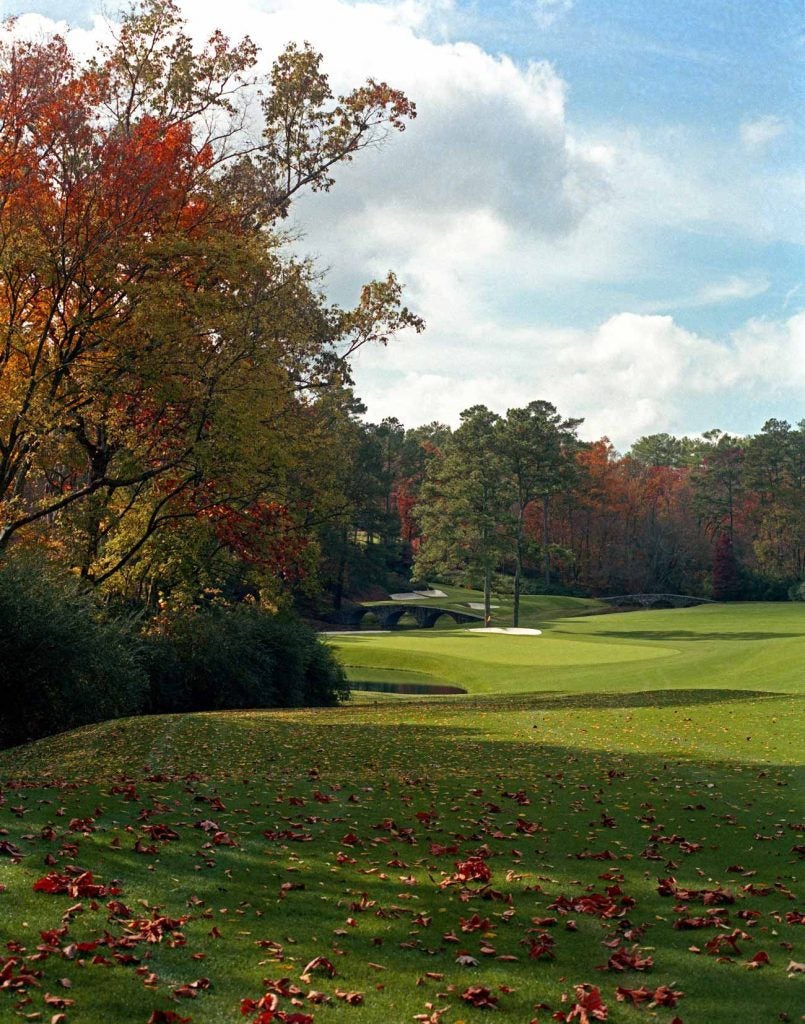 Our tour of Amen Corner begins with a look at the approach shot from the leafy left side of No. 11
Getty Images 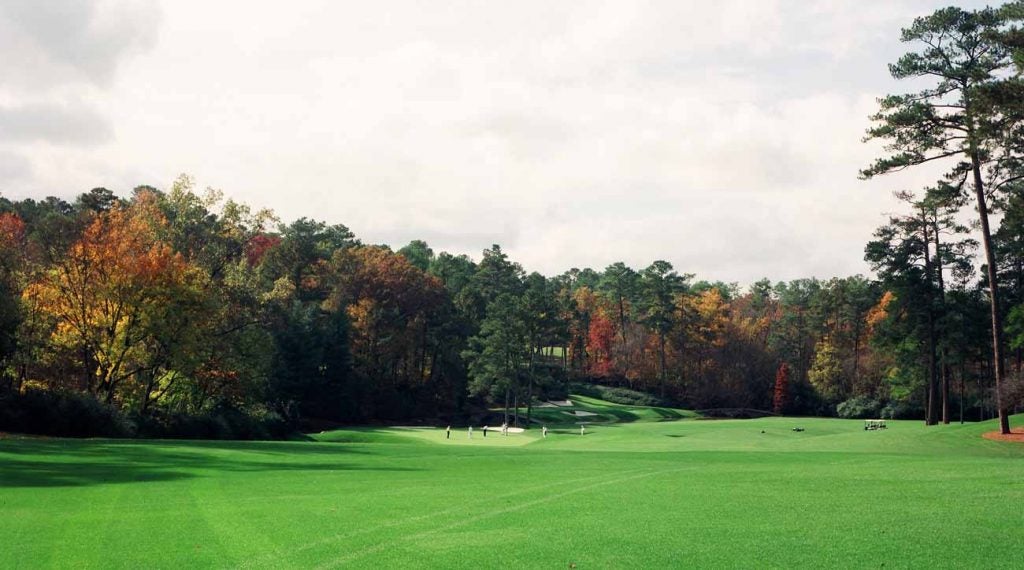 Amen Corner, in shades of green — and a little orange!
Getty Images 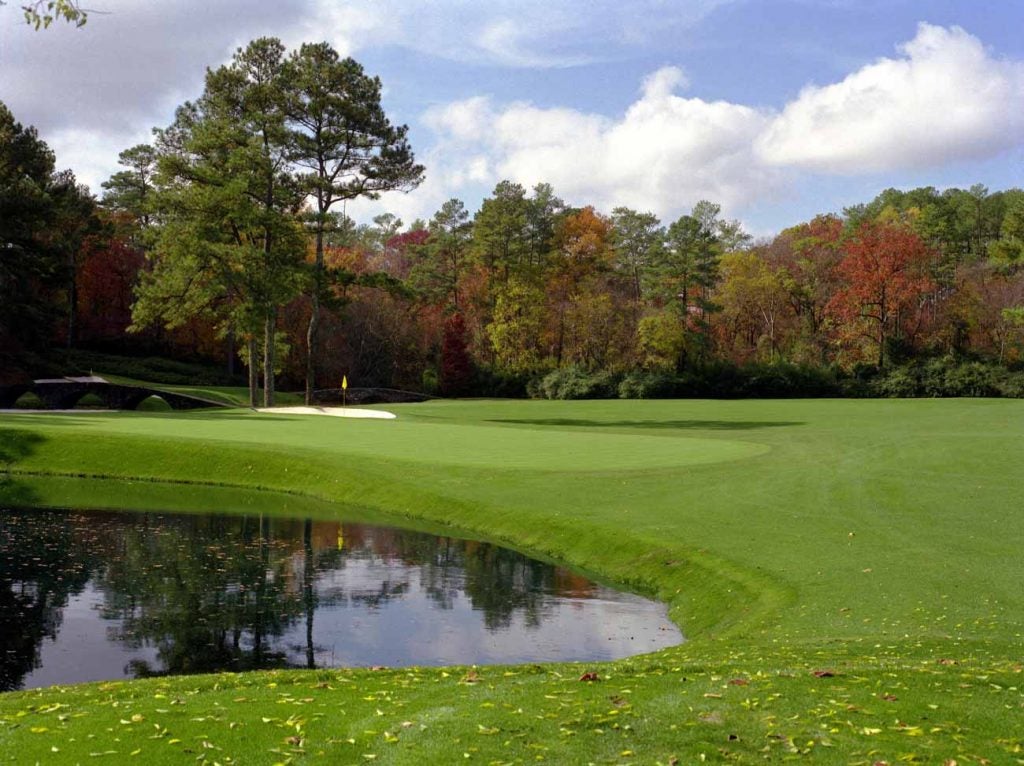 That pond is beautiful — and threatening — any time of year.
Getty Images 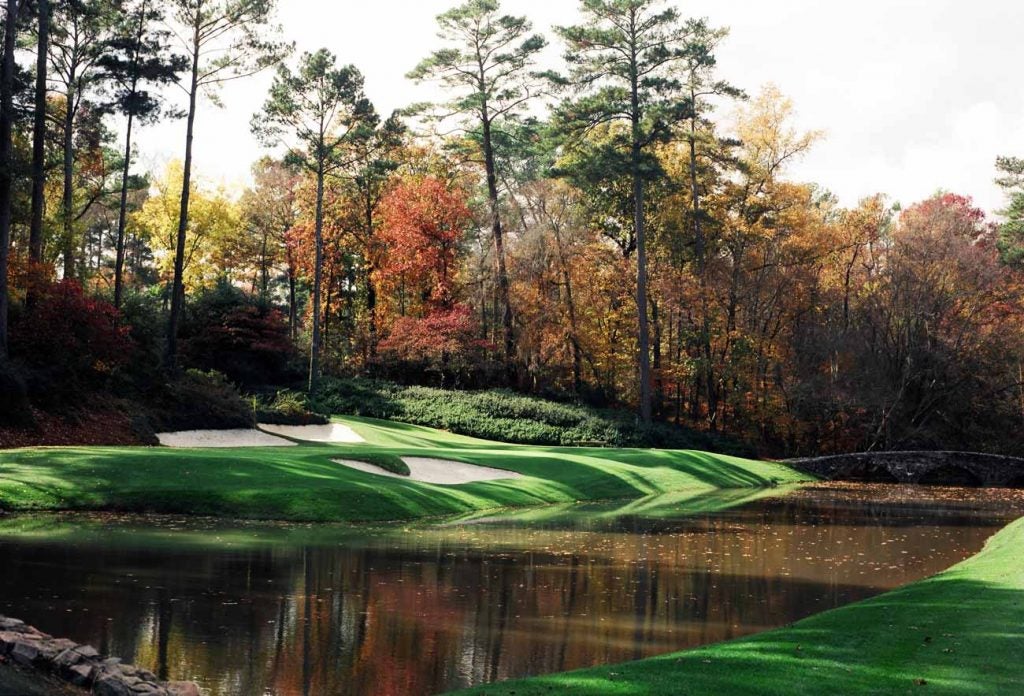 Could we see some chrysanthemums planted behind No. 12 at Augusta National this fall?
Getty Images 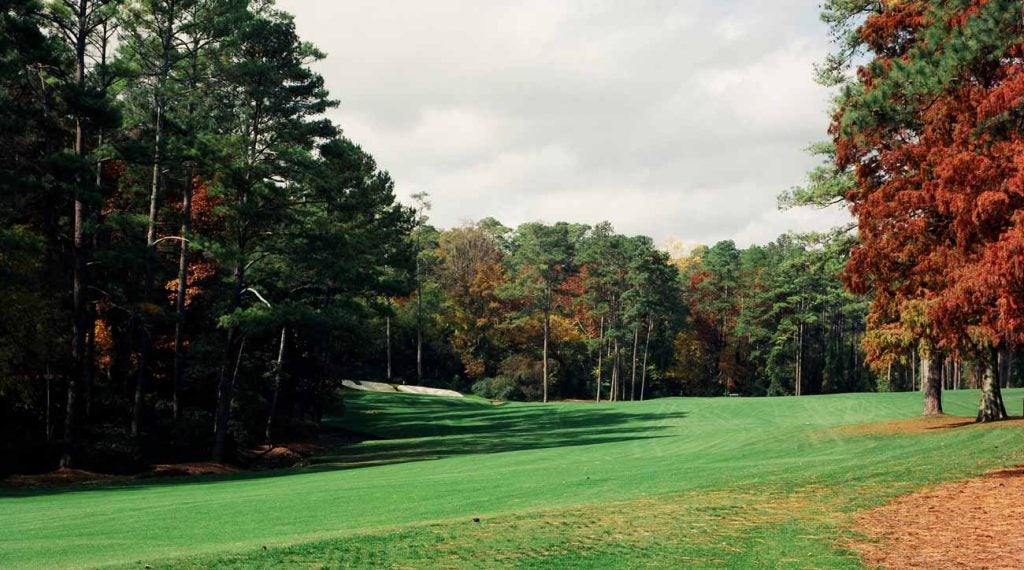