Dustin Johnson poised to reach World No. 1 ranking at Riviera 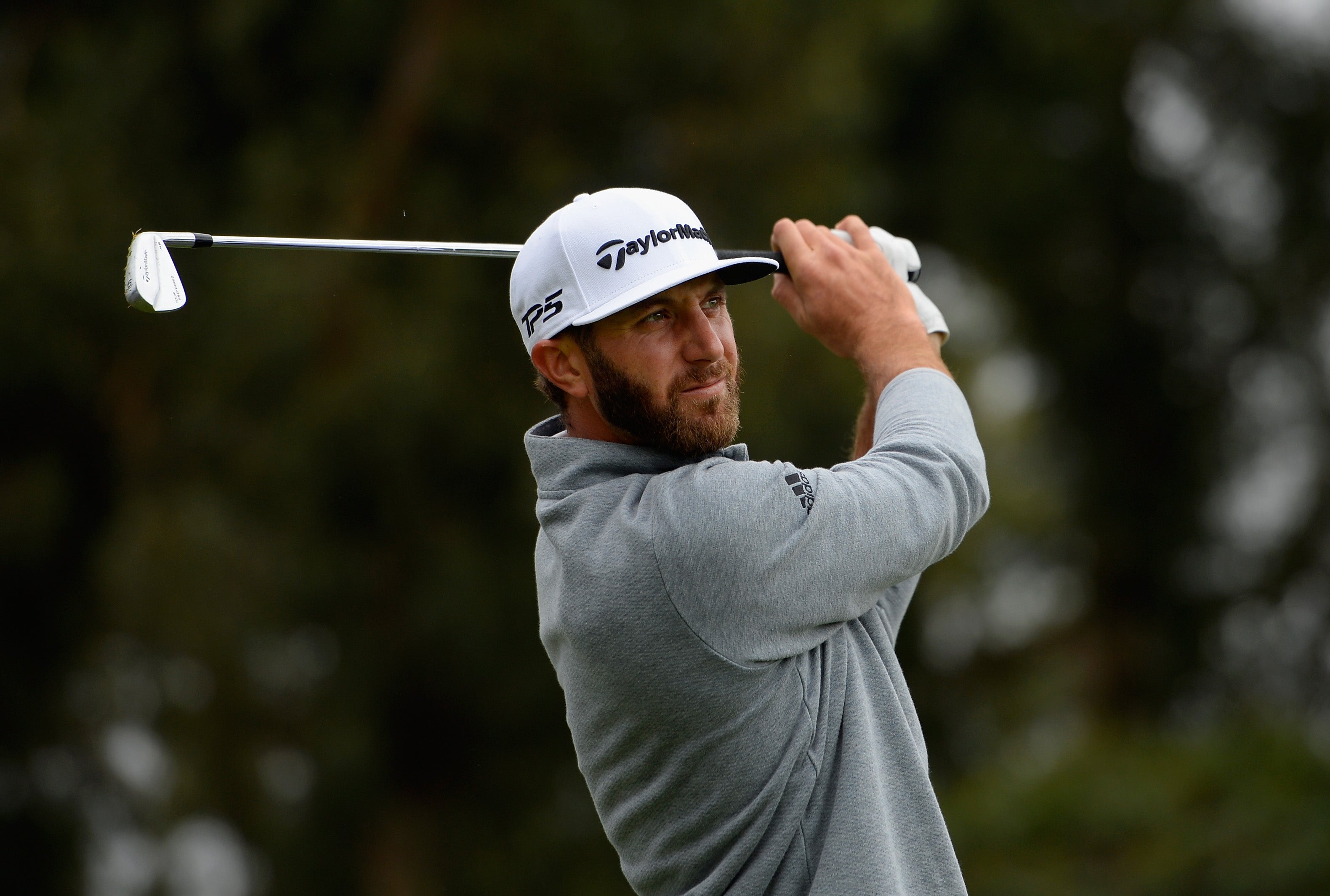 LOS ANGELES (AP) — Dustin Johnson is one round away from reaching No. 1 in the world.

Johnson birdied his last three holes Sunday morning for a 7-under 64, giving him a five-shot lead going into the final round in the afternoon at the Genesis Open. The U.S. Open champion was in such complete control that he missed only three greens and his longest par putt was 4 feet.

PGA Tour rookie Wesley Bryan had a 63 and barely made up ground.

Johnson was at 17-under 196 and had a chance at the 72-hole scoring record at Riviera, which has stood the longest of any course on the PGA Tour schedule. Lanny Wadkins shot 20-under 264 in 1985.

Johnson needs a victory to reach No. 1 in the world ranking for the first time.

He had only about 15 minutes from when he finished the third round to when he started the fourth at the weather-delayed event. The Genesis Open lost one hour to fog on Thursday, seven hours to the massive rainstorm that swept through Los Angeles on Friday and two hours Saturday morning to clean up the golf course.

Johnson started the fourth round with a two-putt birdie on the opening hole that stretched his lead even more.

There was nothing spectacular about his game except for the power that makes him such an intimidating presence when he knows where the ball is going. Rather, Johnson never put himself in a position to make a big number.

He finished the third round at 41 consecutive holes without a bogey.

Johnson came up short on the par-3 fourth hole, chipped to 4 feet and made the par putt. He went just long on the par-3 14th and hit a simple chip to tap-in range. And he was short of the 15th green, used putter to lag it up to just inside 4 feet and had no trouble saving par.

Along the way, he kept picking up enough birdies to seemingly give no one else a chance.

Johnson hit driver on the par-4 ninth hole, and he dipped his knees asking for it to cut a little more to the right. It sailed well over the bunker, and Pat Perez stood to the side of the tee just shaking his head. Perez went into the bunker and made bogey.

Perez had his own issues. A drive to the right on No. 12 that sounded as though it struck a tree actually hit a fan in the top of the head and bloodied him. Perez one-hopped a tee shot of another spectator’s chest on the next hole, and hit yet another in the arm on the 15th. He dropped three shots in a five-shot span and shot 74.

Because the groups stayed the same for the final two rounds, Bryan finished his 12-under 201 as Johnson was on the back nine. Bryan was on the third green of the fourth round when Johnson was finishing up, and he saw Johnson belt another 300-yard drive up the fairway.

Johnson finished the second round with three birdies over his last four holes. On Sunday morning, he holed a 10-foot birdie putt on the 16th, smartly played away from the flag and the slope on the par-5 17th and made a 12-foot birdie, then closed with an 8-foot birdie.

He was on his way to replacing Jason Day atop the world ranking. Day could have protected his position by finishing among the top three, but the Australian shot 75 in the third round and was 19 shots behind entering the final round.

Day has been at No. 1 since winning the Dell Match Play last March.