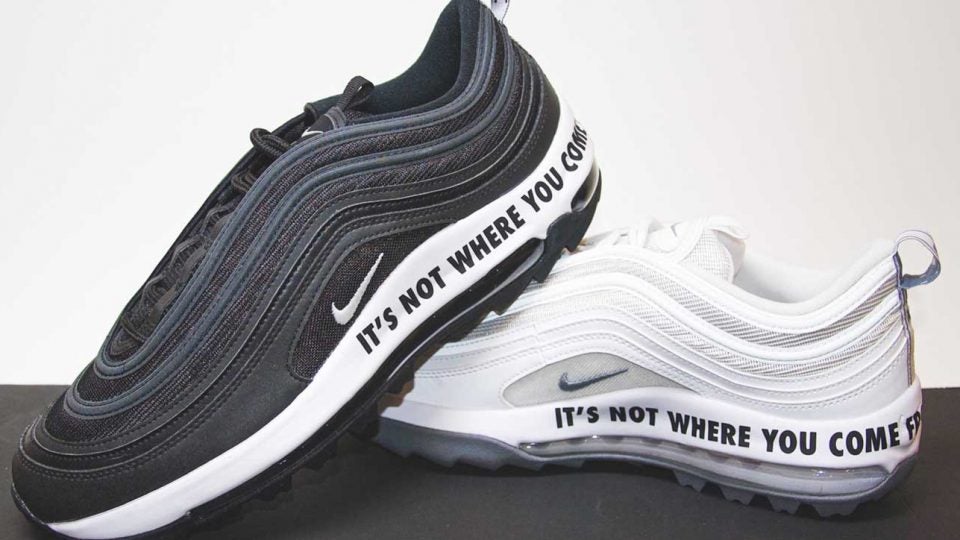 Cam Champ's shoes honoring his grandfather's favorite saying, "it's not where you come from, it's where you're going."
Nike

Cameron Champ’s grandfather lived through Jim Crow laws. The KKK. Mack Champ told young Cameron there were places as a black man you couldn’t go by yourself.

Those difficult stories and the courage displayed by those who experienced them are a big part of Black History Month – and Cameron has placed that message next to his heart.

During the first and second rounds of this week’s Genesis Invitational at Riviera Country Club, Cameron unveiled a Nike shirt with a logo on the left side of the shirt depicting a young Mack following through on a shot. Cameron also wore one black shoe and one white shoe this week, with one of Mack’s favorite phrases adorned along the side – “It’s not where you come from, it’s where you’re going.”

“What’s on his shirt is beautiful,” Jeff Mack, Cameron’s father and Mack’s son, said on the PGA Tour’s website. “The first time my dad saw a picture of his golf swing was when he got a hole in one in 1968 in Germany, so that’s what the logo is. It’s amazing today that my dad has his own logo. It’s pretty special.”

I’m super excited to unveil this collab with @nike to celebrate #BlackHistoryMonth. The patch is a silhouette of my late grandfather & serves as a tribute to his life journey, quest for equality, & passion for golf. I’m proud to wear this today to honor #PapaChamp and my heritage pic.twitter.com/FnEPkp1gxI

Mack has always been close to Cameron’s heart.

Cameron’s first memories of golf, he said in a Nike video he tweeted, were of hitting through a palm tree in his grandfather’s backyard. During his victory at the Safeway Open last September, Cameron commuted to Sacramento — about an hour away — all week to spend more time with Mack, who would die a month later due to cancer. After the victory, Cameron and Jeff hugged while Jeff held up a cellphone with Mack on the line.

“It’s what he had to go through to be able to get to where honestly I am today,” Cameron said in the video he tweeted. “Being able to call myself a PGA Tour member, a PGA Tour winner, he’s living my success as well.” 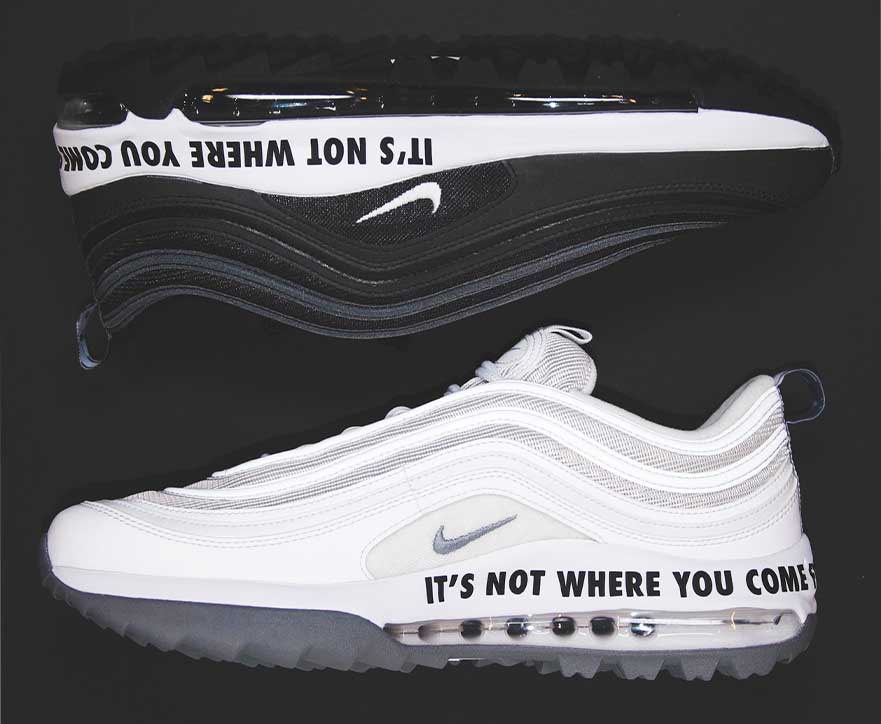 Cam's Nike shoes are also adorned with one of Mack's favorite sayings.
Nike