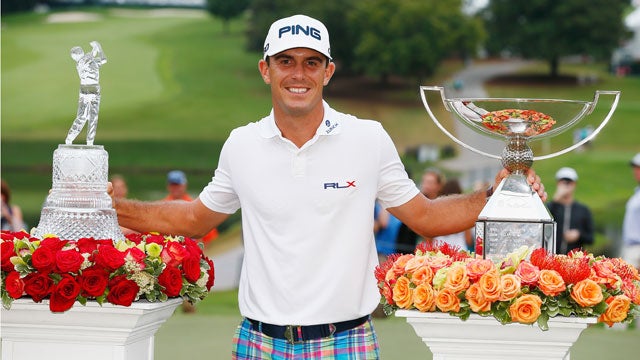 Billy Horschel pocketed $10 million after winning the FedEx Cup in September, and his caddie, Micah Fugitt, immediately became a millionaire.

In addition to tipping the locker room attendants at East Lake Golf Club $10,000 each, Horschel gave Fugitt a $1 million bonus at the end of the season, according to a story in GolfWeek.

“Shock, happiness, joy,” Fugitt said about receiving the money. “You have such a wide range of emotions. He’s always been great about showing gratitude to people like that.”

Fugitt, who broke down in tears after Horschel’s emotional FedEx Cup victory, said he will use the bonus to set up college funds for his two children.

He hasn’t started his 2015 season with the same momentum. In seven tournaments, he has missed two cuts with his highest finish in a full-field event being a 22nd-place at the Hyundai Tournament of Champions.