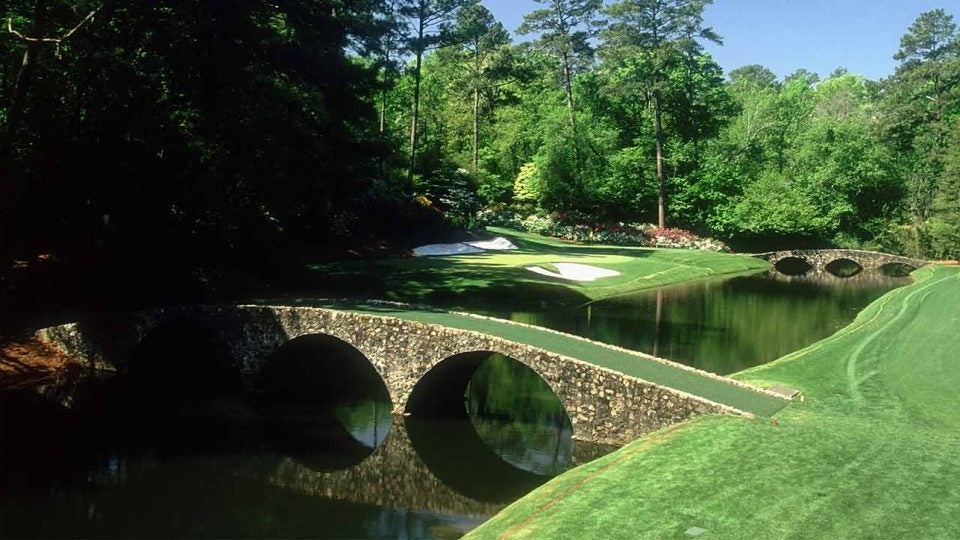 Just one of the views on the amazing new video Augusta National dropped on what would've been the Monday after the Masters.
Getty Images

If you’ve found yourself in a fog while trying to work from home, you’re not alone. With the distractions of everyday life omnipresent in our homes (not to mention the brand-new stresses in our environments), it can be difficult to string our thoughts together for long enough to make a coherent grocery list, let alone lead a productive life. To that end, we have good news and bad news.

Bad news first. The video Augusta National dropped Monday morning is mesmerizing. It’s 43 minutes of pure, Alister MacKenzie and Bobby Jones-inspired bliss. The video features birds chirping, grass greener than a Windows XP background, and all the sights and sounds from Augusta National you desperately missed from the Masters’ absence this weekend. Why is this bad news, you ask? Because once you start watching, it’ll be hard to put your mind anywhere else for the remaining 43 minutes. Goodbye, productivity!

And the good news? The video Augusta National dropped Monday morning is scintillating. It’s 43 minutes of pure, Alister MacKenzie and Bobby Jones-inspired bliss. If you’ve been cooped up in your house for weeks without any escape, look no further than this video. You’ll be transported into the best possible alternate reality: Augusta National. If you’re struggling to cut out the noise of the rest of your life, might we recommend the chirping of the birds and the whistling of Rae’s Creek? After a while, it might be hard to believe how enchanting it all feels. To steal a line from Kevin Costner, is this heaven? No, it’s Augusta.

Seriously, the video (which is linked below) is worth your time, even if you might not have it. Put it on in the background while you work or blast it on the big screen in the den when you’re tired of rewatching Tiger King and Tin Cup. We’re not telling you how to watch, but from one golf fan to another, you’re going to want to watch. You can thank us later.