Augusta National says Masters will go on in face of coronavirus, encourages fans to be cautious 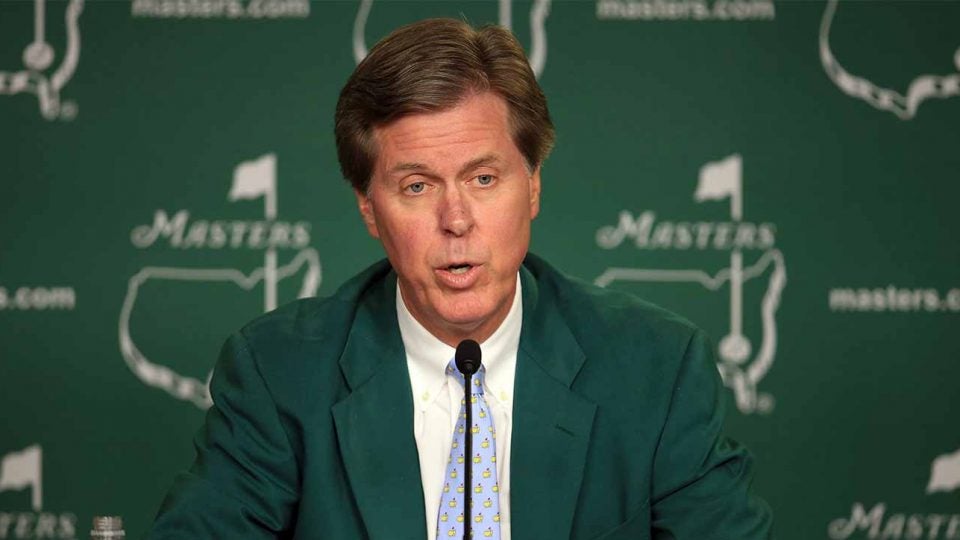 Fred Ridley released a memo to the media Wednesday saying the Masters will go on as planned in the face of growing fears over the spread of Coronavirus.
Getty Images

Augusta National Chairman Fred Ridley was direct Wednesday in response to growing fears over the global spread of the coronavirus: The Masters isn’t going anywhere.

“The safety, health and well-being of everyone is our top priority at Augusta National Golf Club,” Ridley said in a statement on Wednesday. “Based upon our knowledge of the situation at this time, we are proceeding as scheduled for the Augusta National Women’s Amateur, the Drive, Chip and Putt National Finals and the Masters Tournament.”

Ridley’s memo comes in the wake of increasing concerns in the sports world about the spread of the coronavirus. Earlier this week, reports swirled of a potential postponement or cancellation of this summer’s Tokyo Olympics (the IOC has since rejected those reports and stated the games are expected to commence as planned). While Japan and Italy have begun playing sporting events in front of empty stadiums as they struggle to contain the spread of the virus, some public health experts are calling on American sports to follow suit.

After monitoring the details of the coronavirus, Fred Ridley has considered the risk factors and...the tournament will go on! pic.twitter.com/VwfGrT1Egj

In the golf world, the LPGA, European Tour and PGA Tour Series-China have all felt the effects of the virus. All three tours have been forced to shift or cancel events in Asia in the first few months of 2020.

Augusta National is estimated to host anywhere between 35,000-50,000 fans per day throughout Masters week. Ridley urged those planning to attend to use an abundance of caution in the lead-up to the event.

“We are asking that everyone follow the preventative actions advised by the CDC to mitigate the spread of any virus,” he said. “We strongly encourage all those traveling to Augusta, Georgia, to become knowledgeable of the most recent travel protocols and restrictions.

Augusta National’s sentiment echoed that of the PGA Tour, which released a statement on Monday saying it also plans to stay the course.

“There are no planned schedule changes beyond what has already been decided with the PGA Tour Series-China,” the Tour said. Adding, “However, we are establishing additional protocols to promote the health and safety of all participants and fans at our tournaments, and we will regularly review our schedule in light of revised CDC and WHO reports and make any updates as necessary.”

To date, coronavirus has infected nearly 100,000 people and claimed more than 3,000 lives globally. Earlier this week, the United States reported its first death from the virus as cases began to spread throughout the country.

The 84th Masters Tournament is scheduled to be played from April 9-12.