The Giving Tee: Arnold Palmer’s most enriching legacy is his deeply generous spirit 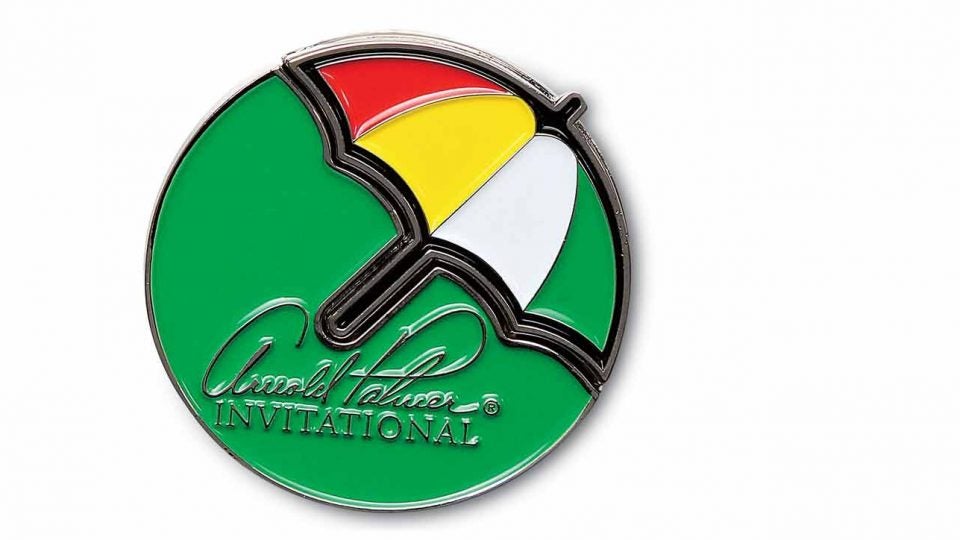 A mark of Arnie’s great compassion: the umbrella logo.
The Arnold Palmer Collection

That Arnold Palmer was a legend is undebatable. Throughout his 60-plus years in golf, he left his mark on virtually every aspect of the game. And though memories of his playing days fade just a little bit with the end of each season, the most enriching aspect of the King’s legacy carries on through the work of PGA Tour pro Sam Saunders, his grandson.

“We live in a big world, with billions and billions of people, and not many are able to have a huge reach,” Saunders says. “My grandfather was one of those people who did, and the way he used it — to help others — makes him a hero to me. He lived by the saying, ‘With great power comes great responsibility.’ He felt he had a responsibility to give back.”

And for decades, he acted on it. Arnie always had a soft spot for children, and mid-career that fondness led him to the March of Dimes, where he served as a national spokesman from 1971 to 1989. In the mid ’80s, he took his charitable work to a new level after visiting the Orlando Regional Medical Center with his beloved wife Winnie.

In his autobiography, Palmer said he found the children’s wing there to be cramped and outdated. He told Orlando Regional’s MDs, “We can do better, and we should do better for our children.” And with that the Arnold and Winnie Palmer Foundation was born. It is dedicated to bettering children’s health through, among other things, youth character development and nature-focused wellness.

Tournaments
How the Phoenix-based, golf-loving Thunderbirds have raised nearly $150 million for worthy causes

This month will mark the 42nd playing of the popular Tour event. Hosted at Bay Hill Club and Lodge, the tournament is filled with traditions that evoke vivid memories of the man. From the brightly colored umbrellas that serve as tee markers to Palmer’s signature red cardigan sweater, which is presented each year to the winner, players and fans know they’re at Arnie’s place. But it’s what the event produces that continues to spread the good works — and the deeply generous spirit — of the King. Over $3 million is raised annually from the API. In the tournament’s decades-long history, the money generated is in the tens of millions.

“His impact will carry on forever, whether I do anything or not,” says Saunders. But just like his grandparents, Sam absolutely chooses to do something. Since Arnold’s and Winnie’s passing, Saunders has teamed with St. Johns Insurance Company on the “Birdies for Babies” program, which donates $500 to the Palmer Foundation for every birdie he makes throughout the season.

“My goal is to take the success I’ve had and use it to help others, just like my grandfather did. That’s what carrying on his legacy means for me,” says Saunders, who’s more than happy to let his putter do the talking. On Tour in 2019, he drained 280 birdies. Ka-ching for kids.