After completing his ‘grand slam of seconds’ at the PGA, Oosthuizen sings his heart out 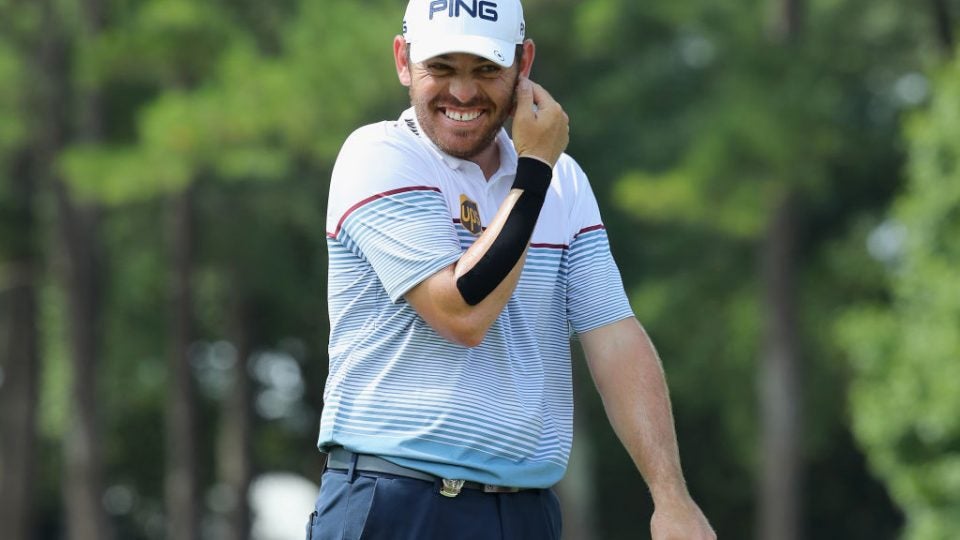 CHARLOTTE, NC - AUGUST 13: Louis Oosthuizen of South Africa reacts to his putt on the eighth green during the final round of the 2017 PGA Championship at Quail Hollow Club on August 13, 2017 in Charlotte, North Carolina. (Photo by Warren Little/Getty Images)

With a T2 finish at the 2017 PGA Championship, Louis Oosthuizen has now been a runner-up in every major. His response to this dubious feat was hilarious. Presumably on his way home after the North Carolina tournament, Oosthuizen clutched his iPhone as a microphone and performed a dramatic lip-sync rendition of Andra Day’s protest song “Rise Up.” The result is one of the funniest Twitter videos golf has seen in a long time. Even Kevin Kisner, who finished T7, called it “world class.”

Watch the video below.