Tour Confidential: Is pro golf about to change in a big way? 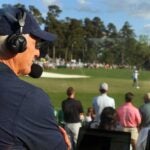 What's next for professional golf?

Check in every week for the unfiltered opinions of our writers and editors as they break down the hottest topics in the sport, and join the conversation by tweeting us @golf_com. This week, we discuss the new Saudi-backed golf league, big rules changes for amateurs and playing golf in heinous weather.

1. Greg Norman has been named CEO of LIV Golf Investments, a Saudi-backed group that promises to “holistically improve the health of professional golf on a truly global scale,” beginning with a 10-year commitment of at least $200 million to underwrite 10 new full-field Asian Tour events. What was your biggest takeaway from Friday’s announcement?

Alan Bastable, executive editor (@alan_bastable): After years of rumors and speculation about various rival super leagues, I guess I was expecting/hoping for more juice than what was in this initial announcement. LIV’s investment in the Asian Tour is significant but what’s coming next — seemingly some kind of star-powered breakout tour — would send shockwaves should it come to fruition. Norman said it himself in the Friday release: “This is just the beginning.” My attention is piqued!

Josh Sens, senior writer (@joshsens): Right. That was the elephant in the press release. The prospect of this super league, which is far more threatening to the PGA Tour than a 10-year, $200 million commitment to the Asian Tour. Alan’s phrase is apt: “Should it come to pass.” We’ve been down this road before. Will it end differently this time? How is the Tour going to respond? Will it be as successful as squelching a challenge from a rival circuit as it has been in the past? All related questions.

Sean Zak, senior editor (@Sean_Zak): My biggest takeaway is how soft these commitments from top 10 players really seem to be. Rumors about players interested keep floating around, but no one is ready to publicly take a stand yet. It’s a weird look to announce a league with all this hype…in waves without the names coming first.

Dylan Dethier, senior writer (@dylan_dethier): This press release was an answer that mostly led to more questions. (I listed 10 of ‘em here.) Until you have players, golf courses, something tangible…it doesn’t feel quite real. So it still doesn’t feel real. The only sure thing secured seems to be the money. But sometimes the money is the toughest part to secure, so maybe that’s enough.

2. As referenced above (and as reported by various media outlets), LIV Golf is also aiming to launch a global golf league this spring, likely to be co-sanctioned by the Asian Tour, which would mean World Ranking points would be available to participants. Among the key details that are still unknown: which, if any, players have signed on and where the events would be conducted. For this upstart league to be successful, what element do you think is most essential for Norman and Co. to get right?

Bastable: Everything starts with the players. Some big names have been rumored to have been courted by LIV — and star power will, of course, be essential for this thing to succeed. Beyond that, who will broadcast the events and how will they be presented? Whichever TV/streaming partner steps in, there are all kinds of ways to outperform golf’s current broadcast models — beginning with simply showing more shots. I’d expect to see all kinds of fun bells and whistles and no doubt an emphasis on betting. I’m also intrigued to see the host sites. PGA Tour venues largely lack much sizzle. If this new tour is smart, it’ll make its host courses part of the show.

Sens: Right. First things first, it needs the buy-in of the players. Back in 1994, when Norman first proposed a world tour, it seemed like he had the stars lined up. But when it came time to act, the players backed off. This rival league will need big names fully on board to gain momentum. Beyond that, as Alan says, how it’s packaged/presented will be key. Even if fans turn a blind eye to the ethical concerns, will they find the events themselves compelling? Or simply another iteration of big-money exhibition golf?

Zak: Players matter! But a broadcast might be just as important. The rumored differences between this league and the PGA Tour are only different if people see them.

Dethier: Right. Is there as much demand for this product as this Tour’s organizers think? I think “legitimacy” is the most important and most elusive element. The PGA Tour is a known quantity with an established structure, and that’s comforting for players and viewers alike, despite various complaints about the product. Legitimacy is tough to create. Can LIV + Co. do so?

3. LIV Golf is bankrolled by the deep pockets of Saudi Arabia’s authoritarian government — or, more specifically, by the nation’s sovereign wealth fund, which is chaired by Mohammed bin Salman, Saudi Arabia’s crown prince, who has been linked to the 2018 murder of Saudi critic and Washington Post columnist Jamal Khashoggi. (Norman said in a statement to reporters that he is “happy to partner with this group of investors to bring the significant resources to bear that are necessary for the fundamental changes required for the greater good of the sport.”) How much, if at all, do you suppose the source of the would-be league’s financing could impede its ability to attract players, fans and sponsors?

Bastable: If the purses are as a rich as rumored, hard to imagine LIV will have much trouble lining up players. Look no further than the Saudi International, which annually attracts a host of big names. But, yes, LIV’s funding, of course, presents an inconvenient truth. When the Saudis bought the Premier League team Newcastle United earlier this year, human-rights advocates were aghast, with Amnesty International calling the deal a “clear attempt by the Saudi authorities to sportswash their appalling human rights record.” Presumably as this new league ramps up, it will face similar charges.

Zak: A handful of players will not be involved, no matter what. Rory McIlroy and Jon Rahm are just a couple with no interest. But if there’s one thing I know about Tour pros, it’s that they follow the money ALL the time.

Sens: They will follow it, for sure. But they’ll also have to consider whether that paycheck is worth the potential financial blow of losing a sponsor or two? What happens when Company A, facing public outrage, decides it would rather not have its name on Player B’s hat? That’s going to happen at some point along the line. But Sean is probably right. The bigger paycheck will ultimately win out.

Dethier: It’s going to be extremely difficult to be the FIRST player to commit to this new league. This is one of those times that it’s unwise to be a trailblazer. But if several players announce their commitments at the same time, it’s going to be confusing for golf fans who feel some trepidation at the entire purpose of this new league. Some fans won’t watch for either reasons of morality or indifference. Others might shrug, say, “It’s hard to keep track of all this stuff, but I want to watch golf,” and tune in.

4. Lucas Herbert beat the field (and the conditions!) in Bermuda this weekend to earn his first PGA Tour victory. Herbert — like 54-hole leader Taylor Pendrith — is a Korn Ferry Tour graduate making his mark on Tour already. Is there an under-the-radar Tour rookie you have your eye on?

Zak: Cameron Young has played some extremely good golf in waves this year. It comes and goes for every pro at that level, but when it comes for him, it’s really good. I’d expect him to contend for a win sometime in 2022.

Bastable: There are no sure things in golf but it’s hard to not to buy stock in Sahith Theegala, who won virtually every significant college award during his days at Pepperdine and top-tenned is just his second start of his rookie season, at the Sanderson Farms. Kid looks groomed for greatness.

Sens: Mito Pereira first caught my eye at the Tokyo Olympics, where he nearly medaled. I’ll be looking out for the Chilean this year.

Dethier: The secret is out on Taylor Pendrith — sort of. I’m not sure how many people were dialed into the 54-hole leader in Bermuda, but he’s got big-time game and has massively improved his putting in recent years. He’s 30 years old but still a potential rising star, and I’m excited to see if he can use Sunday’s disappointing round as a springboard.

5. The governing bodies are rolling out new rules around amateur status beginning Jan. 1 that will loosen restrictions around elite amateurs’ ability to profit from their skills. To wit: All so-called “NIL” (name, image and likeness) rules have been lifted, allowing players to sign with sponsors without forfeiting their amateur status. Sensible move?

Bastable: Sure, I’m OK with the move. In the upper reaches of the game, there is money to be made off the best amateurs so why not let them get a share, especially given there are no payout guarantees — far from it — in the pro game. Also, competitive golf is costly, what with gear, travel and double presses. The best amateurs would benefit from a few bucks to help cover their costs.

Zak: Safe move! The NCAA has been derided for decades for not allowing athletes to use their NIL for profit. The USGA was able to skate by that by just following the NCAA rules. Now, they’re doing the same thing. It’s an obvious move.

Sens: Not only has it been derided, the NCAA lost a recent Supreme Court case 9-0 around collegiate players’ rights to be compensated. You don’t see that kind of unanimity of opinion in this country much anymore. The move is in step with the times.

Dethier: Yep. This one hits home for me (though not because of my golf skill). Next issue!

6. In the opening round in Bermuda, the players faced brutally tough conditions in the form of heavy rain spells and wind gusts of up to 40 mph. “You see winds like this, but normally you don’t play in them,” Matt Fitzpatrick said. “This was the hardest wind I’ve ever played in.” What’s the most challenging weather you’ve experienced on a golf course?

Bastable: Years ago, I played the great Dublin links, Portmarnock, in what most sensible golfers would deem to be unplayable conditions. Driving rain, impenetrable winds, the works. I was clad head to toe in rain gear, but I may as well not have been. Every inch of my clothes beneath were soaked, as was my double- and triple-bogey-heavy scorecard.

Sens: 2004 British Senior Open pro-am at Royal Portrush. Slanting rain. Blow-you-over winds. Cold. I think I picked up on 15 of the 18 holes. Even so, Don Pooley was saintly in his patience as our pro partner.

Zak: Bermuda, 2018 Goslings Invitational, same course as the pros. Thankfully I was just caddying, but the 30mph winds and sudden downpour was a horrible way to start our round. About 20 minutes later, we had bogeyed the 1st and the day’s round was canceled. It was time for a warm shower.

Dethier: …caddying for me! As we tried to hide behind a bush by the first tee, Sean and I were cackling at the idea that we were going to somehow play a complete round in what felt like a hurricane. It’s a mini-tour event, and I’m not sure what would have been a good score that day — 80? 90? Any version of survival? (You can watch our full attempt below.)