Tour Confidential: The LPGA’s balance of power, putting a bow on 2021 majors and more 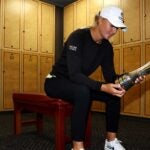 Check in every week for the unfiltered opinions of our writers and editors as they break down the hottest topics in the sport, and join the conversation by tweeting us @golf_com. This week, we put a bow on the major golf season, debate the format of the FedEx Cup Playoffs, discuss Ryder Cup questionnaires and more.

1. The AIG Women’s Open concluded Sunday at Carnoustie with Anna Nordqvist shooting 12 under for the week to beat a trio of players, including American Lizette Salas, by one. Nordqvist represents the 13th different major winner in the last 13 women’s majors, including 11 first-time winners. Is this balance of power a good thing, or would one or two dominant players be more compelling?

Josh Sens, senior writer (@JoshSens): Parity is great in elementary school kickball. But professional golf is better off with a small handful of dominant players. Bad blood not required, but a hint of tension is a healthy element as well. At least to the point where no one wants to go on spring break as a group.

Dylan Dethier, senior writer (@dylan_dethier): Josh is right. Fans admire great golf but they tune in to watch characters that they know. The LPGA, like the PGA Tour, is at its best when the best and most compelling golfers are contending at the best events. But that hardly discredits Nordqvist’s win — she’s a fantastic player and deserves all the credit we can give for navigating Carnoustie so nimbly.

Michael Bamberger, senior writer: I like it. It’s fun. It’s why golf is golf, and tennis is tennis. It’s also not sustainable.

Alan Bastable, executive editor (@alan_bastable): It’s true that no player has dominated the major rota in recent years but there’s also no question that 2021 has been the year of Nelly Korda. Three wins, a major, a gold medal, a firm grasp on the top spot in the world ranking, and you get the feeling she’s just getting started. It would be no surprise if this time next year, we’re praising Nelly’s dominance in the 2022 majors.

2. Nordqvist came to the 72nd hole tied with her playing partner, Nanna Koerstz Madsen. But when Koerstz Madsen played her third shot on 18 — from a greenside bunker — the unthinkable happened: she hit a shank that darted hard right and into the rough behind the green. “I was nervous all day,” Koerstz Madsen said later with commendable honesty. “On 18, I tried to not make a mistake and that was the only thing I shouldn’t do.” Where does that shot rank on the all-time major shock-o-meter?

Sens: Amazing what pressure can do. For me, the biggest shocker probably remains the series of shots Greg Norman hit during his back-nine meltdown at Augusta in ‘96. The water balls on 12 and 16 stand out especially. To see a player of that stature and experience come so fully unraveled is not an easy memory to shake.

Dethier: On the contrary, I’m surprised every time this doesn’t happen. That pressure, that situation, that shot? I get it. But when it comes to major shock, it’s tough to match Spieth on 12 at Augusta in 2015. The guy had one arm in the green jacket until he suddenly didn’t.

Bastable: Not shocking at all, Michael?! Make no mistake, it was a tough, tough shot for Koerstz Madsen — a dreaded mid-range bunker blast, with the weight of a potential career-altering major title upon her. A nervy chunk that came up 40 feet short wouldn’t have surprised, nor would an all-ball flier that airmailed the green. But a dead cold shank in that moment, from a player who had deftly navigated 71 holes of Carnoustie in 12 under par? I, for one, was taken aback! Ioved her candor afterward: “I tried to not make a mistake and that was the only thing I shouldn’t do.” Every golfer knows that feeling.

3. The Women’s Open was the final major — across both the men’s and women’s game — of 2021. When you look back on those nine events (11 if you include the Olympics), which single moment most endures?

Sens: I keep going back to Hideki Matsuyama’s caddie, Shota Hayafuji, bowing to the course as he put the flagstick back in on the 18th hole on Sunday. A small moment that put sports in proper perspective.

Bamberger: Sensan, that is outstanding. Can’t be topped. So pure. Of the game and beyond the game. Thanks for the memory.

Dethier: Nelly Korda getting her major and then her gold medal, too. She has arrived.

Bastable: Ooh, so many moments from which to choose, and, yes, Korda’s ascent is high on the list. How about the mob of fans enveloping Phil at Kiawah, or Rahm coolly holing those snaking putts in the decisive moments at Torrey? But I’ll always remember a moment that happened off the course: Morikawa’s gracious victory speech on the 18th green at Royal St. George’s. His composure in that moment was striking, as if he’d been a hundred times before. Physically, mentally and emotionally, I’m not sure there’s a more complete player in the game.

4. We can’t yet discuss The Northern Trust winner because … we don’t yet have one! With Hurricane Henri soaking the New York area Sunday, the PGA Tour decided to postpone the final round until Monday. With more rain forecast for Monday, there’s a possibility it could even finish on Tuesday. Any qualms with the Tour not scheduling a 36-hole finale on Saturday?

Sens: It’s easy to poke holes in hindsight, but at the time, Monday’s forecast, though it included some rain, looked like the best chance to get a full round completed with the bulk of the field playing in similar conditions, without putting anyone at risk. No beefs here.

Dethier: No issue. An occasional weekday finish is welcome stuff!

Bamberger: Agree. You do the best you can with the information you have. First-world problem, if it’s a problem at all. Which it’s not. Not really.

Bastable: A Saturday finish wouldn’t have been the worst idea. Six-plus inches of rain Sunday in Jersey City! Monday will be an absolute slog, and on those spongy greens, someone might need to shoot 57 to win. The silver lining: the washout gave the Sunday stage to the Women’s Open.

5. Jon Rahm last week questioned the FedEx Cup Playoffs format, which gives the FedEx points leader a two-shot advantage at the beginning of the final playoff event, the Tour Championship. Rahm said the system is “unfair” because it fails to give enough credit to the player who had the best overall season. “At the end of the day you could win 15 events, including both Playoffs events, and you have a two-shot lead,” Rahm said. “I understand it’s for TV purposes and excitement and just making it more of a winner-take-all, and they give you a two-shot advantage, but over four days that can be gone in two holes, right?” Critiquing the playoffs format isn’t a new topic, but with the World No. 1 poking holes in the system, the subject is worth revisiting. Is Rahm right?

Sens: I can’t say I have any brilliant solution to a question that has been beaten to death by people much smarter than I am. But kicking off any tournament with a player already holding a two-shot advantage has never sat well with me. Any changes I made to the format would start with getting rid of that.

Dethier: Sure, he’s right that the system isn’t perfect. But I’d love him to sketch out a more fair system.

Bamberger: Very, very simple solution: The playoff is a 216-hole event. That is, 12 rounds. Add ‘em up. Cut players after every round. Ramp up the pressure.

6. Steve Stricker has been learning more about his prospective Ryder Cup team via a questionnaire that he dispatched to players. “It’s funny, we filled out some stuff kind of like that: ‘What are you good at, what are you bad at.’ I think so he can get a feel for all the guys,” Scottie Scheffler said at The Northern Trust. If you were in Stricker’s shoes and could ask players one question to better understand them, what’s your query?

Sens: “Brooks and Bryson, I’ll be pairing you in the four-ball matches. Got any problem with that?” I’m serious, by the way. That would be a good move for many reasons.

Dethier: Pretty simple: “How much do you actually want to win the Ryder Cup?”

Bamberger: Or, to borrow Dylan’s theme: Here’s the first sentence of your obit: He won a U.S. Open. Or: He played on one Ryder Cup team, and he got the winning point. Which do you choose?