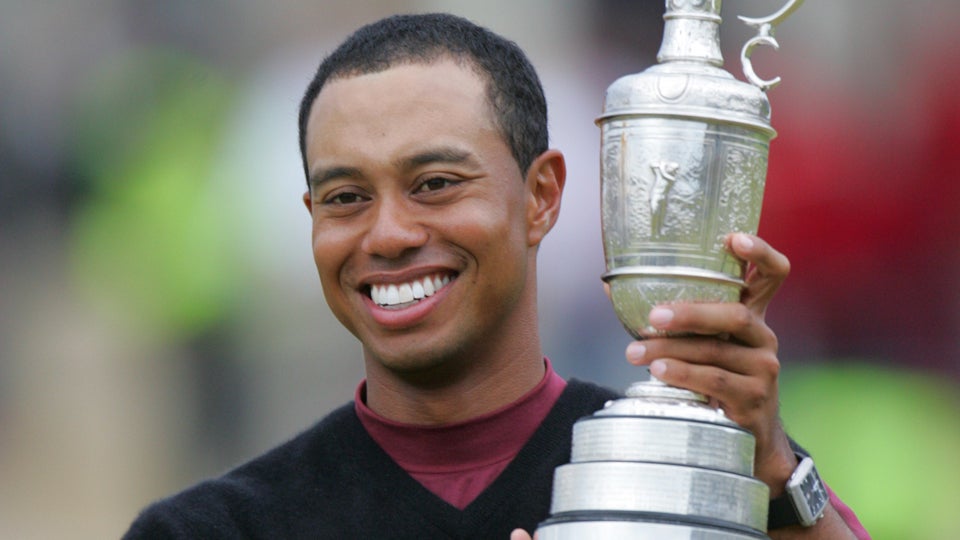 This was not the robot Tiger of 2000. This was Tiger in the midst of a reboot, fine-tuning yet another swing change.

Still, he played like an android assassin, laying waste to a championship field.

Attacking the Old Course with mechanical precision, Woods opened with a steely 66 on Thursday, then backed it up with rounds of 66, 67 and 71. He led wire to wire and was never really threatened. If there were glitches in the system, they didn’t show.

For anyone in search of human subplots, the week was sweetly scripted. Jack Nicklaus, who’d claimed two of his majors at St. Andrews, opted to make this his Open swan song. He missed the cut, and bid farewell on Friday from the Swilcan Bridge, clearing the weekend stage for his successor, who had claimed the Claret Jug at the Old Course in 2000 and with this repeat completed a second career Grand Slam — at least two titles at each of the four majors.

With emotions riding high around him, Woods went about his cold-eyed work, navigating breezes and quirky bounces and completing all four rounds with just a single three-putt. (Even that was on a short par 4 he’d driven, so he walked off the green without losing a stroke.)

A few players came within radar distance, including Sergio Garcia, Jose Maria Olazabal and Retief Goosen. But it was Colin Montgomerie who finished closest, five strokes off Tiger’s steady pace. You had to feel for Monty, falling short once more to Iron Byron. It had happened to him famously at the ’97 Masters, when Tiger blew away the competition at Augusta. That week, in Georgia, after being paired with Tiger in the third round, Monty had rung a note of resignation that would have applied nicely at St. Andrews, too. “All I have to say is one brief comment. There is no chance. We’re all human beings here.”

Well, nearly all of them, anyway.