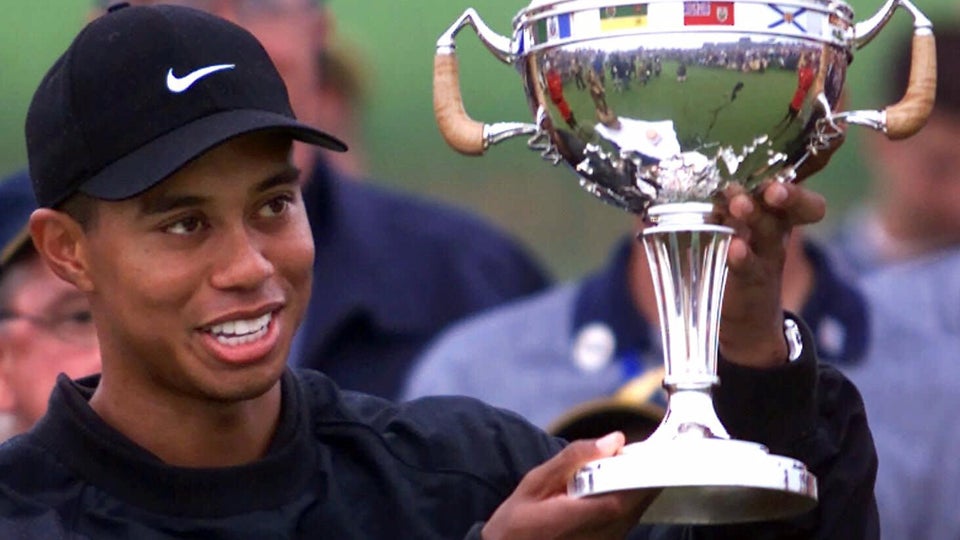 Tiger’s Greatest Shots is a thick album that could be debated at length.

None of his shots were more jaw-dropping, or timely, than the one he hit on the 72nd hole of the 2000 Canadian Open at Glen Abbey.

Woods was in a fairway bunker off the tee on the par 5 and had a 1-shot lead over Grant Waite. Woods faced a 218-yard shot, all carry over water to the green, and he hit a six-iron that flew over the flag and dropped 18 feet behind it.

In 2000, we were still marveling at the strength of Woods and the ridiculous distances he could carry his shots. A six-iron from 218? That was a stretch. A six-iron from 218 out of a bunker? No way. A six-iron from 218 to a green fronted by a lake on the last hole with the tournament on the line? Woods had already made golf feel puny by winning the U.S. Open by 15 strokes, but this shot, among all his others, made other Tour players feel even more hopelessly inadequate compared to Tiger, if that was still possible.

Tiger had won three major championships in a row through the PGA and now this stroke of genius at 18 clinched the victory when Waite’s eagle try broke off at the hole.

“He doesn’t have to say anything,” said Waite. “That shot explains what kind of a golfer he is. He is very special.”

In Friday’s round, Woods launched a 380-yard drive on the same hole and hit a lob wedge in for his approach shot.

Somebody got Earl Woods, Tiger’s father, on the phone at home in Cypress, Calif.

“What we’re doing is witnessing Rembrandt paint, and we’re all marveling at him mixing paint and brushing strokes,” Earl said. “The more you watch, the more you appreciate his talent. And every week, you see a move with the brush you had never seen before. And the painting starts to come to life, more and more and more. It is still unfinished.”