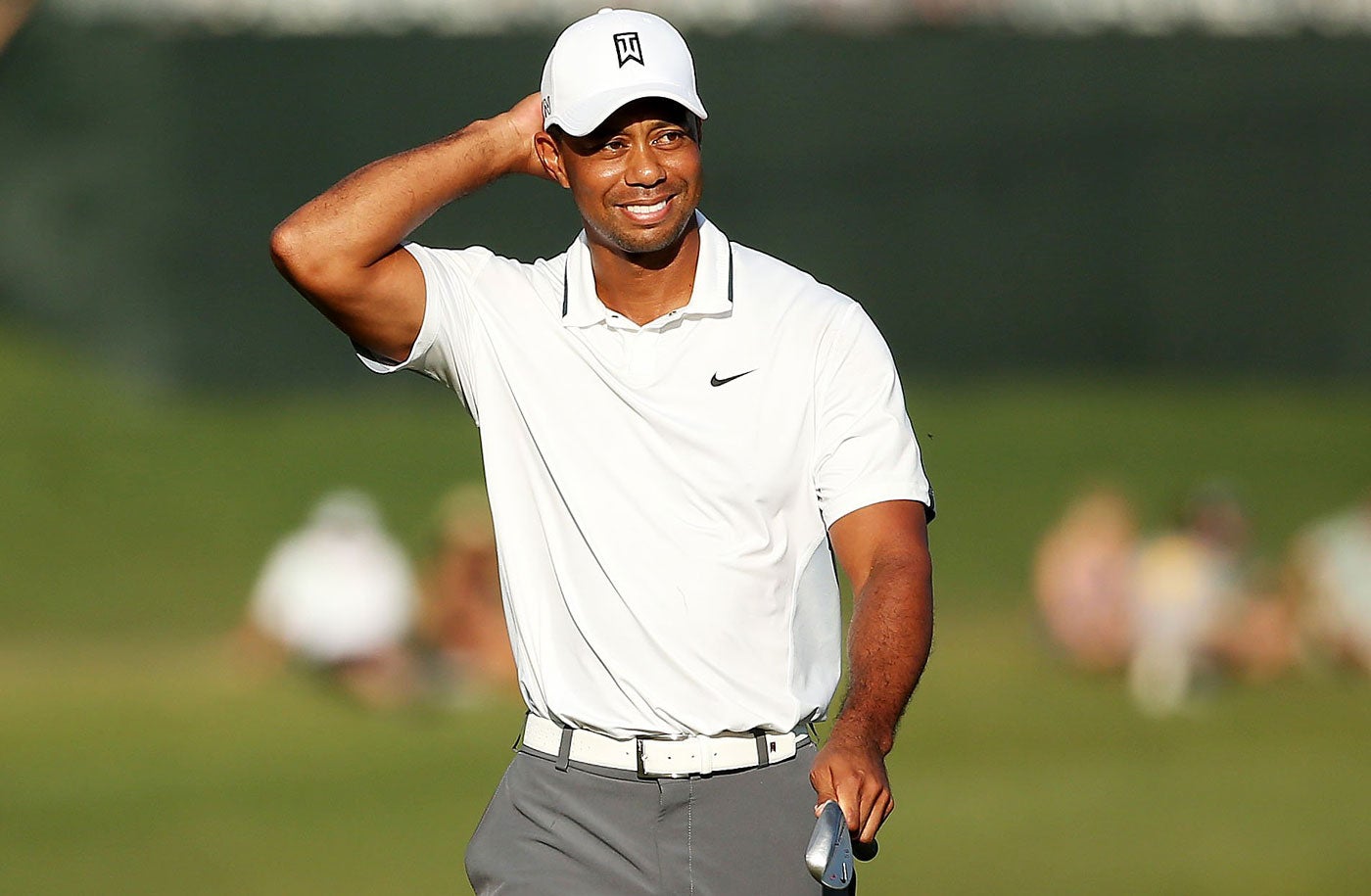 Tiger Woods has struggled to find his game in 2015, but he recently found a more important way to impact the golf world, and one boy in particular.

And all it took was a simple letter.

Not long ago Golf Digest’s Ron Sirak wrote a story about Sophie Gustafson, a former pro golfer who emailed him asking for help. Gustafson, who has a severe stutter, was mentoring a boy who also had a stutter and was being bullied by classmates. It got so bad, the boy attempted suicide.

Below is a portion of an email that the mother of the boy sent Gustafson. She shared it with Sirak.

“Wanted to give you update,” the mom wrote. “Things had been going well for a while. He played football for the first time this year, however, he was teased about his stuttering and quit the team. He has really been struggling lately, feeling lonely [because he] really does not have any close friends.”

“On the week of April 16th, he had a bad week, he had been teased about his stuttering. That evening, he attempted suicide. He yelled downstairs ‘Good bye, I love you.’ Me and my husband immediately ran upstairs, his bedroom door was locked, we busted down the door and he was sitting on the window and was getting ready to jump. We were able to grab him and keep him from going head first onto the concrete below.”

The mom eventually asked for some help, writing: “He continues to love to watch golf and is still a fan of Tiger. Is there anyway we could get his story to Tiger and see if he could help find something encouraging for (him) to look forward to?”

Sirak said he would “make certain Tiger knows this boy is a fan.”

Then, on Sunday evening, not long after Tiger had finished his round at the Players Championship, Gustafson tweeted this:

Thanks so much @TigerWoods for sending my friend Dillon a letter. He got so happy! It’s being framed and hanged. #class

Someone told me that you like watching me play golf. I really appreciate that, and I also want to say how proud I am of you.

I know what it’s like to be different and to sometimes not fit in. I also stuttered as a child and I would talk to my dog and he would sit there and listen until he fell asleep. I also took a class for two years to help me, and I finally learned to stop.

I was younger than most of the kids I competed against and often I was the only minority player in the field. But, I didn’t let that stop me, and I think it’s even inspired me to work harder. I know you can do that too.

You have a great family, and big fans like me on your side.

Be well and keep fighting. I’m certain you’ll be great at anything you do.”

But did it lift the boy’s spirits? As you can see from the paragraphs below, it certainly did. Here’s the email Dillon sent to Gustafson, which Sirak shared.

“On Saturday, I got a letter from Tiger! He told me that he used to stutter too. We are going to frame the letter. We have never seen a golf tournament in person, only on TV. I told my mom that when my leg gets better (Dillon fractured his leg during the suicide attempt) I think that would be a fun thing to do.”

“I hope that maybe one other person out there that is also having struggles, will hear my story and realize suicide is not the answer and maybe it can help them. I just acted on impulse and now wish that I hadn’t. I was just tired of feeling small and like I didn’t matter. I know that I do matter with the help of my family and friends like you to support me. So thank you and please thank Ron. You are a really great person.”