Tiger Woods to be inducted into World Golf Hall of Fame 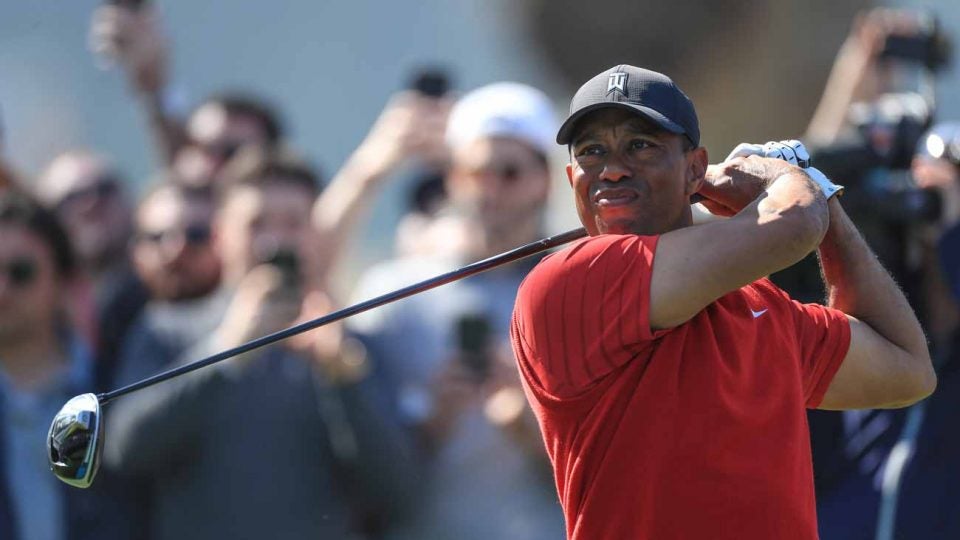 Tiger Woods received news that he will be inducted into the World Golf Hall of Fame.
Getty Images

Complete command over the competition on his way to 15 major championships, a PGA Tour-record-tying 82 victories and multiple other marks and accomplishments, not to mention an unmistakable influence over his golf generation and generations to come, will do the job.

Announced as one of 10 finalists at the start of the month, Woods received the news of his induction as part of the 2021 class on Wednesday via a phone call from Jay Monahan, PGA Tour commissioner and World Golf Foundation board chairman.

“Tiger has done more for the game of golf than anyone ever thought possible, and his historic feats on the course are only one aspect of his impact,” Monahan said in a statement. “His imprint on the game is immeasurable, and his unparalleled legacy is one we look forward to celebrating as he’s inducted into the World Golf Hall of Fame next year.”

Among Woods’ other accomplishments are 93 victories worldwide; completion of the “Tiger Slam” in 2000-01, when he became the first golfer to hold the Masters, U.S. Open, British Open and PGA Championship titles at once; and selection to eight Ryder Cup teams and nine Presidents Cup teams.

His Masters victory last April may rank as one of his best achievements, as he had been riddled by various off-the-course struggles since winning his 14th major in 2008.

“I am both honored and humbled to be inducted into the World Golf Hall of Fame,” said Woods, who is sitting out this week’s Players Championship with a sore back, in a statement. “This past year has been such an incredible journey, and the support I’ve received from my family, friends and fans has been overwhelming.”

An induction class has a maximum of four members, and news on this year’s other finalists — players Johnny Farrell, Padraig Harrington, Tom Weiskopf, Susie Maxwell Berning, Beverly Hanson, Sandra Palmer and Dottie Pepper, and contributors Tim Finchem and Marion Hollins — will be announced later, as will a date and location for induction.

“This achievement is the ultimate recognition to never give up and keep chasing,” Woods said.