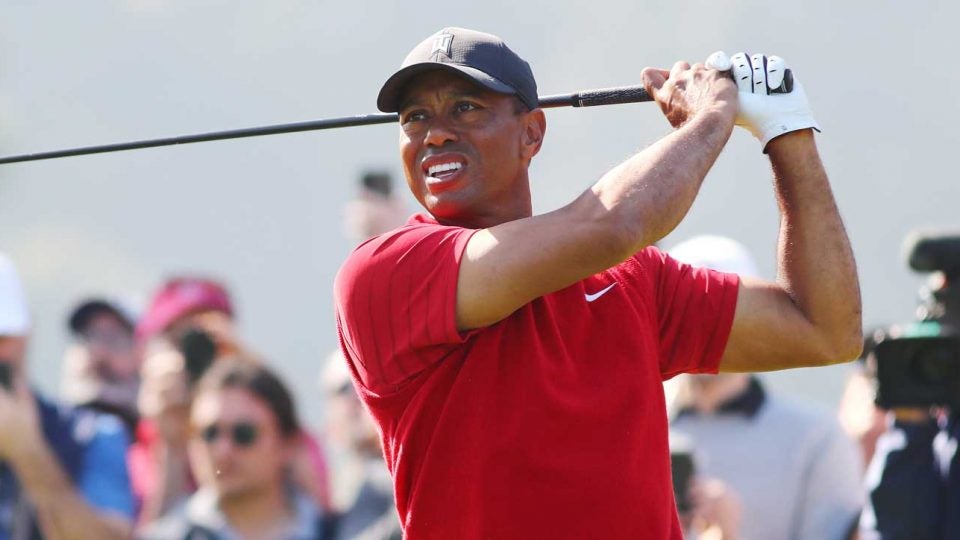 Tiger Woods and his 82 Tour victories make an easy case for the Hall of Fame nominating committee.
Getty Images

While there remains plenty for Tiger Woods to achieve in his playing career, he’s about to be enshrined for everything he’s done thus far in the World Golf Hall of Fame.

Woods was announced as a finalist for the 2021 induction Tuesday morning, alongside notables like Padraig Harrington, Tom Weiskopf, Tim Finchem and Susie Maxwell Berning. This follows the recent change in which the minimum age for inductees was lowered from 50 to 45. Without that, both Woods and Harrington would be waiting a bit longer.

With his 15 major victories and 82 PGA Tour wins, Woods will be a sure-fire pick for the 2021 ceremony. But who will join him?

Harrington won three majors in a tight span in the mid-2000s. Finchem was the commissioner of the PGA Tour during the majority of Woods’ career, creating the Presidents Cup and the First Tee in the process. Weiskopf won a major at the 1973 British Open, and added another 17 victories worldwide.

Leading the female competitors is Maxwell Berning, who won four majors, including three U.S. Women’s Opens in a six-year span. For more on the other candidates, check out their bios here.

According to the World Golf Hall of Fame, the date, location and class of inductees will be announced “in the coming weeks.”