Does Tiger Woods’ weight affect his game? He thinks so 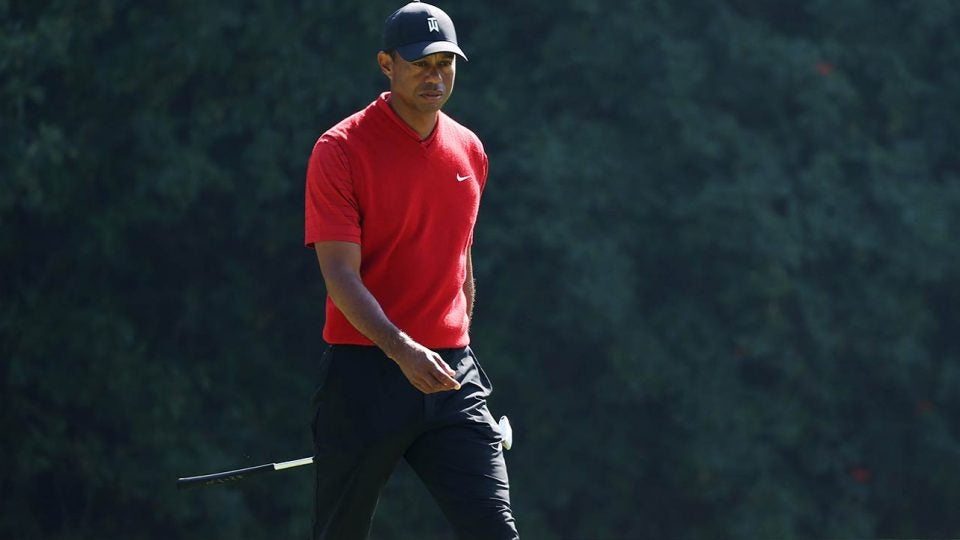 Tiger Woods' weight may have played a role in his poor showing at the Genesis Invitational.
Getty Images

Tiger Woods the host had a great week. His tournament had an exciting finish starring a leaderboard filled with the world’s best golfers — and benefited his TGR Foundation in the process.

Tiger Woods the player, however, would like this week back. His game looked great for the first nine holes of the Genesis Invitational, and then things started to fall apart. It’s hardly the first time we’ve seen Woods struggle in recent years, but it remains a strange spectacle.

While it was clear that Woods didn’t have it this week, the question remains: Why?

In an interview with Golf TV’s Henni Zuel, Woods admitted that his body felt off this week, including his weight, which was a little lighter than he’d like.

“I’m a little bit light for me right now, which I don’t really like,” Woods said. “I like being a little lighter, but not quite this light, so [I’m] going to get in there and start eating a lot, start training.”

Woods has pointed out in the past that he tends to lose several pounds over the course of an event. When asked, Woods — a notoriously meticulous guy when it comes noticing the slightest differences in his gear — admitted he felt that weight loss in his swing.

“I do. I do,” Woods said. “And as the tournament week goes on, I usually get a little bit lighter. And if I play in back-to-back weeks, I get even lighter.”

So how does he plan to gain weight now that he’s confirmed he will not play next week at the WGC-Mexico Championship?

“I’m going to start training right away, start training tomorrow and getting after it,” Woods said of his plans for his week off. “Try to put a little bit of weight on.”

Exactly how will Woods accomplish his goal of “putting weight on”?

“Eating. Protein shakes and lifting and maintaining the muscle mass.”

So despite having the week off from golf, it sounds like Woods will be pretty busy trying to get himself in shape for his next start, which is likely to come at Bay Hill. There’s no doubt he’s hoping to get to a proper fighting weight in time for his title defense at Augusta National.

You can watch the the full interview below.

Tiger’s mission after a disappointing weekend at @thegenesisinv? Spend the next week eating, training, and gaining weight.