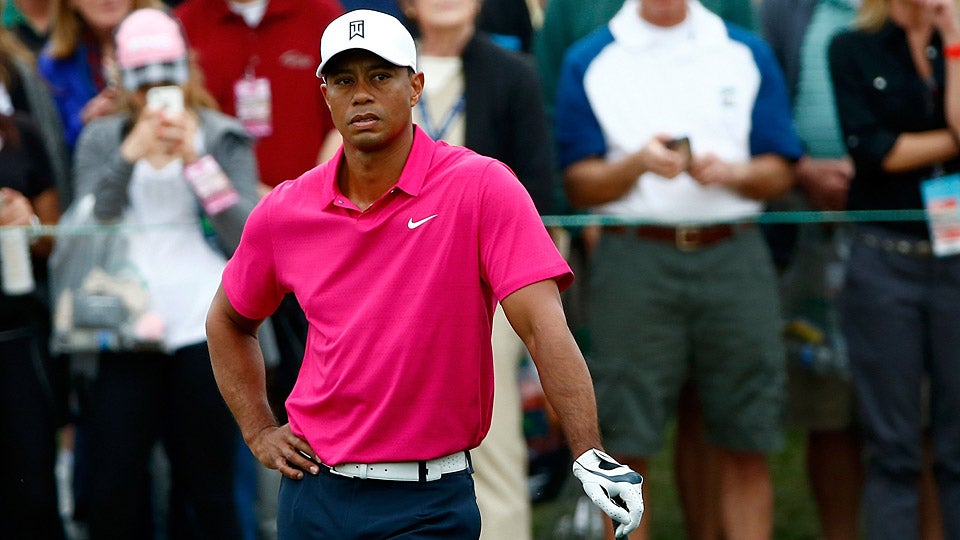 Tiger Woods struggled mightily in his first competitive round of 2015.
Sam Greenwood/Getty Images

SCOTTSDALE, Ariz. — Tiger Woods has a new swing and a new coach and an age-old problem.

It looks an awful lot like Tiger has the chipping yips. It’s kind of verboten to use that y-word in golf but any golfer who’s been there knows it when he sees it.

While Tiger’s long game was predictably erratic due to all the time off and the swing changes he’s trying to effect, a Tour player’s short game shouldn’t be this bad. He was flat-out chunking wedge shots just like he did at his own event, the Hero World Challenge, last year. Ok, he had the flu all week, so you could write that off as being sick.

You can’t write off what he did Thursday quite so easily.

Tiger spun his two-over-par 73 round as best he could. He did, after all, stiff a 5-iron shot close for an eagle at the 13th hole and birdied the 17th hole. He played the last six holes in three under par. The problem was, he was five over on the opening 12 holes, and a lot of those shots were lost around the greens. Two tournaments, yes, but months of practice and playing and working out. It’s not as if he just showed up here to try it out. He showed up and his game wasn’t ready. And to make a point, a 73 was a pretty good score for how he played. A good round Friday and sure, he could easily make the cut and be around for the weekend. But it is difficult to see him getting into contention with his aversion to his untrustworthy wedge play.

His bump-and-run shot at the first hole didn’t reach the green. Bogey.

His relatively easy pitch at the second hole didn’t check up and ran 18 feet past, a poor shot. Bogey.

At the par-5 third hole, he left another pitch short of the green, then got up and down to save his par.

At the fourth hole, he left another chip short of the green, then took three more to get down for a double bogey.

By the time he came up well short of the sixth green, he was feeling skittish about his chipping so he used his putter from the fairway, the kind of shot you see at British Opens. He rolled it up nicely and saved par.

Then came the ninth, where he thinned his pitch shot over the green and made another bogey. 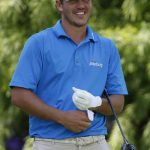 Woods hit only five fairways and ten greens in regulation and was only three for eight in the scrambling department. That is not a recipe for success no matter how many explanations and spin tactics you offer. A little better short game play and Tiger is two under, not two over.

One thing we’ve learned about Tiger over the years is that he’s a slow learner. It’s weird, since he’s obviously the most talented and gifted player of the modern era, but history shows that he isn’t a quick study.

He’s working on the fifth iteration of his swing. On each of the last three changes — to Butch Harmon then to Hank Haney and then to Sean Foley — it took Tiger well over a year to get a handle on them. With that perspective, this is way, way too early to expect superlative play. He’s been working with Chris Como for only a matter of months.

“I’ve been through this before,” Woods said after the round. “It takes time. I need competitive rounds. I need tournament rounds like this so I can fight through it.” Woods did not directly address his pitching. You may recall on Tuesday that he said his short game was in good shape because he’d hit “thousands and thousands of chips” and straightened out the problems.

Under the adrenaline of Thursday’s competition, those problems were not straightened out.

His swing will progress. At what rate, who knows? But he is not going to forget how to hit iron shots. His career shows that. The bigger question is whether he can get off the tee a little better.

Tiger also said he’s not used to his swing being on such a shallow plane as it is now and he had trouble trusting it, especially on the front nine when he kept losing shots to the right. Erratic long shots? Those were understandable. But not the short game woes.

Just about every Tour player wields a 60-degree sand wedge like a weapon and is able to make it stop on a dime, spin and dance a jig if need be. When you see a Tour player putting from a thick fringe or from a long ways off the green in the fairway, that’s a red flag that he has zero confidence in his ability to hit a chip shot.

Tiger tried to stay the course and remain optimistic and in spin mode when he met with reporters after the round, but he wasn’t asked about the y-word issue and didn’t volunteer to go near it.

He’s got some new grinds (sole patterns) on his wedges, he said, and while they’re similar to what he used to use in the early 2000s, they’re still different than what he’s used for quite a while.

“Some of my shots were into the grain with tight pins and either I’ll flop it or bump it,” he said. “I chose to bump it.”

There is truth to what he said but seeing is believing. He looked semi-lost when he faced the possibility of pulling a wedge out around the greens. That part of his game should’ve been fixed by now.

Let’s hope his problems are just a matter of reps. We’ll see.