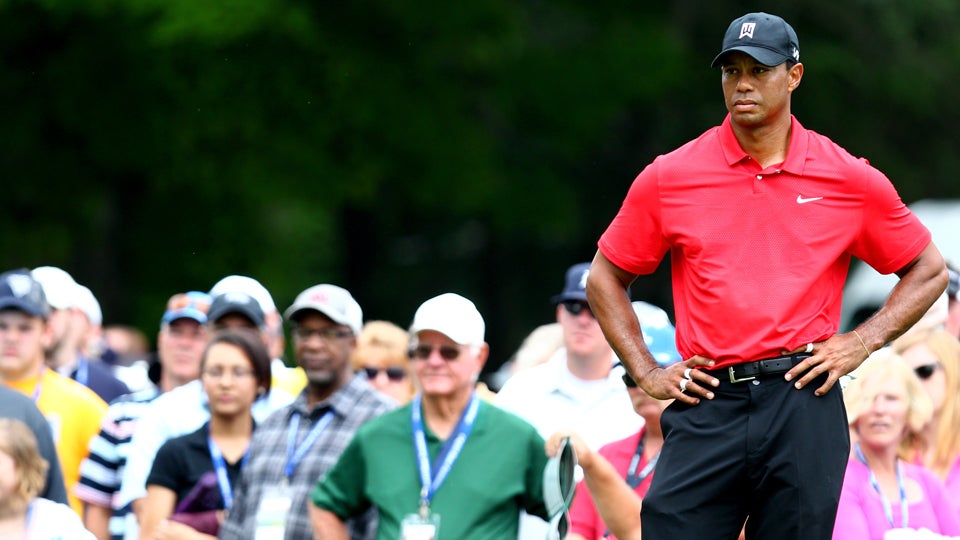 The Old Course that Tiger Woods encountered Saturday during a Nike-sponsored three-hole practice round with junior golfers was not what the three-time Open champion expected.

“I was shocked,” Woods told ESPN.com and USA Today. “I had seen photos of it a month ago. It was bone dry. It looked like it was going to be one of those dust bowls again; hard, fast, like the years I’ve played St. Andrews. It’s changed. They got big rain and a lot of sun. It’s totally changed.”

Woods has twice won the Open Championship at St. Andrews, most recently in 2005 and in 2000 as part of the Tiger Slam. Louis Oosthuizen won in 2010, the last time the Open was played at the home of golf.

“I’m going to have to do a little bit of feel around the greens, my putting,” Woods said. “I wasn’t expecting the firmness to be that soft. We made ball marks on the greens. I don’t ever remember making ball marks around this place.”

Woods touched on his work with instructor Chris Como and still has a positive vibe from his performance last week at the Greenbrier Classic.

Here’s Tiger ripping a drive during his practice round: