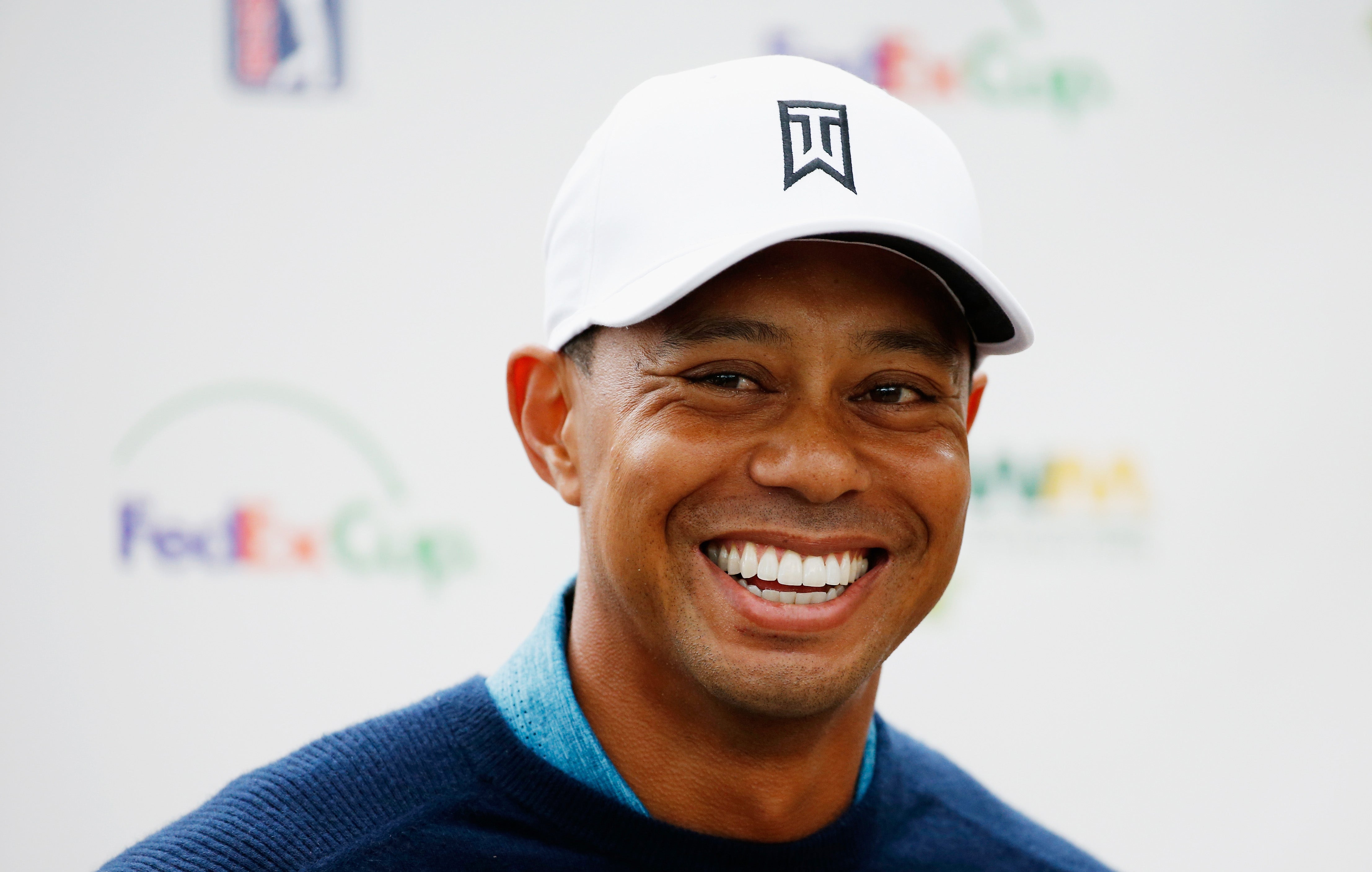 Tiger Woods is all smiles talking with the media on Tuesday about losing a tooth at girlfriend Lindsay Vonn's ski race Italy last weekend.
Getty Images

SCOTTSDALE, Ariz. — Tiger, let’s talk about the elephant in the room. Did you deflate those footballs?

All right, nobody actually asked that question Tuesday morning when Tiger Woods met with the media after a nine-hole practice round here before the Waste Management Phoenix Open. Woods fielded just about every other question, though, adeptly and in pretty good spirits.

Tiger Woods is back. He’s not just a big deal, he is still the biggest deal in golf, with apologies to Rory McIlroy.

ToothGate, or whatever you want to call it, was one long, overblown media timeline that even Woods had a laugh about, although he said the whole broken-tooth thing was no laughing matter. He described what happened in such detail that he was very convincing, which should shut down those conspiracy theorists who imagined all kinds of scenarios. He even cracked a few jokes in the retelling of the story about how his tooth got broken and came out after he watched Lindsey Vonn break the World Cup skiing record for career victories. Photos of him with a missing tooth became international news, plus he’d been wearing a skeleton’s mask at the time. “I had the mask on so no one knew who I was, I was trying to blend in because there are not a lot of brown dudes at ski races, okay?” he said, laughing. “So all the camera guys are below me on their knees or moving around trying to get a picture because Lindsey is hugging people and congratulating other racers as they’re coming down. Dude with a video camera on his shoulder right in front of me, kneeling, stood up and turned and caught me square on the mouth. He chipped one tooth and cracked the other. I’m trying to keep this thing so blood is not all over the place. Luckily, he hit the tooth I had the root canal on. That one chipped. But the other one had to be fixed because it had cracks all through it.

“The flight home was a joke. I couldn’t eat or drink until they were fixed. I couldn’t have anything even touch it. Even breathing hurt because any kind of air over the nerve, that tooth was still alive. I had to fly home and get it done first thing in the morning.”

Asked if the photographer knew what he’d done, Tiger said, “He didn’t care.”

He was also asked if he was surprised that it became such an international news story. “It’s a new world, we have to fill up space,” Woods said. “The story is Lindsey breaking the record. You get teeth knocked out in every sport but unfortunately, I wasn’t actually competing and got my teeth knocked out.” 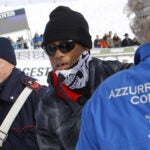 The new teeth, Woods said, are permanent. The mask he wore, he said, was from “Ghost Recon,” a popular military shooting video game. Informed that a lot of people didn’t believe his version of the story and that there were conflicting reports, he replied, “Dude, you guys, it’s just the way the media is.” Then, using his favorite pet phrase, he added, “It is what it is.” ToothGate should be put to rest now. The focus will turn back to Tiger’s game and how it looks under his new instructor, Chris Como.

When Tiger was last seen, he was playing the Hero World Challenge, an event he hosted, while struggling with a bad flu bug. His swing was still in flux and his short game, even factoring in his illness, was pretty bad. He chunked a handful of wedge shots around the green in embarrassing fashion.

“The flu bug got me good for three weeks and I lost a lot more weight,” Woods said.

Eventually, he felt better and was able to resume his physical training and practicing with Como.

“We have a game plan,” Woods said. “Each stage, we’re ahead of schedule and that’s a good sign. Overall, I’m very pleased to go out there and hit shots. I’m cranking up speed, the speed’s coming back. It’s going to be a fun year.”

The most notable part of Tuesday with Tiger was his pleasant attitude and his obvious enthusiasm to be back on a golf course. He seemed a bit more mellow last year before the back surgery sidelined him during the summer. It’s a new year and he seems even more mellow and comfortable with his place in the game as a celebrity.

And, if you want to read between the lines, he seems confident. It has been a few years since we’ve seen that. He won five times in 2013, which we tend to forget, but that seems so long ago and far away.

The TPC Scottsdale course isn’t the same one Tiger last played in 2001. Course designer Tom Weiskopf came in after last year’s event and tweaked the course, making it tougher and a little longer in places and rearranging some bunkers. This course has always favored longer hitters but Woods thinks the changes may have taken the edge off their advantage.

“The number to carry a lot of these bunkers now are just barely out of reach for some of these guys, even the big boys,” Woods said. “You’ll be playing to the side of them instead of over the top.”

Now, he said, the big hitters will be forced to drive to the same areas where the average hitters drive to because they won’t be able to fly lit over the bunkers.

“I don’t see the scores going as low,” Woods said.

He is very happy to discuss his driving, the part of his game that has been his weakest link for a number of years. “My driving has come around a lot faster,” Woods said. “I’m a lot longer than I thought I ever could be again. My speed is way back up and that’s fun. I’m touching numbers that I did 15 years ago, so that’s cool.”

Imagine a Tiger Woods who uses his driver as a weapon again instead of it being a liability. Of course he’s optimistic, he’s a world-class athlete who knows he can play the game. If his driving really is that good, he could be a contender again in short order, even for major championships. Assuming his putting stroke resembles something we recognize as Tiger’s putting stroke.

If. That’s a big word but one that can never be ignored when it comes to Tiger.

It’s a mild upset that he’s here. Phoenix probably didn’t expect to see him ever again. It’s been 14 years, though, so the media asked Woods to stroll down memory lane during his session, including his famous hole-in-one in 1997 and the time the fans rolled a boulder out of his way in the desert so he could play a shot.

“I think I broke Fluff’s hand,” Tiger said, recalling the high-five he performed with caddie Mike “Fluff” Cowan after the shot at the 16th hole.

The boulder story still makes him smile. “I thought it was lighter than it was,” he said. “The rules say ‘movable objects’ and I thought I could move it. Evidently, it took about five dudes to do it. The funny thing is, they moved it the wrong way. They moved it in the direction I didn’t want to have it moved so I had to start the ball off to the right. But I wasn’t going to have them go back in there into the cactus and move it back the other way.”

Tiger kicked off his press comments by saying it was great to be back. I’m pretty sure golf feels the same way. Tiger is back. Maybe that’s why it feels as if the real golf season starts right now, this week at the Waste Management Phoenix Open.

How do you think Tiger Woods will play at the Waste Management Phoenix Open this week? Join the conversation in the comments section below.