Tiger Woods said this comeback would be different. He was right 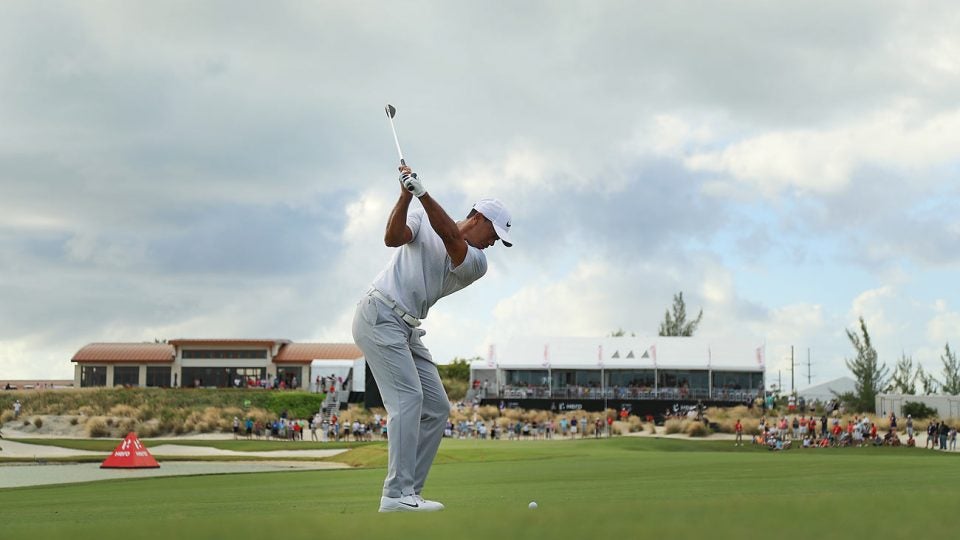 Woods shot 31 on the front nine Friday and finished with a four-under 68 for his round.

NASSAU, Bahamas — It wasn’t supposed to happen like this. Not this fast. Maybe not at all.

Tiger Woods, if you haven’t heard, is attempting a comeback. He’s done this many times before, and the last couple of attempts have produced less-than-desirable results.

The latest run began this week here at the Hero World Challenge, with expectations relatively low. Yet here we are. Woods shot back-to-back rounds in the 60s, held the lead at two different points on Friday and trails by five heading into the weekend. Days ago, most of the golf world would have considered the outing a success for Woods if he simply shot four ho-hum rounds and claimed to be healthy when it was over.

But this? No one expected this.

Tiger Woods, the 14-time major-winner who has endured a series of public embarrassments and even more surgeries and recoveries, is contending at a golf tournament.

It’s going to take two more exceptional rounds for him to actually win the tournament — especially after leader Charley Hoffman went nuts and birdied the final five holes — but Woods is only five back at the halfway point. The fact that we are even talking about Woods and his placing in this tournament would have been almost laughable a week ago. Training wheels first — get healthy and comfortable. Win? Please. This should be, to use one of Tiger’s favorite terms, a process.

But Woods all along said this comeback was different because his surgery was different. The pain was gone. Over. Kaput. He kept telling us. Now, after watching him play — and seeing his ball speed reach 180 mph — it makes sense.

“As I told you guys earlier this week, I didn’t know what to expect because I hadn’t played, I hadn’t competed, I haven’t had a fused back before in my life,” Woods said Friday. “These are all new things. As you can see that even with the fused back, I still have some speed out there and these are all things I’ve had to learn and will continue to learn. This is a new body that I’m getting used to.”

Woods shot a three-under 69 Thursday to get the golf world’s juices flowing, but no one knew if he could keep it up. But Thursday was just the preamble. Friday? Ohhh, Friday. He started birdie-par-birdie-birdie. He hit booming drives and knocked irons close and on the 9th, well, did you see the 9th?

Woods hammered a drive, and with 271 yards remaining and with water right, he smashed a three-wood — and then stared it down.

“Talk to me, Joey,” he said to his caddie as the ball flew.

It landed on the green and nestled 15 feet away. As Woods stalked his eagle try, the gallery stirred. When he rolled his ball toward the hole, the crowd nearly willed it into the cup. They wanted it as badly as Woods did.

Yes, of course, the Hero World Challenge has only 18 players. But this isn’t the Barbasol Championship, either. Pretty much the entire field is comprised of brand-name players: Jordan Spieth and Dustin Johnson and Justin Thomas and Hideki Matsuyama. They want to win. There’s $1 million on the line. And pride, always pride. 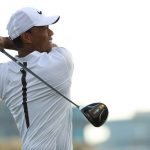 You may also like TEE TIMES: Pairings, TV schedule for Round 3 of the Hero World Challenge

There were warning signs of this surge. But we had heard similar rumors of Woods’s “progress” preceding several other comebacks, too. Fool us once, shame on you (you know the rest).

Former pro Brad Faxon provided some of the fodder for Tiger optimists after they played together along with President Trump and Dustin Johnson. I asked Faxon, one of the few pros who have spoken about playing with Woods in the last few months, if he’s surprised by what Tiger has done over these 36 holes.

“I thought he would play well,” Faxon said via text message Friday. “I knew if he hit a few good shots early and got a little confidence he wouldn’t ‘forget’ how to do it.”

“The difference between last year and this year is that he just looks so much better, so much healthier and freer in the golf swing,” said Patrick Reed, who is tied for 10th. “So to see him go out and playing well doesn’t surprise me. When that guy’s healthy, everyone knows what that guy can do.”

After his round Friday, Woods was asked 18 questions about his play, his health and his expectations. As he walked out of the interview room, a reporter fired off one final query.

“You think you can win?”

“What do you think?” Woods said.