There are still two rounds to be played at Royal Portrush, but history has already been made this week. For fans of two of the game’s all-time greats, it’s not the kind of history they were hoping for.

News
The Open 2019: Tiger Woods is heading home early for a much-needed (and well-deserved) break from golf

This was not exactly a startling result for either player. Mickelson, who tried an obscure diet this week in which he lost 15(!) pounds in 10(!) days, shot a 76 on Thursday. Any minimal expectations for his week evaporated after that. His birdie on No. 18 on Friday was but a nice send-off for a forgettable week.

For Tiger, well, you probably know how this went down. There was the wince on No. 1 on Thursday that set the tone for a 77. Then there was some minimal encouragement on Friday, when he shot a one-under 70. It’s becoming clear the conditions have to be pleasant for Woods to compete these days. He knew Portrush didn’t quite align with his game at the moment. The results (an uninspiring six-over) speak for themselves. 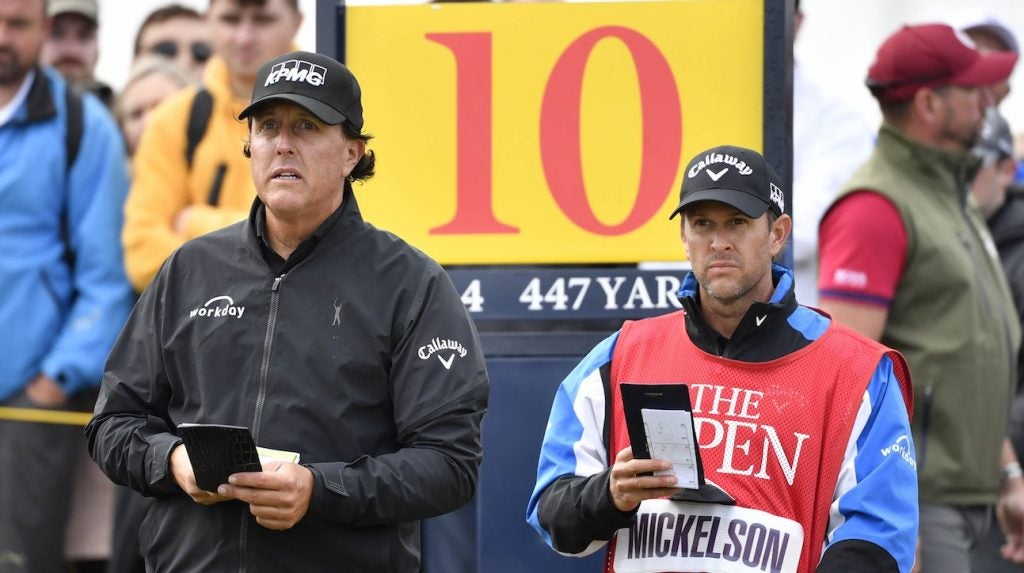 Phil Mickelson with caddie on the 10th tee during the first round of The Open Championship.
Steve Flynn-USA TODAY Sports

Still, while neither result is all that surprising to keen golf observers, the rarity of it brings the sport’s changing of the guard into focus. It’s now a sport ruled by Brooks and DJ, Spieth and Rory, even Wolff and Hovland. For as magnetic as Tiger and Phil are and will continue to be, they are firmly in post-prime phases of their careers.

This is just the latest, but maybe most stark, warning sign of that reality.