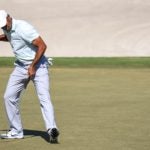 A Tiger Woods docuseries is coming to HBO in the fall.

Mark you calendars, because another big-time sports documentary is coming to your TV.

Journalist Armen Keteyian recently joined the Burst Your Bubble Podcast with hosts Josh Owen and Kyler Donaldson and dropped one nugget most golf fans will be pumped to hear — a Tiger Woods documentary is coming to HBO later this year.

We knew a Woods doc was in the works, but now we have a tightened-down timeline. Keteyian teamed with Jeff Benedict to co-author the New York Times best-selling biography Tiger Woods, which was released in 2018, and around the same time it was announced that Alex Gibney and his Jigsaw Productions was developing a docuseries based off the book. While Keteyian wasn’t able to unveil too much about the project, he did give us some important details.

Keteyian said the series will consist of two two-hour episodes and air on HBO later this fall. Matthew Hamachek and Matthew Heineman are the project’s principal directors and Keteyian and Benedict are executive producers.

“I can tell you that it’s scheduled to come out in the fall,” he said. “Don’t be surprised if it airs right around the Masters in November. If you are HBO, that’s the smartest and best place to do it. I can tell you this, I have seen it now several times, including this morning when I watched the final two hours. It’s a fabulous job.”

Keteyian said many of the key figures interviewed in the book will appear on the docuseries, including others who weren’t. He mentioned appearances from people like Nick Faldo and Bryant Gumbel, as well as long-time journalists Karen Crouse of the New York Times and GOLF’s Alan Shipnuck and Michael Bamberger.

“I’m really proud of it,” Keteyian said. “I know it’s going to be a big deal for HBO, so you know, we got our fingers crossed for sure.”

“In the end, we wrote a book that I think is going to stand the test of time,” Keteyian said. “There’s been interest in Hollywood and for a scripted series based on the book, so I think for me, that book is as proud a personal accomplishment because Jeff and I poured, I can’t even tell you how many thousands of hours into it. Even though we were paid a nice amount of money, we laughed and said in the end we were probably working for minimum wage or less than minimum wage.”