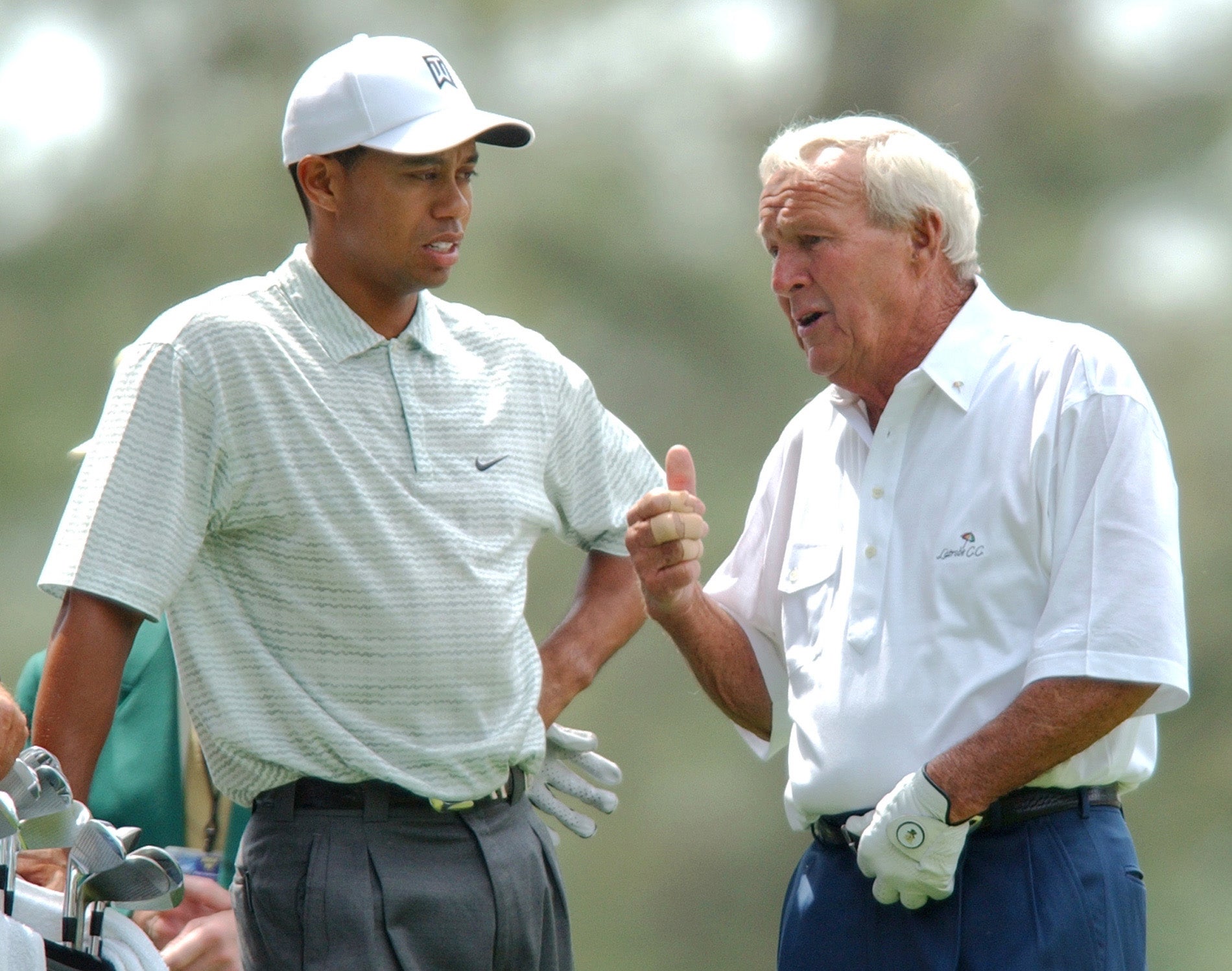 Count Tiger Woods among the legions of Tour pros who paused Sunday evening to pay tribute to Arnold Palmer. Woods and Palmer were longtime friends.

Woods won Palmer’s PGA Tour event, the Arnold Palmer Invitational, a record eight times. Both of Woods’s children were born at the Winnie Palmer Hospital for Women and Babies in Orlando.

Woods released the following statement: “It’s hard to believe that Arnold has passed, and I’m deeply saddened by his loss. He meant so much to the game and to me personally. I knew that I could always call him for advice, and I looked forward to seeing him at Bay Hill and the Masters. Arnold touched so many people. My kids were born at the Winnie Palmer Hospital for Women & Babies, and his philanthropic work will be remembered along with his accomplishments in golf. It was an honor and privilege to have known Arnold, and I’m forever grateful for his friendship.”

Thanks Arnold for your friendship, counsel and a lot of laughs. Your philanthropy and humility are part of your legend.

(2/2) It’s hard to imagine golf without you or anyone more important to the game than the King.