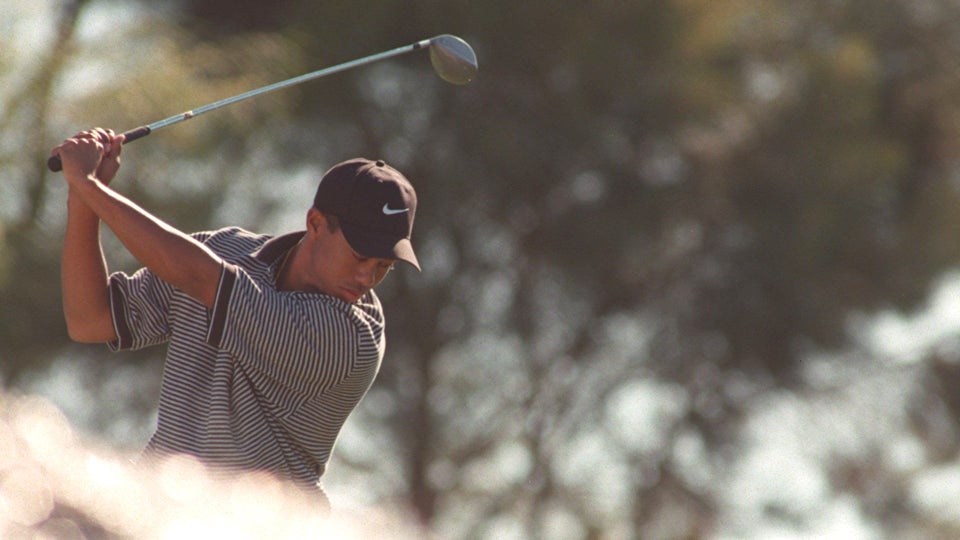 “He will transcend this game and bring to this world a humanitarianism which it has never known before.”

OK, so maybe not.

But he sure did make a splash on the sporting scene.

As evidence: those weighty words from his father, Earl Woods, as quoted in a Tiger profile by Gary Smith that ran in Sports Illustrated in 1996.

Remember that issue? The one with Tiger on the cover? Revealing him as SI’s Sportsman of the Year?

It was no small honor. It added Tiger to a roster of Sportsman of the Year recipients that dated back to 1954 and included the likes Arnold Palmer, Jack Nicklaus and Muhammad Ali.

And Woods had just turned pro, too.

The recognition—and the accompanying profile—heightened the hubbub around Tiger, who already walked amid a swirl of expectations, none loftier than those laid down by his own dad.

In Smith’s piece, Earl Woods went on to hail his son as the “Chosen One” and predicted that he’d have the “power to impact nations. Not people. Nations.”

On the course, at least, he pretty much lived up to his father’s pledges.

In 2000, Sports Illustrated honored him again as Sportsman of the Year, the only athlete ever to earn the award twice.