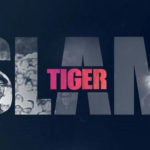 Following "The Last Dance" is no easy task, but Golf Channel certainly did its best with the "Tiger Slam."

If sports fans have learned anything these last two months, it’s that a good documentary can be just as captivating as real, live sports on our television screens.

By all accounts, “The Last Dance” featuring Michael Jordan in all his competitive grandeur was a hit for ESPN. Which is why it makes great sense for Golf Channel to release a golfy derivative of that: the “Tiger Slam.” The hour-long tribute to “the greatest golf ever played” — Tiger Woods’ epic 10-month run from June 2000 to April 2001 when he won all four major titles — airs at 8 p.m. ET on Sunday on Golf Channel, just hours after Woods and Peyton Manning take on Phil Mickelson and Tom Brady in a charity match.

Woods’ chase to put all four major championship trophies on his coffee table was not unlike Jordan’s annual chase for NBA championships. Each opportunity came with different circumstances to conquer, different expectations from the media, and a different supporting cast of characters. That’s the core beauty of what Golf Channel has put together. The dominance Woods displayed at Pebble Beach was similar in magnitude to that of St. Andrews, but much different in appearance. The duel with Bob May at Valhalla was unlike anything we’ve really seen before, and the Masters, well, the final piece speaks for itself.

With actor Michael Kenneth Williams narrating and Onyx’s Slam as the theme song, “Tiger Slam” aptly weaves some previously unheard insights from the likes of Butch Harmon and caddie Steve Williams, two men who were as close to Woods’ greatness as anyone. Both Harmon and Williams have discussed the topic before, but rarely have they ever been so dialed in to specific details as in this doc. Things like how Tiger convinced Harmon he should bet on Woods right before his U.S. Open win.

The main piece lacking is Woods himself, sitting there on screen, reminiscing about his accomplishments. Did he feel as dominant as he seemed? Was there ever any internal doubt? We’ll all have to wait for Woods’ upcoming memoir for some of those answers, as this doc only pulls archival footage of Woods press conferences and television appearances. (Woods rarely sits down for extended discussions with media, especially for projects out of his control, so his absence is unsurprising.)

Also lacking is insight from Woods’ biggest rivals. There is no Phil Mickelson or Greg Norman. No Ernie Els, Sergio Garcia or Vijay Singh. Are those essential voices? They would certainly help explain what PGA Tour players thought of the game’s shiniest star, but there is plenty of Bob May and some David Duval included. After all, those two had the best chances to keep the Tiger Slam from ever happening.

But don’t let those omissions keep you from enjoying golf’s greatest dance — they are relatively minor in the modern era of golf content creation. Whatever the doc misses from player memories it makes up for in simply sticking to the story: those 10 incredible months of golf. That’s where Harmon, Williams and even Woods’ longtime friend Notah Begay shine. The men closest to the man. Toss in a little Scott Van Pelt, Dan Hicks, Mike Tirico, David Feherty and Jim Nantz, and we’ve got quite the party.

Thankfully, this documentary doesn’t just focus solely on Woods’ wins, but rather the combination of everything that led to golf’s highest peak: his relationships with Harmon and Williams, the incessant drive for a perfect swing, his years of winning, winning, winning. Strip away the details and it feels a lot like a golfing Michael Jordan. For the last five Sundays we’ve all watched who was once the greatest athlete on the planet. Now, on the sixth Sunday, we’ll be reminded of the brilliance of another.