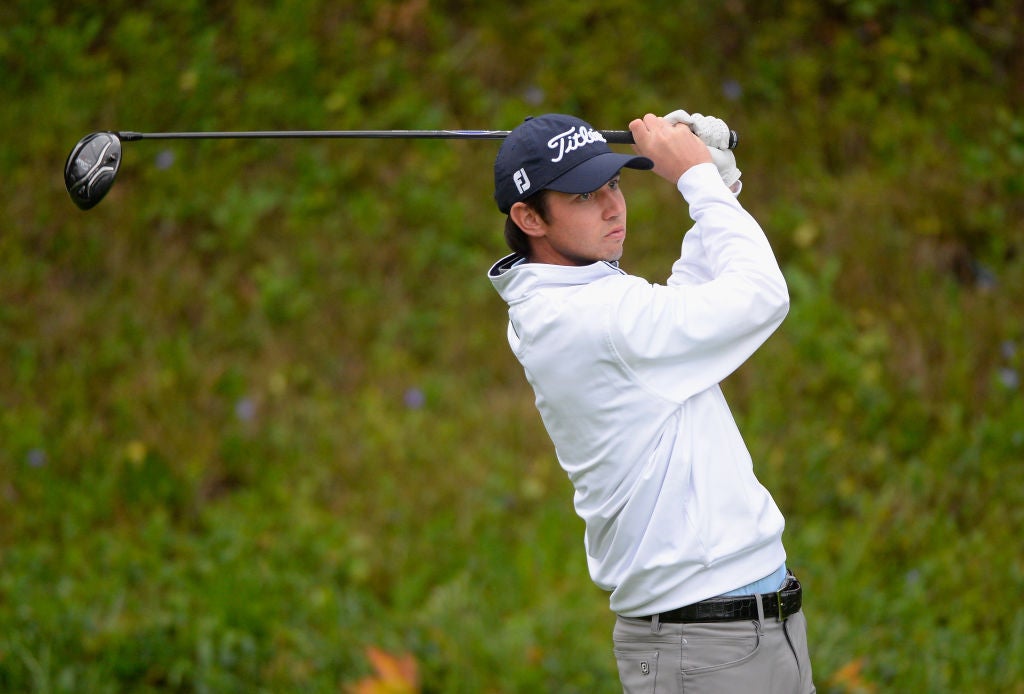 J.T. Poston plays his shot from the 13th tee during the third round at the Genesis Open.
Getty Images

PGA Tour rookie J.T. Poston was apparently mistaken for a parking valet at the Honda Classic this week–but he had a good attitude about the incident. Poston tweeted yesterday about a man at PGA National throwing him his keys in the parking lot outside the tournament.

Poston, who’s coming off his best finish on the PGA Tour so far at the Genesis Open (T17), took everything in stride, ending his tweet with the remedy for his recognition problems: #playbetter. Way to be, J.T.

He can also take comfort in the fact that he’s not alone:

@jt_poston @NickFMackay haha. My first year out there another player (name rhymes with o’fair) thought I was a valet driver. #playbetter