The 17 Best Jobs in Golf: From Blimp Pilot to Hedge-Fund Golf Pro 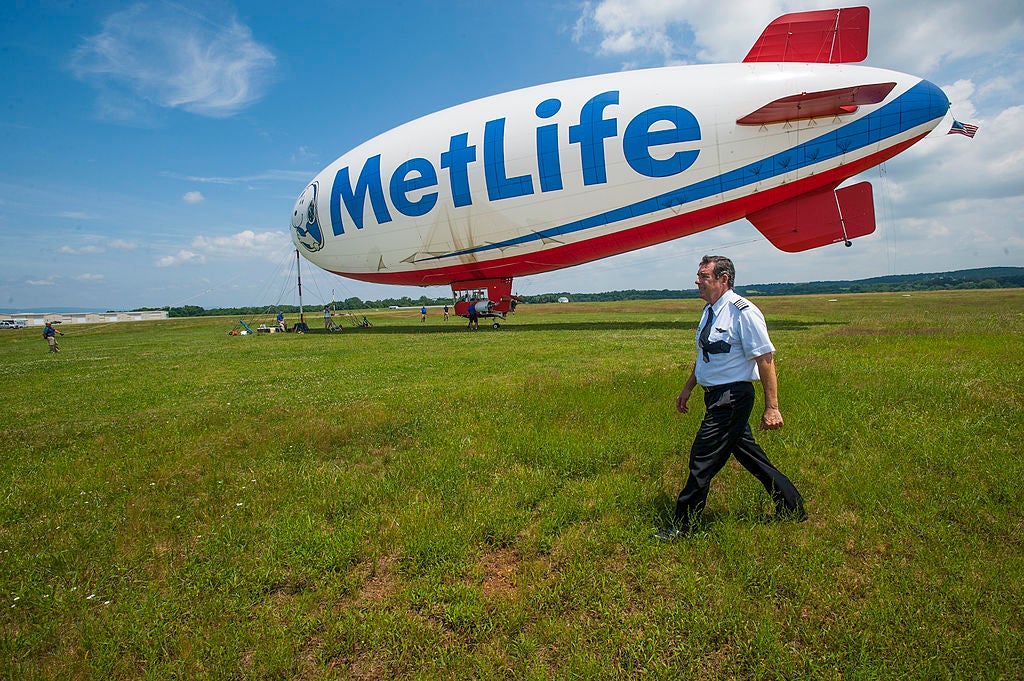 This guy has a pretty great gig.
Getty Images

A bad day on the golf course beats a good day at work — unless you punch the clock in one of these 17 gigs, which we consider the best jobs for people who really, really love the game.

The kitchen staff at Cypress Point tend to stick around, and not solely for the pleasure of peeling shallots. Select employees also get monthly playing privileges at one of the most coveted courses in the world.

The views from your perch 2,000 feet above America’s most beautiful courses are unmatched. And you’re blessedly out of shouting distance from the “Mashed Potatoes!” idiots.

STARTER AT THE OLD COURSE

Disregard the curmudgeonly demeanor. Beneath that crusty Scottish exterior is a sunny soul whose heart warms at the sight of happy golfers finally fulfilling their dream of dreams. That no one expects him to admit as much is another bonus of the job.

For starters: free clubs! You also get to be around a golf course every day, mingling with industry insiders, often rubbing shoulders with Tour pros, celebrities and CEOs. And, did we mention: free clubs!

Those old FootJoy ads made fun of a jock sniffer known as “Sign Boy.” But the proper job description is “standard bearer” and there’s nothing disreputable or demeaning about it. Though it’s an unpaid gig, it comes with a priceless perk: a view of the world’s best players from inside the ropes.

Sounds like a spoof. But the job exists. Its onerous requirements involve arranging tee times at ultra-exclusive courses for hedge fund investors and other members of the one-percent. Very often, you get to play but you also have to do some heavy lifting, like thumbing through your thick-stocked Rolodex.

If you’re going to clean shoes and collect dirty towels, you might as well do so for the few dozen men who have earned the right to set foot in your work place by winning one of golf’s most prestigious titles. Not only that, but the locker room was renovated just last year.

Like pretty much everyone in Los Angeles, what you really want to do is direct. But for now you act your days out as a looper, which isn’t bad either, given that you carry for the likes of Jack Nicholson, Les Moonves, Dennis Quaid and Luke Wilson, among other members of the Hollywood elite.

MORNING MAINTENANCE SHIFT AT THE PLANTATION COURSE IN KAPALUA

Sunrise dapples the Pacific. Humpbacks breech amid the waves. You’re up early and hard at it, but a warm trade wind is blowing and the vistas are unbeatable. Not a bad way to start the day.

BEING BILL MURRAY AT THE PEBBLE BEACH CELEBRITY PRO-AM

No pressure to play well. Just show up once a year at a very pretty place and bask in the public adoration that comes with simply being yourself.
GREETER AT BANDON DUNES RESORT

Actually, the title is Director of Outside Happiness, and the cheerful man who holds it is Bob Gaspar, though locals call him “Shoe,” owing to his likeness to the jockey Willie Shoemaker. So what does Shoe do? He hangs around the bag drop and the starter shack, shooting the breeze with resort guests and avid golfers, who, at Bandon Dunes, are one and the same.

CURATOR AT THE WORLD GOLF HALL OF FAME

Hogan, Snead, Nicklaus, Lopez, Sorenstam and on. If you can’t beat ‘em, join ‘em in grand exhibit halls devoted to the greatest to ever walk the fairways. This isn’t a work place. It’s a golf nerd’s fantasy sprung to life.

Divot-repair can be a drag, but there’s not much torn up turf at this all-but-impenetrable club in New South Wales, Australia, which Greg Norman built for the late media tycoon Kerry Packer. Set in a lonely landscape, north of Sydney, it gets about as much play as the moon.

If you think the greens are pure, get a load of the reds and whites. Set in the foothills of Sonoma County, this high-end club has a wine cellar worthy of its surrounds, filled with the finest bottles from local vintners who make up part of its membership. And not just any vintners. We’re talking names like Harlan, Silver Oak, Gallo and other esteemed labels. As wine director here, you often wind up playing for two-dollar skins, but you never wind up drinking two-buck chuck.

Once the country home of Andrew Carnegie, this stone-walled Shangri-La in the Scottish Highlands is now a hush-hush  getaway for privileged globe-trotters. In the evening, when guests gather for elaborate dinners, your job is to lubricate conversation. By day, you may be called upon to round out a foursome on the links course that wraps around the castle grounds. (Seriously, that’s someone’s job.)

The first rule about this club is that you don’t talk about this club. But we’ve heard enough whispers about Whisper Rock to know that tons of Tour pros rank among the members. And where there are Tour pros there have got to be fat tips (and fantastic bar chatter), all the more so at a bar so chill and welcoming it’s known as “The Hang.” Can we get you a re-fill, Mr. Mickelson?

We get to sit around all day and make lists like this one.