Thanks to Tiger Woods, Golf Is Loaded With Young Talent 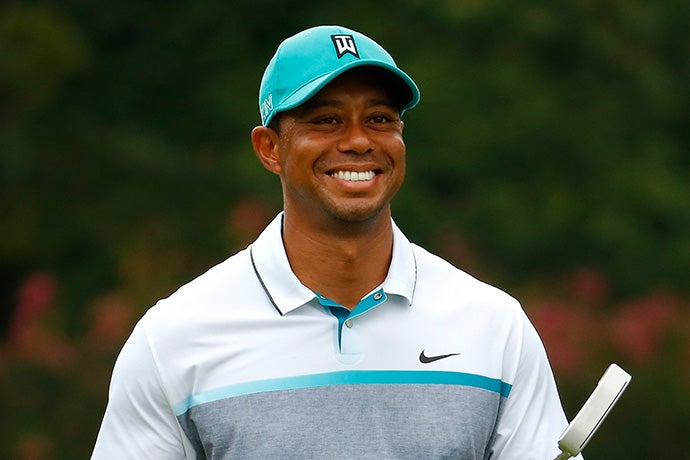 Tim Petrovic was playing a practice round for last week’s RSM Classic at Sea Island, Ga., when he looked down the 1st fairway and saw an unusual obstacle: an elaborate bounce house, swarming with kids. Petrovic, 49, stood on the tee and took a few waggles with his club, as if he’d decided he could probably fly the thing.

“The hole’s closed!” a woman yelled from some 100-plus yards away. A volunteer for the tournament’s Youth Day, she kept yelling until Petrovic paused, gave his club back to his caddie and began to walk toward the green, forgoing the dangerous tee shot.

Chalk up another win for the kids.

Amid the clucking over golf’s uncertain future, the present has never looked quite so bright on the professional tours, thanks to an unprecedented influx of young talent. Indeed, they seem to be going straight from the bounce house to Butler Cabin. Says Ben Crane, practically a super-veteran at age 39, “We’re now seeing the Tiger Woods effect, where a lot of the best athletes in the world are playing golf. We’re the best Tour we’ve ever been.”

Of course Crane means the PGA Tour, but he may as well be referencing the broader brotherhood/sisterhood of professional golfers, as last week’s year-end results testified yet again.

Somewhat salvaging a season that was interrupted by his summertime soccer injury, Rory McIlroy, 26, shot a final-round 66 to win the DP World Tour Championship in Dubai, and with it the European tour money title for the third time in four years.

Lydia Ko, 18, tied for seventh at the CME Group Tour Championship in Naples, Fla., and became the youngest golfer to be honored as LPGA Player of the Year. She also won the money title and a $1 million bonus. Meanwhile Inbee Park, 27, finished a shot ahead of Ko to win the Vare Trophy for lowest scoring average (69.41) and become the youngest player to earn enough points for the LPGA Hall of Fame. (Cristie Kerr, 38, won the tournament.)

Finally, Kevin Kisner, 31, avoided the bounce house and all other obstacles as he shot 64-64 on the weekend to win the RSM Classic. It was a fitting finish for a guy who had lost three playoffs in 2015, two of them to 20-somethings.

All three major tours are now on break for the holidays, so it’s a good time to take stock of where the game is going.

Answer: It keeps on going ever younger, all the time.

“I used to worry about Tiger going away, but I’m not worried about that anymore,” says Will MacKenzie, 41, who missed the cut at Sea Island. “I played with Rory when he shot 61 at Quail Hollow [in May]. He made it look easy, and we were followed by hundreds of people creating, like, tunnels between the greens and the tees. I was like, Man, golf’s in better shape than I thought. I play a lot with [22-year-old Rookie of the Year] Daniel Berger back home — we have the same coach. These young guys are pure as s—, and they’re nice guys.”

Players in their 20s won five of the PGA Tour’s seven tournaments on the “wraparound” schedule this fall — only Kisner and Graeme McDowell, 36, carried the flag for the 30-somethings. That means the 2016 season is already looking a lot like 2015, when Jordan Spieth, 22, and Jason Day, 28, combined for 10 wins, three of them majors, and Rickie Fowler, 26, provided perhaps the most thrilling finish of the year in winning the Players Championship.

“The thing I see that’s different from 10 years ago is how many young guys are playing well on Tour,” says Sean O’Hair, 33, who finished 18th at Sea Island. “I see golf becoming more popular with them, not less. I think social media helps with that, as well.”

The number of tournament golfers, at least, is on the rise. The American Junior Golf Association, the country’s preeminent junior tour, has gone from 5,166 members and 71 tournaments in 2008 to 6,445 members and 117 events in 2015. The game has seldom been more watchable than it was in 2015, but what of the future? Golf’s next wave could be absolutely epic, with yet better Days, more McIlroys, craftier Kos, and even stouter Spieths.

As Crane and many others might put it: Thanks, Tiger.