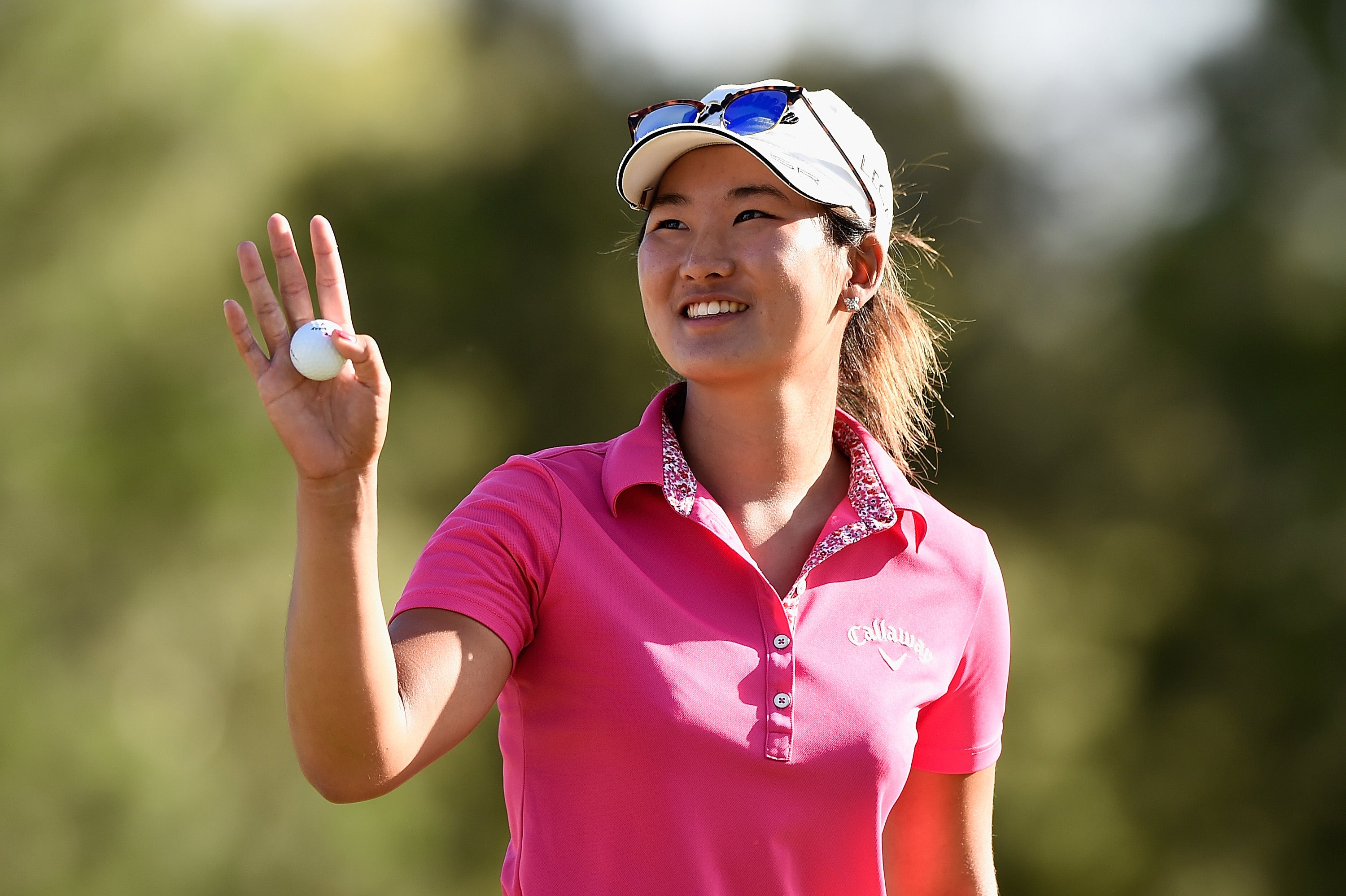 GOLD COAST, Australia — South Korean-born Australian teenager Su Oh shot a 4-under 69 Sunday to win the Australian Ladies Masters by three strokes in only her second start as a professional.

Oh, the co-leader after the first round, finished with a 7-under total of 285 on the Royal Pines resort course, making birdies on her final four holes.

Katherine Kirk of Australia and Florentyna Parker each shot 69s while Parker’s English countrywoman Charley Hull, one of the overnight leaders, had a closing 73. They all finished tied for second.

The 18-year-old Oh finished second at the Victorian Open last week in her professional debut.

The 18-year-old Hull was holding a one-shot lead when she sprayed her tee shot left and into trees on the par-4 sixth, having an air-swing on her second stroke before taking a drop for an unplayable lie. Hull sent her fourth shot to the right of the green, pitched on and then two-putted for a triple-bogey 7.

Oh said she had asked for advice from eight-time Masters winner Karrie Webb and two-time winner Jane Crafter ahead of Sunday’s final round.

She received some cliched answers.

”I spoke to Jane this morning who won it the year I was born (1996),” Oh said. ”What she said really helped me on the golf course. She just said `take one shot at a time’. Karrie said `just don’t think, do it. Just let it go, keep doing what you’re doing’.”

The win gives Oh a two-year exemption on the Ladies European Tour.

Most of the golfers will head to Royal Melbourne next week for the Women’s Australian Open, a co-sanctioned event with the LPGA Tour.