A mic drop for the ages: Suzann Pettersen retires on top of the golf world 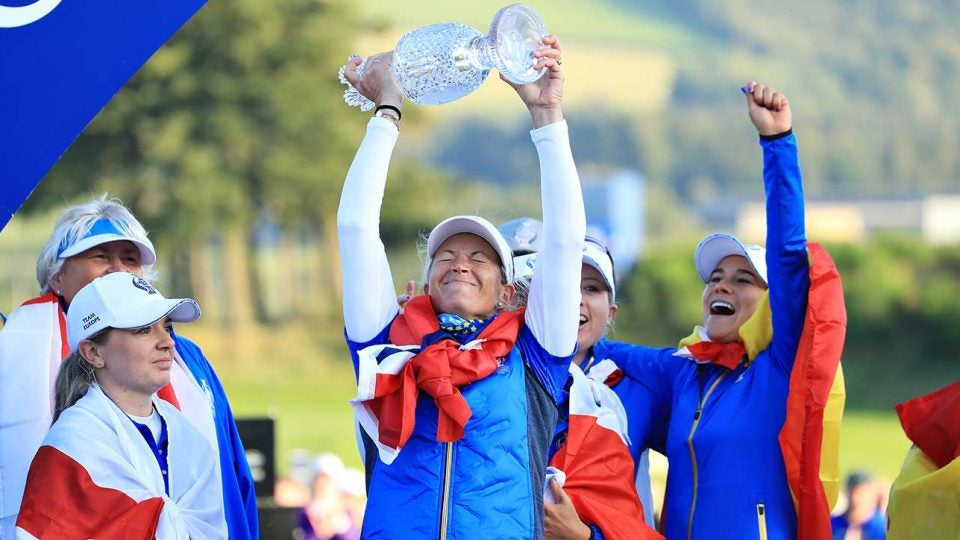 Suzann Pettersen could hardly catch her breath minutes after she made the biggest Solheim Cup putt in years. Yet her thoughts were far from cluttered.

Pettersen was an unconventional captain’s pick for the 2019 European Solheim Cup team. At 38, she’s played in just three stroke-play events in the last two years, mostly due to her new role as a mom.

“Yeah, I think this is a perfect closure — the end for my, at least, Solheim career, and also a nice ‘The end’ for my professional career,” Pettersen said in the media center, about an hour after her birdie putt clinched Europe’s epic comeback. “It doesn’t get any better. And to do it with these girls, I never thought I was going to be here four months ago until I met [captain Catriona Matthew] this summer. And to have the confidence from [her] to give me the go, yeah, this is it. I’m completely done.”

Pettersen was 1-1-0 after two days of the Solheim Cup and was in the 10th of 12 matches on Sunday against American Marina Alex. Pettersen’s 2-up lead was erased when Alex won the 13th and 14th, but Pettersen’s wedge and clutch birdie on 18 gave her a 1-up win and ultimately decided the Cup.

“She’s been one of the trailblazers in European women’s golf,” Matthew said. “I think we’ve played on maybe seven, eight Solheim Cups together. So, just been a huge part of women’s golf and the Solheim Cup. It’s such a special moment for her. If this happens to be her last moment in professional golf, well, may as well go out at the top.”

Pettersen was peppered with follow-up questions in the press room, yet she didn’t waver about her future.