The uncertainty of Sungjae Im: Why this layoff means more for Korea’s top Tour star 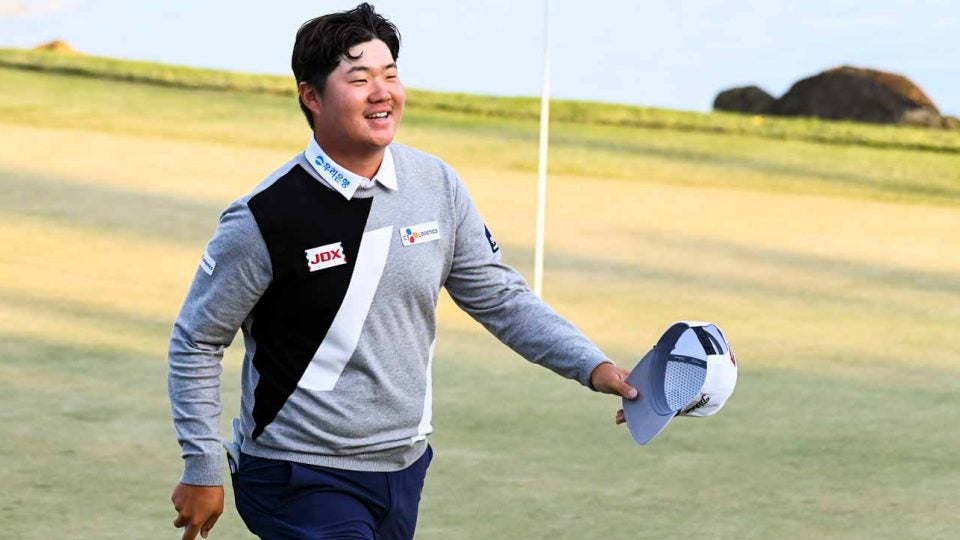 Sungjae Im is hoping for a medal at the Olympic Games.
Getty Images

As professional sports leagues around the world announced postponements and cancelations in recent days, Sungjae Im was posted up at a family friend’s house in Florida, undoubtedly focused on two organizations in particular: the PGA Tour and the International Olympic Committee. The former because Im was running hot, having started the Florida Swing with a win and a solo 3rd. The latter because Im has had the Olympics circled on the calendar for a long time — and they have the potential to change the course of his life.

The sudden pause to the Tour season has been weird for every pro conditioned to life on the road. But it was particularly jarring for Im. For one thing, the reigning Rookie of the Year plays every week. Like, every week. After leading the Tour in starts last season (he played 35 events; no other player in the FedEx Cup’s top 70 played more than 29) Im has played 14 of 16 tournaments to start the year. Justin Thomas, who’s second in this year’s FedEx Cup ranks, has eight starts. Rory McIlroy, who’s third in the FedEx, has six. What that means is that Im literally does not have a place of residence — he has no home and just travels from hotel to hotel. When the call came for all players to retreat home, his decision was more complex than most.

The pause also comes at a particularly pivotal time in Im’s career. After caddie Brian Vranesh left Im’s bag for Kevin Chappell’s post-2019 Tour Championship, Steve “Pepsi” Hale took up the job for the first half of the 2019-20 season — until the pair missed their first cut together at the Genesis Open. That was enough for Im to make a change.

“Before, I had an American caddie and I think the language barrier alone was a little bit tough for me, especially during critical circumstances,” he told GOLF.com at the Players Championship. “We had no issues with basics, like yardage or wind. But it’s when you’re reading the greens, talking about small breaks, or when the rules officials come and they’re trying to explain a ruling, I had a little bit of difficulty there.”

Im’s new vision was a bilingual caddie. “I wanted to get a caddie who could speak both Korean and English,” he said. Ki Taek Lee, who was born in South Korea, grew up in Vancouver and played four years at Arizona State, took the bag for a week. Im finished T29 at WGC-Mexico, a middling result given his sky-high expectations. Still, he felt it was a step in the right direction.

The only problem? Jon Rahm was having his Arizona wedding the following week, and he had invited some of his Sun Devil teammates — including Lee.

Enter Albin Choi, another Korean-Canadian with a strong playing background. Choi and Im had become friendly during his five seasons on the Korn Ferry Tour, and he’d been spending the offseason caddying at Old Palm, not far from that week’s Honda Classic. You know the rest: Im went on to win. Choi’s career caddie record — 1 for 1 — is tough to beat.

Still, Lee returned to the bag for the following week’s Arnold Palmer Invitational. That went well, too: Im contended on Sunday and finished 3rd. Three tournaments in, the change to bilingual caddies seemed like a revelation.

“Not necessarily hitting it any differently,” Im said. “But I do feel a lot more comfortable, and I think that’s a big difference.” In golf, feeling comfortable and playing well are inextricably linked. “I just think the comfort level of being able to talk to my caddie, it’s been great.”

Lee was on the bag again for the Players Championship; Im started strong with a 3-under 69. Then came the shutdown. A week later, the Tour announced its events were all to be postponed through the end of May.

Still, there was the hope of the Olympics. Im had all but locked in his place for the 2020 Games; the 21-year-old had jumped to No. 23 in the world, by far the top-ranked Korean (ahead of No. 50 Ben An and No. 52 Sung Kang). While there’s no purse associated with the Olympics, the stakes for Korean players are particularly high: a top-three finish would exempt Im — or his countrymen — from two years of compulsory military service.

Under Korean law, men are required to submit to a physical exam at age 19 determining fitness for military service. Men are required to enlist by age 28. But athletic exemptions were introduced in 1973 and have continued, mostly limited to Olympic medalists and Asian Games gold medalists. Between 2008 and 2018, the South Korean government granted 220 exemptions, notably 18 from the bronze medal-winning soccer team at the 2012 Games.

Golf’s fickle nature means there are no guarantees for a player forced to take two years away. Sangmoon Bae was the 2nd-ranked Korean (and No. 88 in the world) when he was forced to enlist in 2016. When came back two years later, he insisted that his swing was better than ever. “But I’ve kind of lost my feel how to play golf,” he said. “Not how to swing — I forgot how to play golf.” He’s now World No. 554 and failed to record a top-25 on Tour last season.

In addition to his top form, one thing Im has going for him is his age: At just 21, this won’t be his only chance at the Olympics. “This one feels important for me, like an incredible opportunity for me to get an Olympic medal,” he said. “I still have at least one more chance, four years from now, and then probably before 30 I would have to make a decision.”

But then the announcement came down earlier this week: the 2020 Games have been postponed to 2021. The good news for Im is he’s likely to get the chance to play for a medal. The bad news is he’ll have to keep the momentum going another year and a half.

For now, Im will be practicing. And as of yet, still no plans to buy a house.