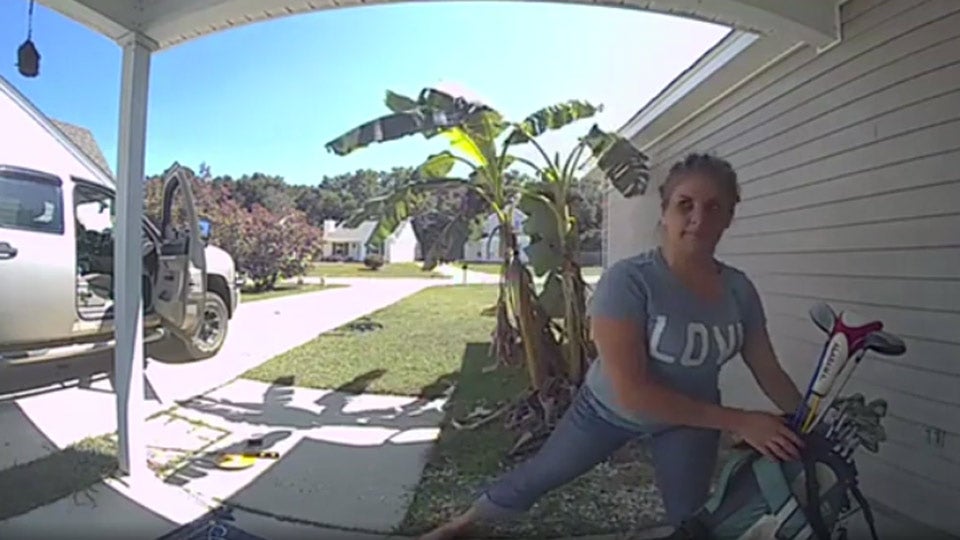 The power of social media was used for good yesterday, when Mississippi worship leader, Kieren Rouse, posted a video of his clubs being stolen on Facebook, hoping it would be shared and that the perpetrator would be brought to justice (and perhaps more importantly—that his clubs would be recovered).

According to the Sun Herald, a South Mississippi newspaper, Rouse’s home security video footage shows a woman approaching Rouse’s door to knock before taking the clubs and speeding off in a truck with a male accomplice.

When Rouse found the footage, he shared it on his Facebook page on Tuesday night. “Need some help making somebody Facebook famous,” Rouse wrote.

The response was swift. By Wednesday evening, the video had been shared nearly 8,000 times and had acquired over 400,000 views. It attracted the attention nearby law enforcement agencies, and the Biloxi police located Rouse’s clubs in a pawn shop.

The perpetrators were arrested after someone recognized the couple and their truck at a Wal-Mart.

While Rouse is no doubt thrilled to have his clubs back in his possession, he told the Sun Herald that he just wanted to prevent the couple from stealing from anyone else. Check out the now-viral video below.