Steph Curry wins bet with father Dell, forces him to jump in Lake Tahoe after round 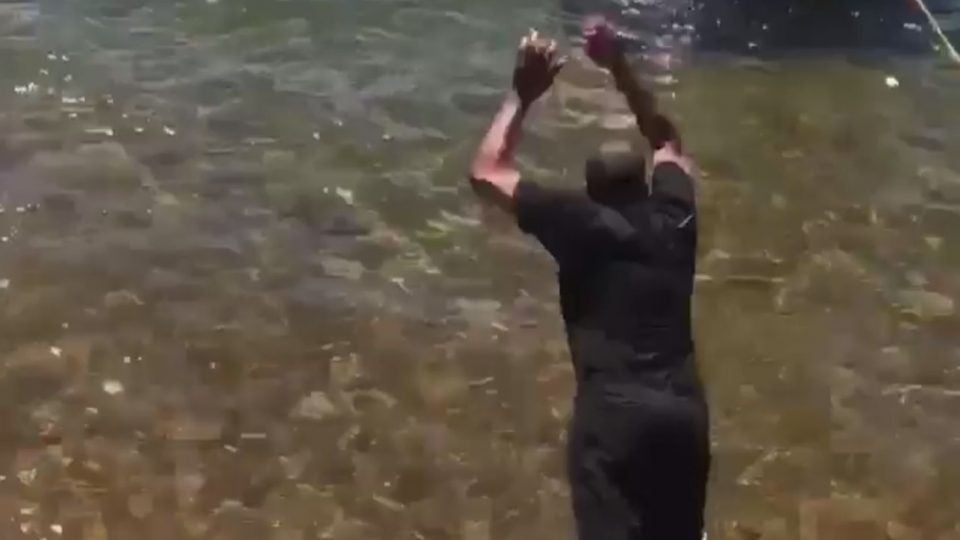 He is a splash brother after all.

Steph Curry and his father Dell Curry, who were both playing in the American Century Championship in Tahoe last weekend, settled up on a bet in splashiest fashion, with the elder man jumping into the lake after the event.

It’s not clear exactly what the stipulations of the bet were, but Curry’s rousing 68 on Sunday (the low round of the event) might have something to do with it. It vaulted him into fourth place for the weekend while his father finished 43rd. Check out the fun video below.

Steph and Dell had a father-son bet.
The loser had to jump into Lake Tahoe.
Enjoy… pic.twitter.com/Es84VjryKg

The main factor that separated Tiger Woods from the field, according to Ernie Els
Go to mobile version