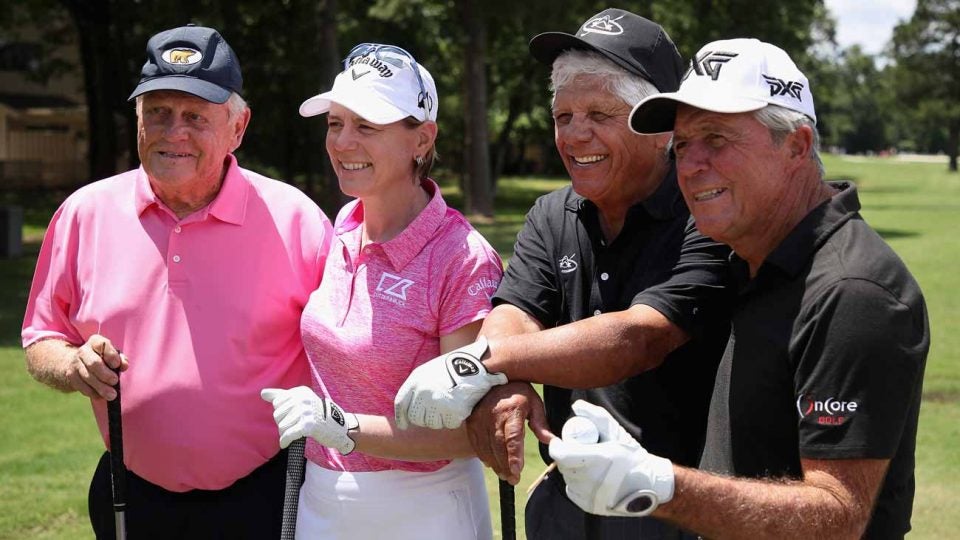 President Trump is creating quite the Presidential Medal of Freedom playing group.

Gary Player and Annika Sorenstam will receive on March 23 the highest honor a president can give a civilian, the White House announced, following Tiger Woods as golfers who have been awarded the medal by the president.

Sorenstam told Golf Channel on Saturday morning that she learned of the honor after playing a round with Trump, Player and Sen. Lindsey Graham last September at Trump National Golf Club in Sterling, Va.

“This is America’s highest civilian honor and certainly the most distinguished honor I’ve ever received,” Sorenstam wrote on the LPGA’s website. “My response came in a wave of emotions – goosebumps, for sure. Then gratitude, pride and humility.

“I am enormously grateful to the president for this honor and all it represents to me, to my family, to the LPGA and the ANNIKA Foundation. I am proud to be the first LPGA player and female athlete who is a naturalized American citizen to be recognized in this way. It is an overwhelming feeling. I am grateful, I am humbled, I am moved, and I am blessed.”

Sorenstam’s and Player’s achievements are extensive.

Sorenstam, a native of Sweden, won 72 times on the LPGA Tour, third all-time on the tour; won 10 major championships, fourth all-time; and was an eight-time LPGA player of the year. She is the only LPGA golfer to shoot a 59, doing so on March 16, 2001 at the Standard Register PING in Phoenix.

Player, a native of South Africa, won 165 times worldwide, including 24 PGA Tour wins; and won nine major championships, tied for fourth all-time; and is one five players to finish the career grand slam. He has also helped design 131 courses worldwide.

Sorenstam’s and Player’s medals could come with a bit of banter, thanks to last September’s outing, where Sorenstam and Graham played against Player and Trump.

“They beat the hell out of us,” Player told the AP after the round, with a big smile.

“We defrocked the Black Knight and the president,” Graham added.