In these strange times, the sweet solace in a lonesome putting green 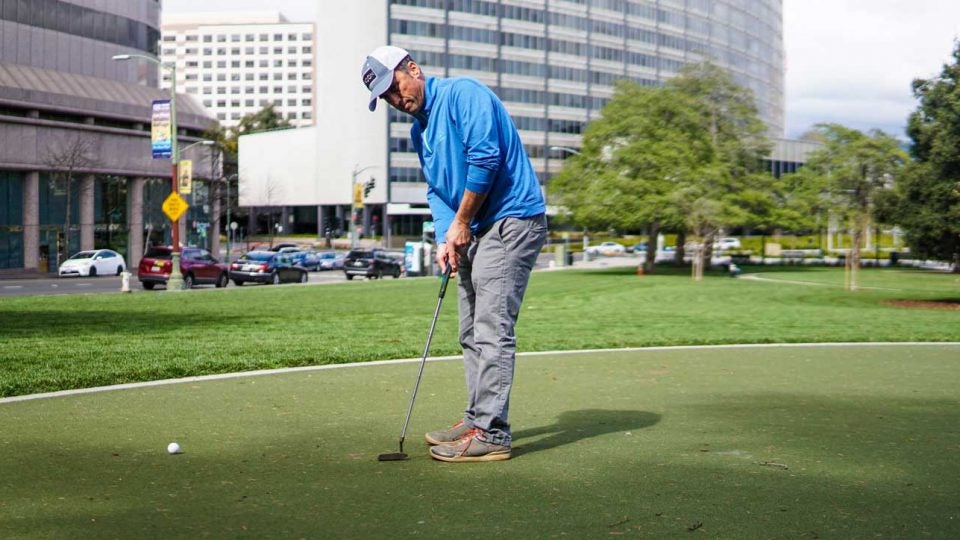 The author practices his putting at Snow Park in Oakland, Calif.
Josh Sens

The shelter-in-place order came on Monday, a Bay Area mandate to stay at home except for the “most essential” outings.

We had beans in the cupboard, gas in the car and extra toilet paper under the bathroom sink. By week’s end, only one necessity remained unmet.

Deprived of golf in every other form, I had to slip out to Snow Park.

Over the years, this swatch of greenery in downtown Oakland has been many things to many people. A cemetery in the late-1800s, the grounds gave rise to a turn-of-the-century mansion, which morphed into a museum, which the city leveled in the 1960s to make room for a park, where someone had the foresight to build a putting green. 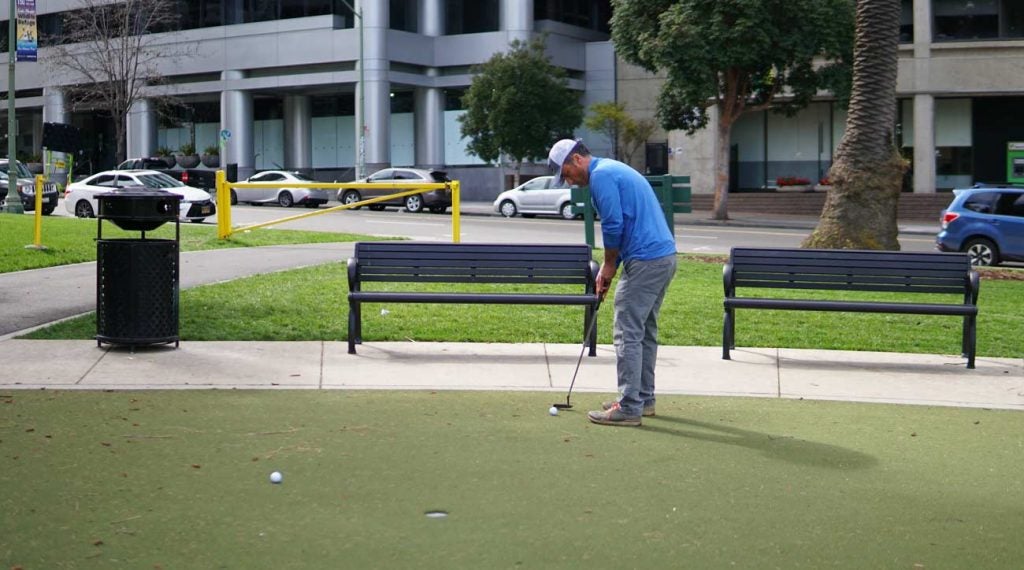 A tree grows in Brooklyn.

A putting green pops up in Oakland.

Thirty years ago, when I first moved to this city, Snow Park was a grassy refuge and a scene of charming contrasts: golfers studying six-footers in the hectic heart of an urban hub.

And then, no more.

By the early aughts, gradually, then suddenly, the putting green was gone, done in by geese and old-fashioned neglect.

Not that many noticed.

At least, I barely did.

Life raced on, and I did, too, with blinders on.

This is not something I take pride in, my great capacity for taking things for granted.

Only when the quarantine came down did the depth of my complacency hit full force, along with the realization that not everybody shared it.

Instruction
The Ettiquetteist: Why you shouldn’t feel guilty about playing golf in these trying times

Unbeknownst to me, people had been working to spruce up Snow Park. Funded by a bond measure to improve local parks, renovations had been going on for months.

At a quiet ribbon-cutting this past summer, a remade park reopened, with new walkways and bike trails, a children’s playground, and a putting surface of artificial turf where the original grass green had been.

I wish I could say that I’d stopped by then.

The thought didn’t strike me until this week, as the world turned wild and golf went by the wayside: courses closed, driving ranges dark, indoor simulators shuttered.

Don’t it always seem to go, that you don’t know what you’ve got …

News
How is the coronavirus pandemic affecting recreational golf?

In my small golf circle, word got around of the one place in our midst where you could still take aim at a target in the ground, without breaching safety protocols or breaking the law.

Putter in hand, three golf balls in my pocket, I made the short walk — a permissible excursion under the current guidelines— from my house to Snow Park, roughly the distance of a nine-hole loop. Along the way, I passed two parents pushing strollers, and a dog-walker tethered to a pack of hounds. Otherwise, though, the city slumbered. Downtown was a ghost town, and the putting green was empty, an unused patch of turf ringed by vacant office towers. 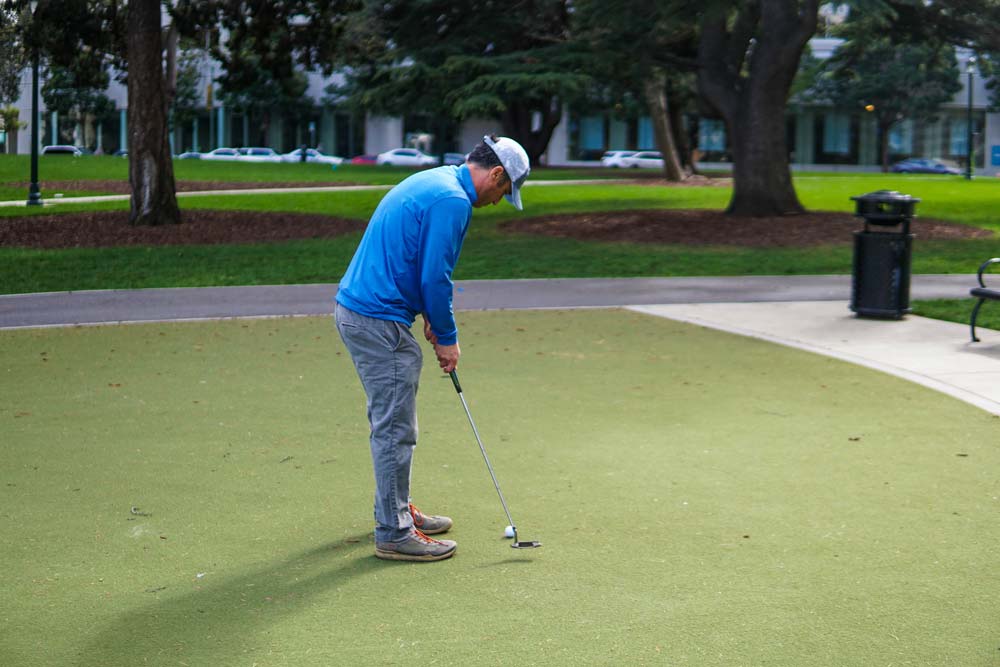 It was late afternoon when I started rolling putts. In the surrounding silence, the click of contact sounded sweeter than ever. There was music in the rattle of the ball finding the cup. It was maybe not quite golf, but it was close enough. The turf was fake, but the experience was real.

Dusk had fallen by the time I headed home, no better at putting than I’d been before, but maybe, I thought, with a better perspective.

I promised myself that I’d keep going back to Snow Park after the current crisis passes.

And pass it will.