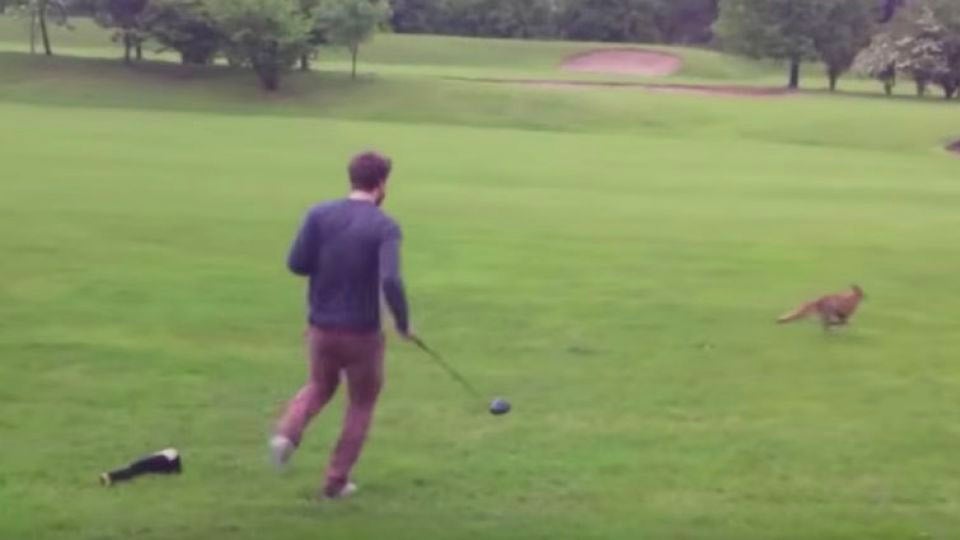 What does the fox say? In this case, he seems to be saying, “I want to disrupt your golf game.”

In the video below, a determined fox tries to steal one unlucky golfer’s head cover. It’s not entirely clear what attracts this fox to the head cover, but there must be something exciting about it.

The fox returns three times to grab and escape with it, while the hapless man it belongs to runs after him until he drops it. On the last try, the fox actually chases him–until he falls on his face, that is.

Maybe the fox wanted to play fetch? Maybe he was hoping to participate in the round? Or perhaps the tiny fox was just engaging in some sly, sneaky fox-behavior for the sheer joy of watching a human sprint in circles? Let the Dora the Explorer jokes begin.