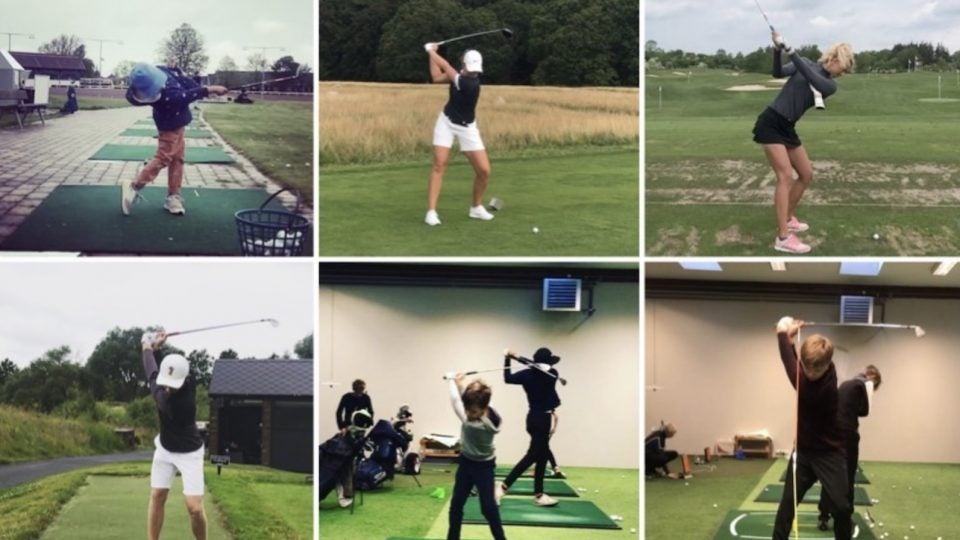 Denmark probably doesn’t spring to mind when you are thinking about golfing powerhouses. The small Scandanavian country on the Jutland Peninsula doesn’t have either the population or weather to compete on the world stage of golf. With freezing average temperatures and minimal daylight hours in winter how could golf become a major force?

But things are changing.

Andreas Kali is a man of few words but profound influence in his home country. He is the Head coach of the Danish Junior Golf Academy and is creating what I call a golf swing factory. All you need to do is visit Andreas’ Instagram account (@andreaskaligolf) to know what I mean. He uploads swing after swing of young superstars. He rarely, if ever gets in front of the camera to talk about philosophies, he just lets his student’s actions do the talking and it’s truly a sight to behold.

Like all great coaches his teaching began with his own game. He had promise as a player, plying his trade at The University of Northern Texas he was a very successful College golfer and went on to win multiple professional events in Europe. He was so good that he even had set himself the goal of representing Europe in the 2012 Ryder Cup. But, as often can be the case he sought technical improvements to take his game to the next level, he changed his action and saw his game gradually deteriorate year after year.

His Ryder Cup dream suddenly looked a long way away.

It was time to change directions. Rather than walk away from the game he looked back at all that he had been taught along the way and asked a simple question: Why? Why had he been taught what he had been taught? Where had all of the theories come from? He had a healthy skepticism of all of the traditional rules, models and concepts and his curious mind sent him traveling the world, looking for answers. In fact, that was exactly what he was doing when I spoke to him recently. He was on a four week tour of the USA visiting upwards of 20 different coaches across five states. He has an insatiable hunger for knowledge, storing it up so that he can call on it and deliver it in a typically efficient Scandinavian fashion for his students to digest.

There is no doubt that Andreas’ teaching has been largely influenced by Andy Plummer’s Stack and Tilt philosophy. This concept revolves largely around minimal to no lateral movement on the backswing and rotating around a central point.  Watching student after student swing in such a beautifully uniform fashion is hypnotic. They all have differences in the actions but there is no denying how similar they are. I would argue that there is no other academy on earth whose students swing it with such synchronicity.

It is clear that Andreas’ teaches a “method” — a word that for years has be reviled by the golfing world. But Andreas doesn’t shirk from the categorization. In fact, he embraces it.

“When I go to the doctor I want them to have a method, some rules, some structure to their diagnosis,” Andreas told me. “Why should coaching be any different?”

Andreas says that every coach has a method of the way they teach whether they say they do or not. Some are just more clear than others. In the similarities of Andreas’ students, you can see that his is very clear. I would argue that there is no other academy on earth whose students swing it with such synchronicity.

When I asked Andreas how he trains his students with such precision he believes that the freezing cold Danish winters play a huge part. Andreas and his students are forced indoors for almost eight months of the year. With no course to play, they hit balls in an amazing indoor facility that uses simulators, Trackman and Swing Catalyst to hone the actions of his students.

But what this time provides is an environment where students can work exclusively on their swing. They stand in front of mirrors, use video and train their bodies to work in the desired way. They don’t have to worry about scoring; they can work strictly on their movement in an incredibly controlled environment. Only when the spring comes can they move outside, compete and never have to worry about swing work. They have done months and months of it prior. In a usual training environment you might be trying to blend the two together at the same time. Changing your swing whilst also trying to compete and score is a very difficult proposition.

It’s all a little different, but that’s the way Andreas thinks. Constantly questioning, constantly asking why. And in the process, on a cold driving range in Denmark, he seems to have discovered upon something special.

To learn more about Skillest and to book a lesson of your own with Andreas, head over to Skillest.com or download the app in the App Store.