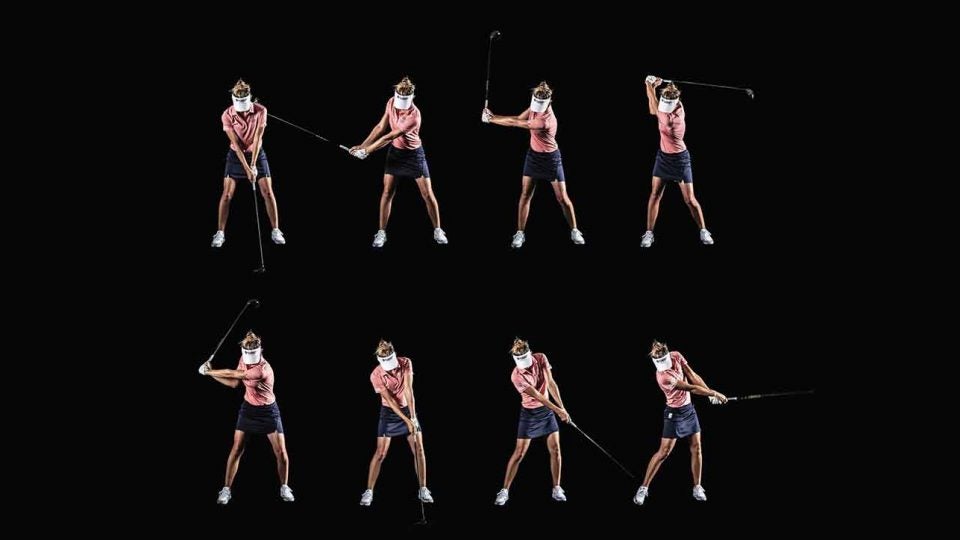 Anne van Dam: The best swing in golf is ready to win on the LPGA Tour

Where has one of the most beautiful swings in golf been hiding?

Overseas is your answer. In the Netherlands, to be exact, taking root some 14 years ago, when nine-year-old Anne van Dam would take her favorite club—driver—and swing it as fast as she could. Not once, but over and over again.

She made it a game, as kids are prone to do: 1) pick a target, 2) build up enough speed to get it there, 3) pick another target further down the range, 4) repeat step 2. It started at 150 yards. Then 220 yards. Then, less defined distances: beyond the final marker; halfway up the net at the back of the range; out of the ballpark.

With every swing her muscles grew stronger, her technique more efficient.

The game worked. Today, the 5’ 11” van Dam leads the LPGA in driving distance in her rookie campaign with a 285-yard-plus average (the Tour median is 259 yards). Her on-course swing speed hovers around 109 mph and creeps north of 112 mph when she goes after it. 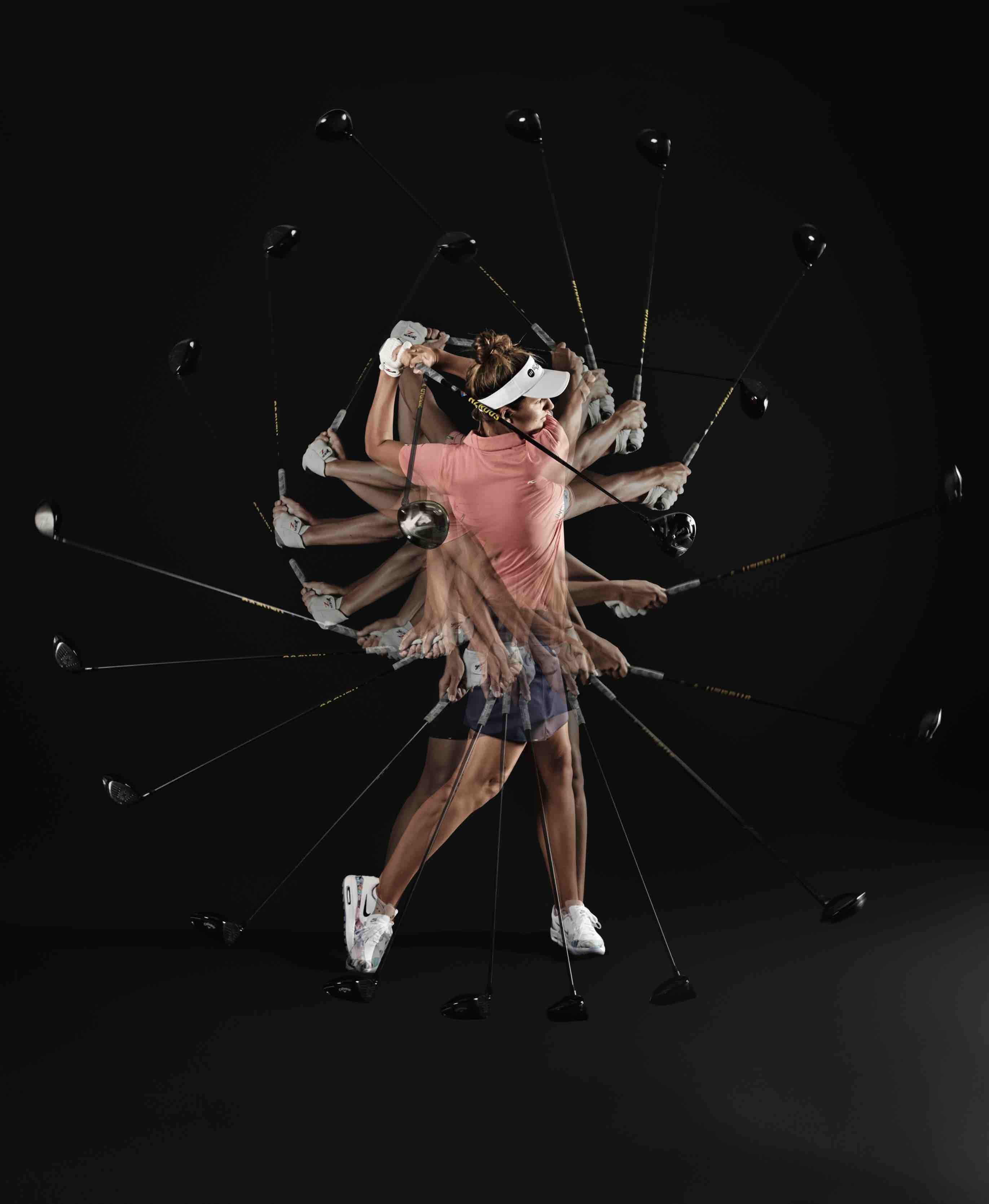 She arrived in America to play the LPGA Tour full-time earlier this year (at the Kia Classic in late March), fresh off a two-win season on the Ladies European Tour, where she finished second in the LET Order of Merit. While she has racked up as many missed cuts as made in her first 10 LPGA events, she currently leads the Solheim Cup rankings for Team Europe (after notching a 2019 season win on the LET back in January) and has seen her swing go viral on social media. We mean viral. In nearly the blink of an eye, van Dam has established herself as one of the brightest young talents in the game.

“Winning back-to-back on the LET, then coming to America—the past few months have been crazy,” she says. “It’s gone really fast, but I like it.”

You see, Anne van Dam is used to moving quickly.

Her mother and father are both pilots. That’s how they met. Her older sister flies professionally, too. It was Anne who broke ranks and opted for a career playing golf, but her innate—genetic, really—desire for speed remains. Catch her on the course, if you can. She’s a blur. She swings fast and walks briskly between shots and between holes. When she’s not competing, she’s hunting for her next adrenaline-fueled rush. Her Instagram account is a dizzying array of activity. As you’d expect of any twentysomething, she’s at the beach, in the gym, on the go. She’s also flying in planes, riding four-wheelers, on tractors, motorcycles and mountain bikes. In a Formula 1 car.

“Anything with speed is something I find really fun,” she says.

But speed is only half the story.

Traditionally, the fastest swings tend to have a certain homegrown
quality about them. Think John Daly, Bubba Watson and Matt Wolff. This is where Anne van Dam has truly made the golf world stand up and take notice. Her technique is about as conventional as it gets, the product of years of training under the watchful eye of a series of coaches who adamantly stressed the importance of good fundamentals. Young Anne was free to swing for the fences as long as she abided by the rules of grip, posture, stance and alignment. 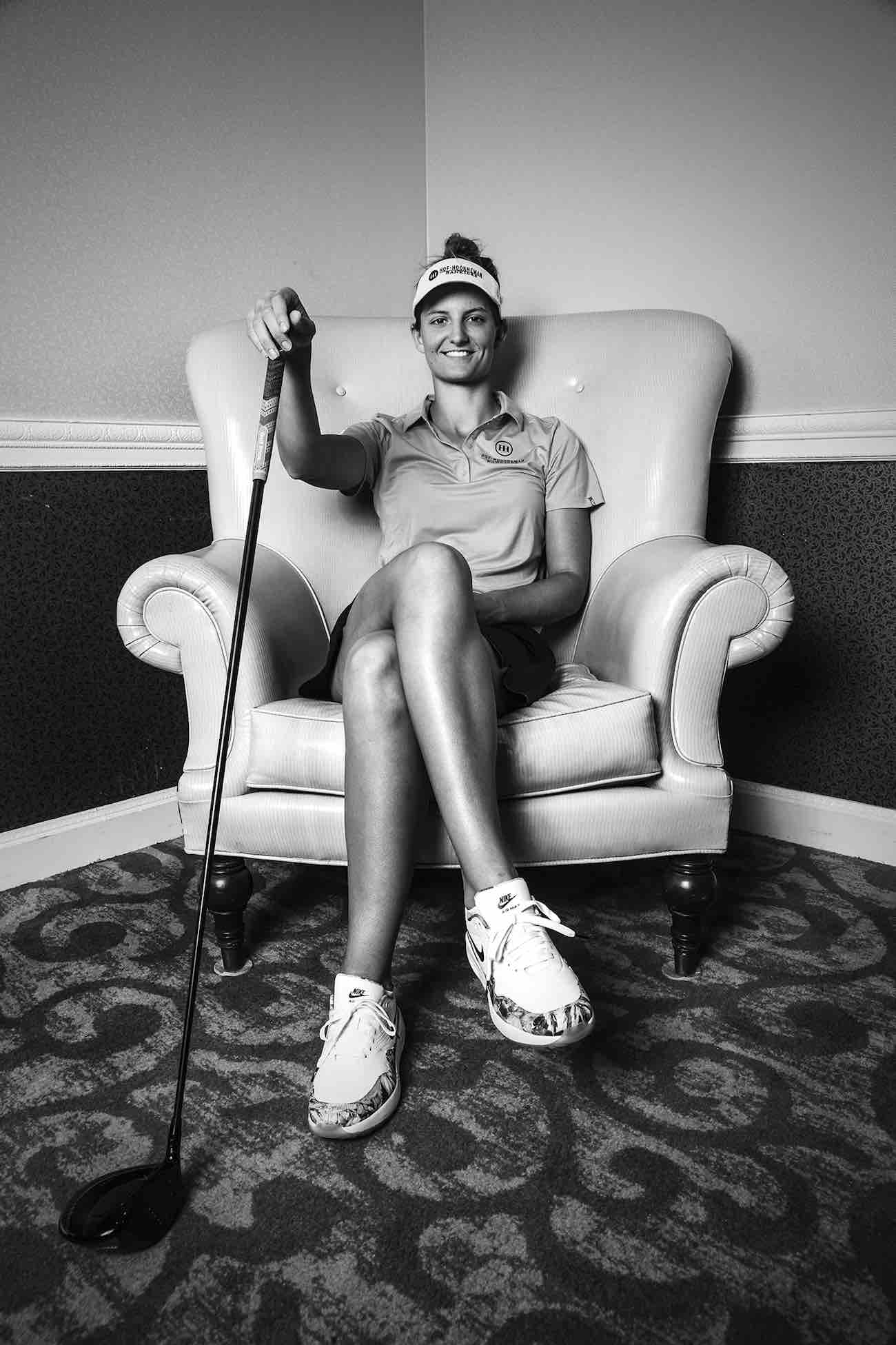 In time, her swing fused into a rare blend of raw power and supreme technique—and the payoff came quick.

She made the Dutch National Team when she was just 9 years old. She won national championships in the Netherlands in four different age groups (under 9, under 12, under 18 and under 21) and played in the 2013 Jr. Solheim Cup team. She turned pro in 2015 and collected her first LET victory later that year. She missed representing the Netherlands at the 2016 Olympics on a technicality.

“That was really, really disappointing,” she says. “But it also made me more determined than ever to make it next time.”

During the latter part of 2018, van Dam became a viral sensation in the golf world when a simple video of her swing on Instagram garnered more than a million views. It was, in the googly eyes of many, the “perfect” swing and her first introduction to U.S. golf fans.

“It’s really funny, I was very surprised,” she says. “I was visiting my coach in Denmark, we were working on a few things, and suddenly the video just blew up. People were messaging me saying I had the perfect swing…I was not expecting that kind of reaction.”

Anne still picks targets and tries to blow the ball past them as she did as a kid, but she spends the majority of her practice time shaping shots. Draws, fades, high, low. According to van Dam, it’s the shot-shaping that keeps her swing in balance.

Despite the onslaught of “likes” and positive social commentary, Anne knows that her swing isn’t perfect. She admits to an overactive right hand, which tends to take over in her backswing, closing the clubface and, ultimately, creating a hook. It’s why you’ll see her take the club back slightly outside her hands on her takeaway, to minimize that unwanted clubface manipulation.

“I’m very technical,” she says. “We study how much rotation my forearm has on my backswing compared to the rest of my arm. It’s a lot. Sometimes too much. When I’m playing my best, I’m not really thinking about my swing at all. But you can’t always do that. Sometimes you need the data to work on things to improve.”
Technicalities aside, van Dam does have an ear for old-school adages. The best swing advice anyone has lent her? “That’s easy,” she says. “When it’s breezy, swing easy.”

Ultimately, van Dam’s goal is to conquer America. To win—Tour events, majors, the Solheim Cup. Also, an Olympic gold medal for the Netherlands, a feat she says would rival winning a major. These are aggressive ambitions for a rookie, but she’s an aggressive player by nature (she led the LET in total birdies last year). Knowing when to use her power to her advantage and understanding when it can create trouble has been something she’s been working on throughout her first year playing in the U.S. (she misses her fair share of fairways, as you can imagine). Her long-time boyfriend, Roelof Koopmans, doubles as her caddie. Together they’ve been learning how to adapt her game to its new, tighter setting.

Figuring out that problem is the key to van Dam unlocking her undoubtedly sky-high potential. When it happens, it’ll be fun to watch. We’ll have a front-row seat to a kid’s dreams coming true—and to one of the most athletic, powerful and technically proficient swings ever to grace the game.