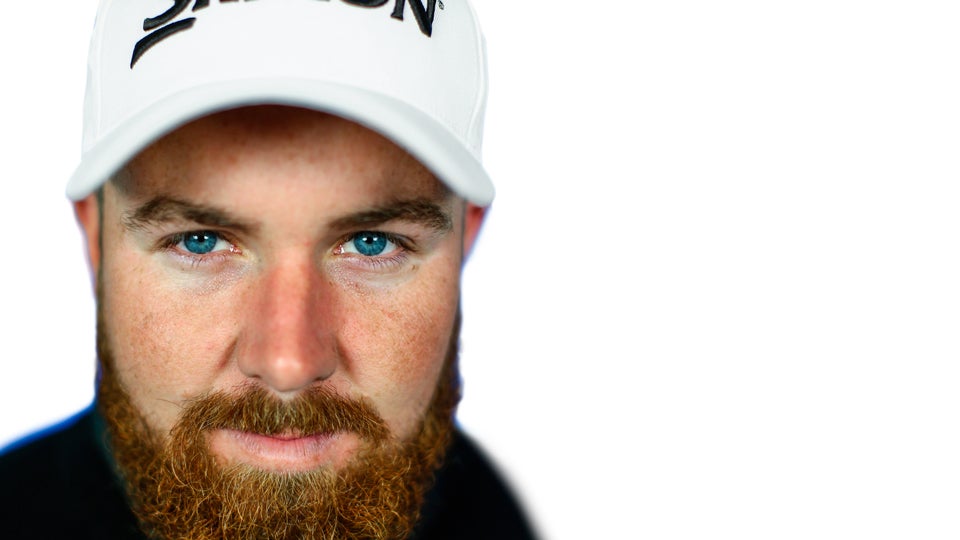 Shane Lowry contended at the 2016 U.S. Open, and learned a few things along the way.
Getty Images // Richard Heathcote

When you look back at the U.S. Open at Oakmont, is it bittersweet? You held the 54-hole lead and tied for second. But that Sunday, 76 had to gnaw at you, right?

Yeah, the few days after the U.S. Open were quite tough. I had to keep myself busy, because anytime I was on my own I was thinking, “What if had done this or if this would have happened?” I was driving myself mad.

Did you see any positives during these moments alone, or was it all negatives?

It was all negatives at the time. I’m not going to lie — I went into the locker room afterward, and my coach, Neil [Manchip], was there packing up my bags, and we gave each other a hug. I was in tears. I think he was, as well. Golf is a strange game, because after finishing second in one of the biggest tournaments in the world, you have such disappointment. It’s weird. But there are so many positives to take from the U.S. Open. I think that, going forward, I’ll be able to look back on it as a week that stood out, that helped me. When I put myself in that position next time, I’ll be okay.

Let’s talk about growing up in Ireland. Your dad, Brendan, was a great Gaelic footballer. Did you ever think about doing that instead of golf — or any other athletics?

Your career really took off in 2009. At 22, you won the Irish Open, becoming the third amateur to win on the European Tour. What do you recall about that week?

This year at the Irish Open there was a weather delay, and they showed the replay on TV. That was the first time I’ve watched it in a few years. I still don’t know how I did it, to be honest — you know, to win like that as an amateur.

Afterward, you turned pro and gave up a spot in the Walker Cup. Do you ever regret that?

ONE THING I KNOW FOR SURE: NO MATTER WHERE IN IRELAND YOU COME FROM , ON TOUR, YOU’RE IRISH.

I like it when a young Irish kid comes out on Tour — I was that kid! Paul Dunne [from County Wicklow, just south of Dublin] played a few Tour events. We played practice rounds, had some dinners. I’m from a different part [County Offaly in central Ireland]. But once you leave, it doesn’t matter where in Ireland you’re from. You’re Irish!

What’s your take on the Irish influence on the PGA Tour? Your young countryman Paul Dunne considers you a role model.

It’s nice to hear that from someone like him. Paul is a very good player in his own right. I look up to G-Mac [Graeme McDowell] and Padraig [Harrington] a lot. I’m very friendly with those two guys. Séamus Power is doing well on the Web.com and will probably get his card for next year. So that’s looking like it’s going to be another Irishman on Tour.

You write often for an Irish newspaper. What do you enjoy about it?

I’ve been doing it for three years now. The Irish Times is our best paper back home. It helps me. It’s nice for my sponsors to get a mention every now and then in there, and it kind of helps everyone. And it gives people an insight into what I do — you know, life on the road.

You’ve been vocal about slow play. What can be done about it?

It’s horrendous. I recently played nine holes in three hours for a practice round. The European and PGA tours are going to have to start penalizing shots. Guys on the PGA Tour make so much money that they don’t care about a couple of grand fine, and golfers can be quite selfish and think about themselves and no one else in their group. Stroke penalties are the only thing you can do to make a difference.

You made the cut at this year’s Masters and got married the following week, in New York City. What a whirlwind.

It was cool. My wife, Wendy, and I decided around last Christmas that we were going to do this. We just needed to book a hotel, book flights, do the paperwork. We left the Masters on Sunday evening, flew up, got to the hotel at about 11 p.m. We were up the next morning, going down to City Hall to register — and we’re gettin’ married! We love New York. It’s such a good place — our favorite place in the world. When it comes to marriage, in the few months of experience I have, it’s true what every man tells you: A happy wife is a happy life.