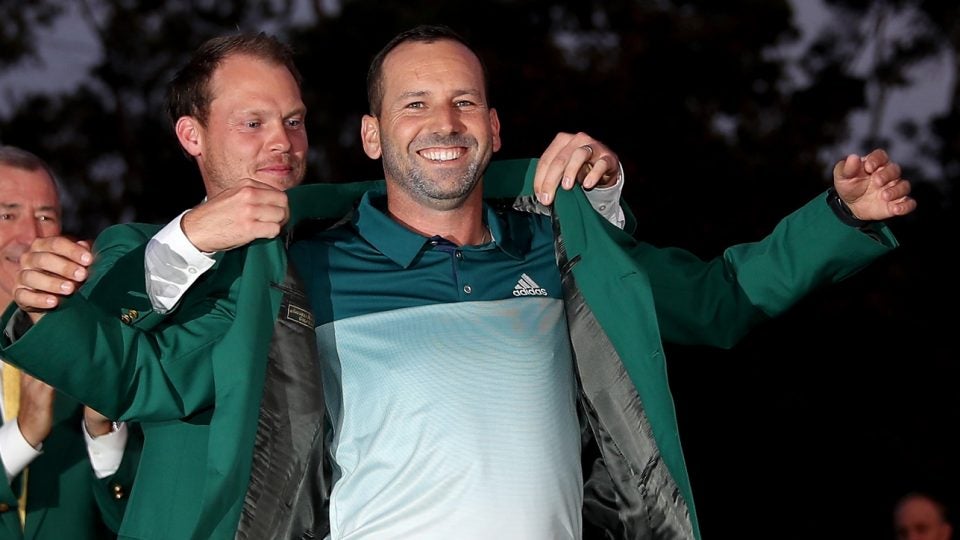 Sergio Garcia's next appearance with the green jacket will come as a fan of Real Madrid.
Getty Images // David Cannon

Just 14 days after claiming his first major and green jacket at the Masters, Sergio Garcia will be honored in a way most golfers never could be. Garcia will take the ceremonial kick-off Sunday, while wearing his new green jacket, at the La Liga Clasico match between Spanish soccer franchises Real Madrid and Barcelona.

It’s an honor that Garcia was once promised by club president Florentino Perez, if only Garcia could win a major championship. As a lifelong Madrid fan, according to a report from ESPN’s Dermot Corrigan, Garcia is now an honorary life member of the club.

So proud and thrilled to do the honorary kickoff for #elclasico this Sunday, and of course I’ll be wearing my #greenjacket! Can’t wait!

The kick-off might be the toughest part of the deal, though. Garcia admitted to ESPN that he’s a bit nervous.

“I’ll have to be careful and breathe slowly,” he says, “so I make good contact with my foot!” You can see his interview with ESPN below.