In an interview with Golf Channel on Wednesday, Sergio Garcia cited “emotional, personal news” for his behavior at the Saudi International last month, where he was disqualified from the event for intentionally damaging five greens.

“I received some very emotional, personal news earlier that week that didn’t help,” the 39-year-old Spaniard said. “It was in the back of my mind. As I became frustrated on the course everything erupted.” 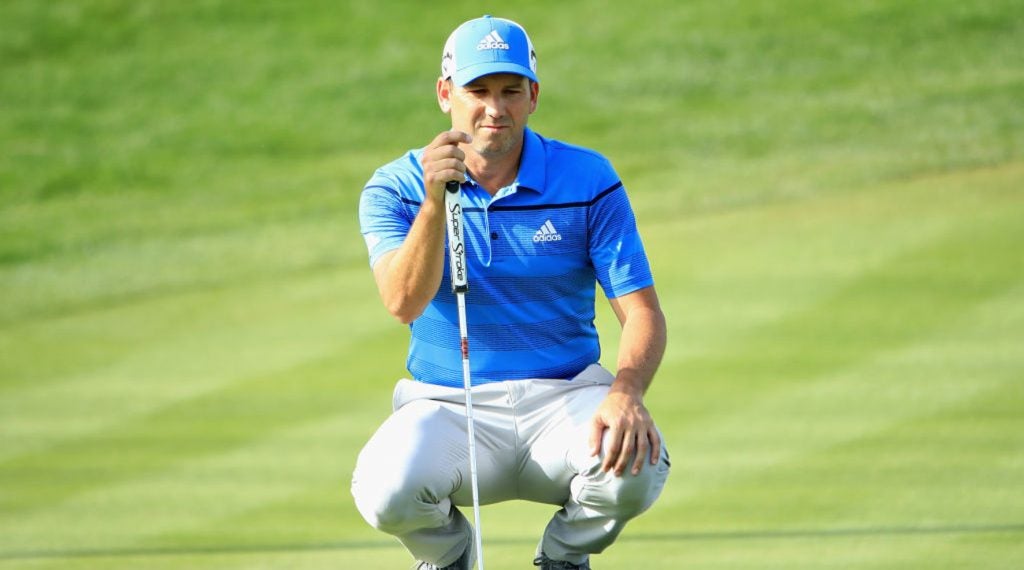 Despite his behavior in Saudi Arabia, Sergio Garcia did not receive a suspension.
Getty Images

Garcia was DQ’d from the Saudi event under Rule 1.2a, which, according to the USGA, states “that players are expected to play in the spirit of the game by acting with integrity, showing consideration to others and taking good care of the course. It unequivocally states the Committee’s authority to disqualify a player for any serious misconduct that is contrary to the spirit of the game.”

The 2017 Masters champion reportedly damaged the greens by dragging the sole of his shoe across the top of the putting surface and left a divot mark on the 6th green. Despite the disqualification, Garcia reportedly was neither suspended for his actions nor forced to return part of his appearance fee.

While video footage of Garcia damaging the greens has not emerged, a video of him having a fit of rage in the bunker at the fourth hole went viral. Garcia tomahawked the surface four times in quick succession before uttering a string of curse words in Spanish.

News
#AskAlan: At what event will Sergio Garcia get the most brutal reception this year?

Garcia did not say more about what the personal news was, but he did admit that he has spent time recently thinking about his actions in Saudi Arabia.

“It was a mix of some emotional and personal things going on and a little frustration with the greens,” said Garcia.

He also said that he can understand why many of his peers have been critical of his behavior in Saudi Arabia.

“I’m sure some of them aren’t going to be happy about it,” Garcia said. “We all make mistakes and I’m the first to admit it. “The only thing I can do is apologize. I’m going to work hard to behave the best way possible. Show everyone that not only am I a good golfer, I’m a good person.”

Garcia is slated to make his first PGA Tour appearance of 2019 this week at the Genesis Open.

“It’s not going to happen [again]. I’m going to make sure that doesn’t happen,” Garcia said. “I’m going to work really, really hard that those downs don’t get to that point.”